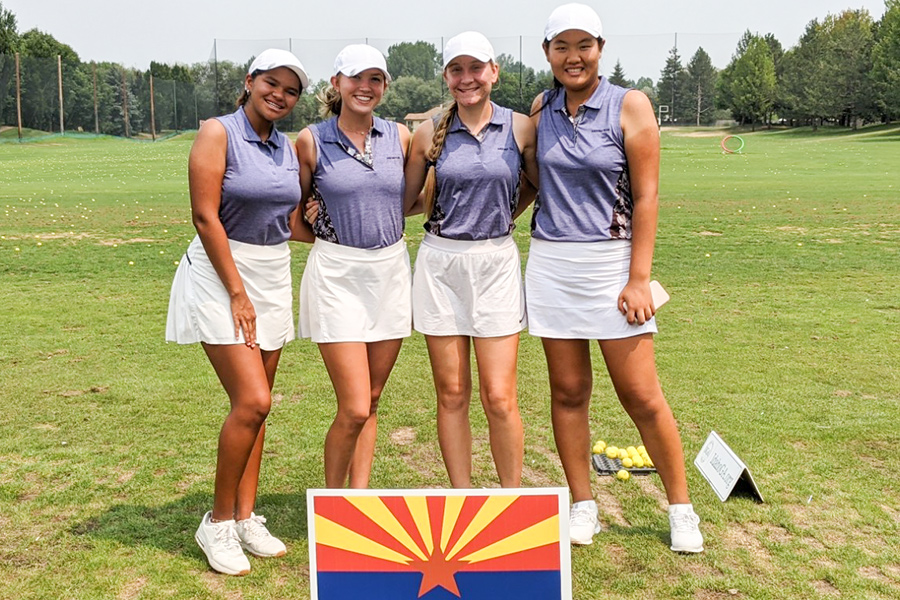 Mexico posted its fifth team victory in the past eight years at the 2021 Girls Junior Americas Cup, held July 20-22 at BanBury Golf Course in Eagle, Idaho. They held onto a three-stroke lead earned in the first round for the win at -19, three strokes ahead of runner-up, Idaho and seven clear of Southern California in third place. Team Arizona shot rounds of 3-over 216, 2-over 215 and 3-under 209 to finish the tournament in fifth place at 1-over-par 640.

Southern California’s Kylie Chong outpaced the field in the individual championship, with rounds of 67-65-68 to finish at 13-under par. Arizona’s Calynne Rosholt shot 74-71-69, +1, to lead team Arizona. Jennifer Seo put up steady rounds of 72-71-72 to finish a stroke behind at T18. Makenzie Cooper finished at +7 after rounds of 70-74-76, and Aryanna Morris shot a final round 2-under 68 for the team.

Congratulations to team Hawaii for being awarded the Joan Teats Award, which is given to the team that best exemplifies the qualities of leadership, sportsmanship, honesty, friendship and respect throughout the week.

About the Girls Junior America’s Cup

The GJAC is a non-profit organization established in 1978 under the leadership of Joan Teats with a mission to provide a premier international team-golf tournament that encourages sportsmanship, friendship, personal growth and development of young women golfers. The event began with 11 teams in ’78 which grew into 18 teams by 1991. Each team consists of the top four girls from each state/country that exemplify not only outstanding skill and experience, but also true sportsmanship, discipline, courtesy and strength of character. The tournament is a 54-hole competition with teams counting three scores and throwing out the team’s highest score. The event also includes a practice round, opening and closing ceremonies, a tournament banquet and a social event. Being chosen to represent our state/country to play in the Girls Junior America’s Cup is one of the highest honors in girls’ junior golf. To learn more, visit https://gjac.org/.