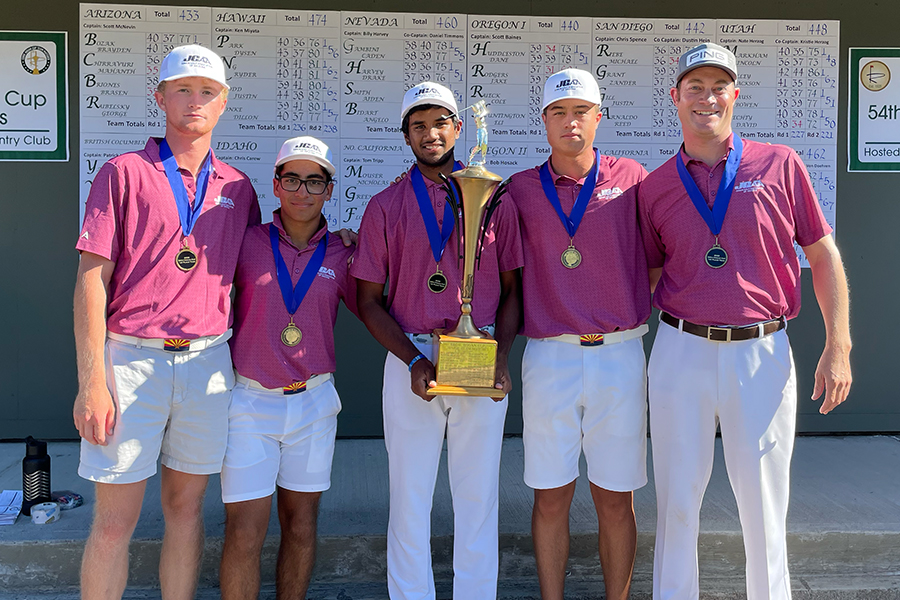 The Hogan Cup 36-hole team matches pit the best junior golfers from the Western United States and Canada against each other in a team format with the three lowest scores each day determining the team total. Medals are awarded to the top three teams as well as the top three individuals in the field.

The event began in 1969 in commemoration of the vast achievements and contributions to the sport by Eddie Hogan, their long-time head golf professional who served the club from 1939 until his tragic drowning death in 1968. At its inception, tje competition was between the Portland Metro All-stars and junior golfers representing the rest of the region.

Hogan, an Oregon Amateur champion and PNGA Amateur Champion, was credited for transforming the role of the golf professional, developing what is now considered the standard for the green grass pro shop. Hogan was also dedicated in helping the Oregon Golf Association develop its widely-recognized junior golf program.

Being selected to compete in Hogan Cup matches is an honor that has been bestowed to few individuals, and the excellence of past participants is indicative of the quality of the small, select field.

In the first three years of the Hogan Cup, the competition was comprised of the top Portland metro golfers pitted against the best golfers in the State. While no results are on file for the 1st and 3rd Hogan Cup Matches, in the 2nd Annual occurrence of the event, the metro team comprised of players including (but not limited to) John Fought, Bob Harrington, Peter Jacobsen and David Jacobsen, defeated the state team 11 to 4.

The 4th Annual Hogan Cup Junior Team matches in 1972 began the format similar to what we now enjoy today with the best juniors from the Western U.S. and Canada playing against each other. That was also the year that a meeting was held at Riverside, in conjunction with the Hogan Cup, to establish what is now known as the Boys Junior Americas Cup.

Initially, Oregon fielded two teams, one comprised of the best Metro area golfers and the other of the best State golfers. Today, as the host of this event, the Oregon Golf Association fields two teams known as Team #1 and Team #2.