By Golf EditorOctober 22, 2020No Comments 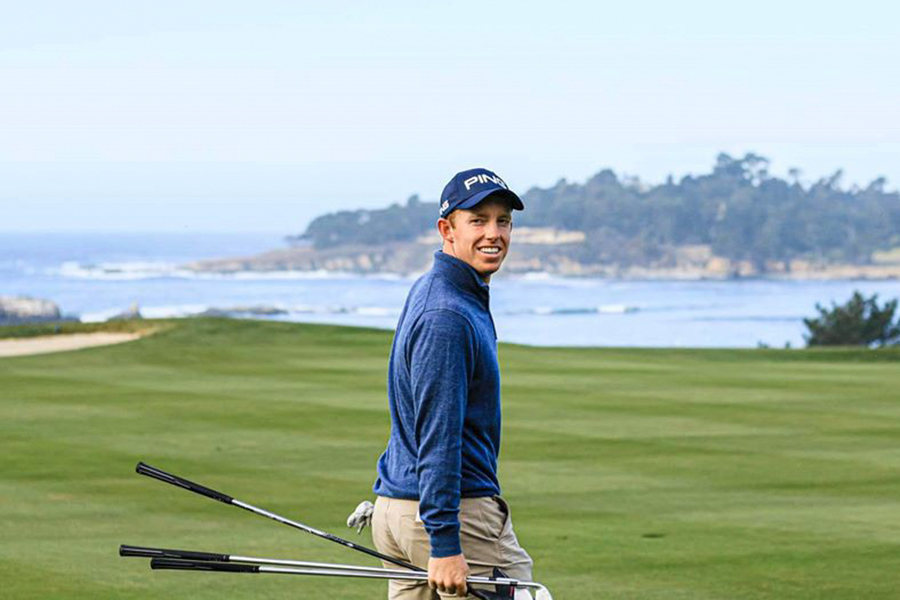 After three rounds in the 60s (66-64-67—197) at Oakcreek CC, Sam Triplett edged out Jared du Toit in a playoff to win The Sedona Open, a major on the Outlaw Tour schedule. In the final round, Triplett bounced back from a bogey on the 9th hole with three consecutive birdies, 10-12, before picking up one more on 14 to finish at 16-under par for the tournament.

“I started hitting it better on the back, made a few nice putts,” said Triplett. “I was fortunate out there. He putted great on the back, made a ton of birdies. You just have to expect him to make it after he makes one or two. It almost makes your job easier because you know if you don’t make it, he’s going to pass you. It just really focuses you on just trying to hit good putts. If they go in, great, if not, sometimes it’s not your day. But fortunately they went in for me.”

A senior at Northwestern, Triplett earned Second Team All-Big Ten honors, made the Division I PING Midwest All-Region Team, and posted his career-best scoring average (73.19) in his final season in Evanston.

In junior golf, the JGAA alum competed in more than 50 tournaments from 2008 to 2014, along the way winning the 2012 PING Junior Match Play and 2013 Tucson City Junior Championship. Triplett led team Arizona to a T3 finish at the 2013 Junior Americas Cup, as well as Brophy Prep to the 2011 Arizona state high school team championship.

Equally able in the classroom, Triplett is an AP Scholar award winner and National Merit Scholar.

image via: The Outlaw Tour