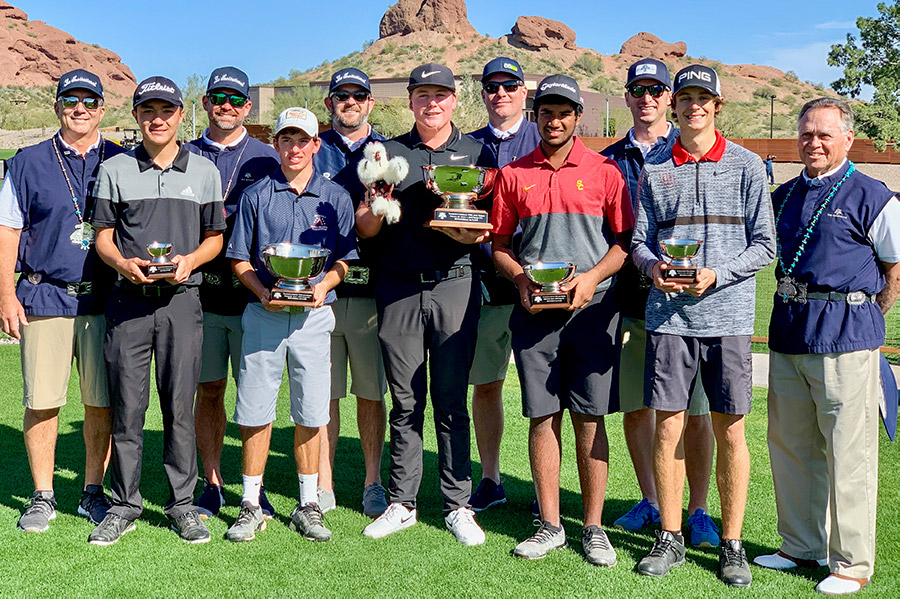 After shooting a first-round 69, one stroke off the pace, Preston Summerhays of Scottsdale fired a final-round 7-under-par 65, the low round of the tournament, to win the Thunderbird Invitational by two strokes at 10-under-par 134. Summerhays, scorched the back nine each day at Papago Golf Course with a pair of 5-under-par 31s that between them included eight birdies and one eagle. The reigning US Junior Amateur champion adds this win to another earlier this season in January at the PING Jr Masters Series’ Warren Schutte Invitational.

Mahanth Chirravuri of Chandler and Cameron Kaiser of Scottsdale finished tied for second place at 8-under-par 136. Chirravuri made eight birdies and an eagle en route to rounds of 69 and 67 and his best performance in the PING Jr Masters Series so far this season. Kaiser held a share of the first-round lead with a 4-under-par 68 that he duplicated in the second round. Likewise, it marked his best finish in the coveted PING Jr Masters Series. 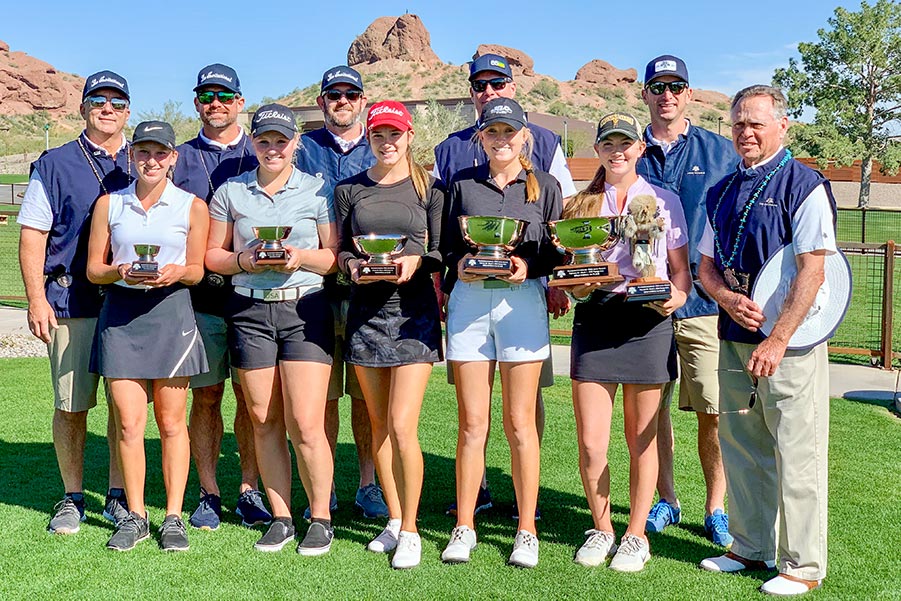 In the Girls division, Kendall Todd of Goodyear jumped out to a two-stroke lead after round one with a 2-under-par 70, while eventual champion, Calynne Rosholt of Cave Creek, sat tied for fourth place after a 3-over-par 75. Rosholt bounced back in the second round with a 4-under-par 68, the low round of the tournament on the girl’s side. Remarkably, on the front nine, she made birdie on the last four holes (five of the last six) before picking up two more on the way in to capture the championship at 1-under-par 143 in the 36-hole, PING Jr Masters Series tournament.

The win marked her first JGAA victory in three events entered. She finished fourth in January at the Warren Schutte Invitational and third at the Fisher-Bryan Invitational, both of which are PING Jr Masters Series tournaments.

Sydney Bryan of Mesa and Katie Stinchcomb of Cave Creek finished tied for second place at 1-over-par 145. Bryan, worked her way around Papago with a first round 74 before dipping below par in the second round with a 1-under 71. To date, she also posted top-5s in two other PING Jr Masters events. Stinchcomb, on the heels of a T5 at the Fisher-Bryan Invitational, fired a level-par 72 at Papago followed by a one-over 73.

The Thunderbirds were founded in 1937 with the mission of promoting the Valley of the Sun through sports. The Thunderbirds consist of 55 “active” members and more than 250 “life” members. In 2018 The Thunderbirds raised a record $14 million for charity from proceeds from last year’s tournament and have eclipsed $161 million in charitable giving since its inception in 1932. For more information on The Thunderbirds or the Waste Management Phoenix Open, visit www.wmphoenixopen.com.

The PING Junior Masters Series tournaments are made up of five 36-hole, invitation-only, competitions where top-ranked Arizona junior golfers play locally against their peers. Due to the strength of the field, players earn more national-level points. This helps Arizona’s best enter national junior golf tournaments as well as better prepares them for college golf and securing college golf scholarships.

“Our goal is to provide a competitive place for aspiring players to play,” said Alex Clark, Chairman of the Board of the JGAA. “This tournament series will allow kids to earn national-level points and will serve as a launching pad into nationally chartered events.”