By Golf EditorSeptember 16, 2020No Comments 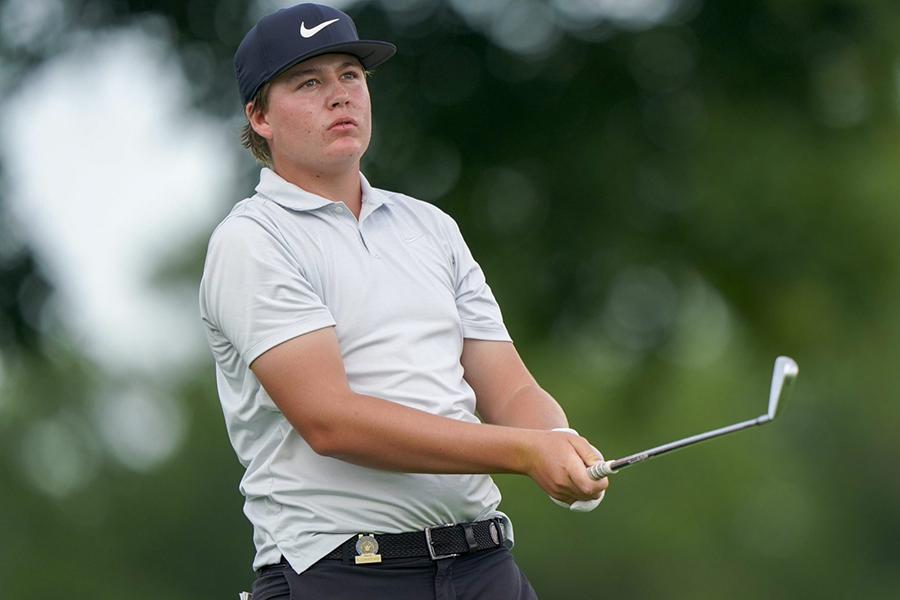 Everyone looks forward to the U.S. Open – especially this year – and the JGAA family has one more big reason to cheer: Preston Summerhays. The 18-year-old from Scottsdale earned his way into the 120th U.S. Open Championship by virtue of the U.S. Junior Amateur win to become the youngest player in the 2020 field.

He’ll tee it up on the notoriously difficult Winged Foot Golf Club in New York at 7:12 a.m. ET Thursday along with Tom Lewis of England and Jason Kokrak of Ohio.

“The course is great with small fairways, thick rough and pretty sloped greens that are going to be pretty firm. It’s going to play tough,” he said in an interview with Deseret News.

“I think my game is in a good position for the course,” he continued. “One of the biggest things is the rough, it’s so thick that if you hit it and don’t get a good lie you’ll be chipping out with a pitching wedge or 9-iron. So the biggest deal is trying to hit lots of fairways, stay out of the really thick rough and hit as many fairways as I can. It’s going to be fairways and greens this week.”

A sound strategy every golfer in the field will no doubt employ, including Summerhays’ practice round pals Rickie Fowler, Jimmy Walker, Tony Finau, Gary Woodland, Colin Morikawa and Xander Schuffele.

“All those guys are top players so it was really cool for me to tag along, watch them and see how they get around the course and what their skills are,” Summerhays said.

Does he really think he can run with these guys?

“I do, as long as I play my game and stay focused,” he said. “I think I’ll have a good chance to play well this week.”

We do too! Go get ‘em Preston!