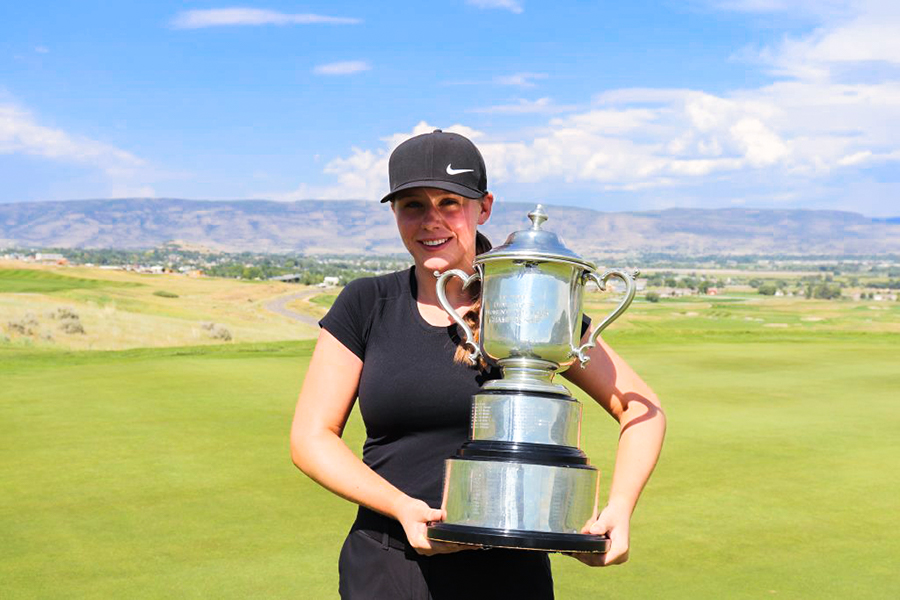 Grace Summerhays made history as the youngest Utah State Women’s Amateur champion after coming out on top at the 114th tournament held July 13-16 at Soldier Hollow Golf Course.

“This means a lot; I hadn’t won yet, and my dad told me this was going to be my last year to be the youngest,” Summerhays said. “I was super excited and just glad that my game was there this week.”

Under windy conditions, she capped off the championship with a 3-and-1 win in the final match over the highly accomplished, Kelsey Chugg, who jumped out to an early lead after the second hole.

“I knew that Kelsey would play well; she’s won four times for a reason,” Grace said.

Summerhays came back to hold a 2-up lead after 12 holes before her par putts on 13 and 14 slid by the hole to level the match. Then it was Chugg’s turn to lip-out, which she humbly summed up as:  “That’s golf, right?”

Grace joins her uncle Daniel and her brother Preston as Utah Amateur champs; however, but she needs one more next year to match their two-time, consecutive-win mark. Good luck next year! 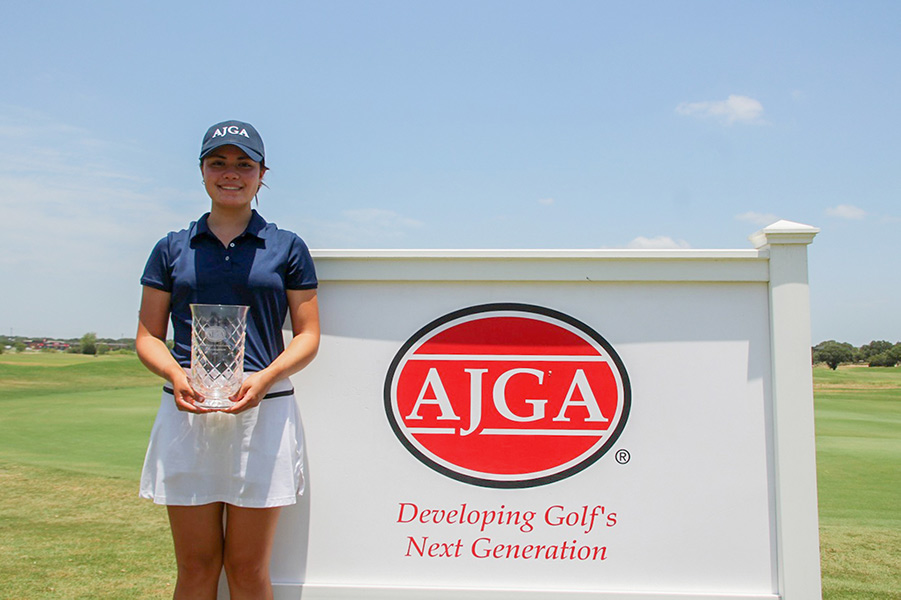 At the same time Grace was battling at the Utah Women’s Am, another JGAA standout was making waves of her own. Ashely Menne fired a 3-under-par 213 to win by two strokes in the AJGA Junior at River Crossing in Spring Branch, Texas.

She won the championship on the heels of a T2 finish in late June at the Insperity Invitational / Patrick Reed AJGA Junior Championship, and has since followed up with a seventh-place finish at the Under Armour® / Jordan Spieth Championship, July 23.

In her win, Menne came out swinging with a 5-under 67 before backing up a bit in the second round with a 4-over-par 76. She then steadied the ship and cruised to victory in the final round sparked by three birdies in the first six holes.

Menne is set to play golf for the Sun Devils followed by Preston Summerhays, who verbally committed for the 2021 season. 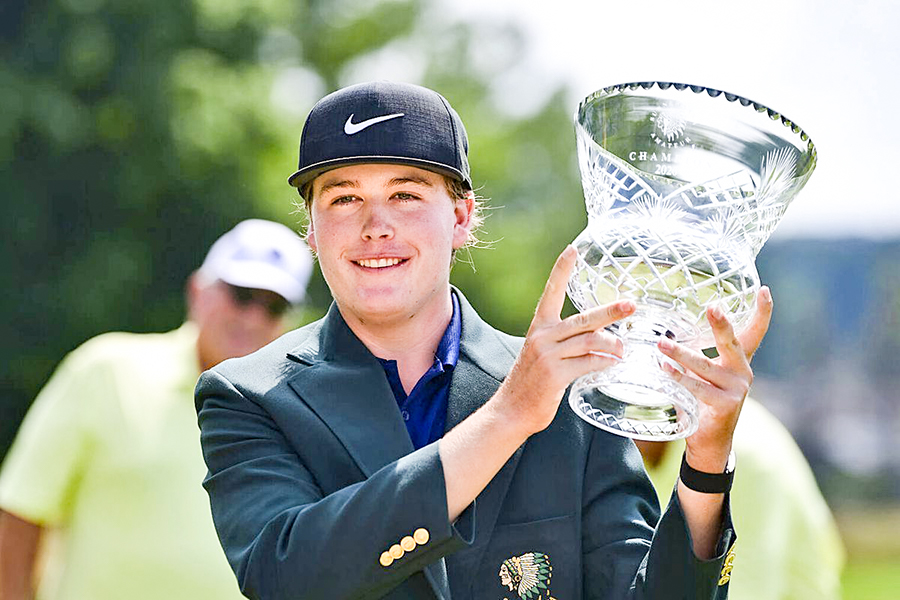 Recently, Preston’s best-laid plans to defend his U.S. Junior Amateur title were dashed, so he switched gears and won the Sunnehanna Amateur held July 21-24. And he did it in style as the only player in the field to post all four rounds in the 60s, with a record-tying, 14-under-par performance.

“This is definitely one of the bigger amateur events with a great field and a great course,” Summerhays told reporters. “To win an event that other great players have won and gone on to do good things means a lot to me.”

Preston, Grace and Ashley are certainly on their way to more “good things.” Congratulations to them and all JGAA members who grind it out on the golf course and the classroom.