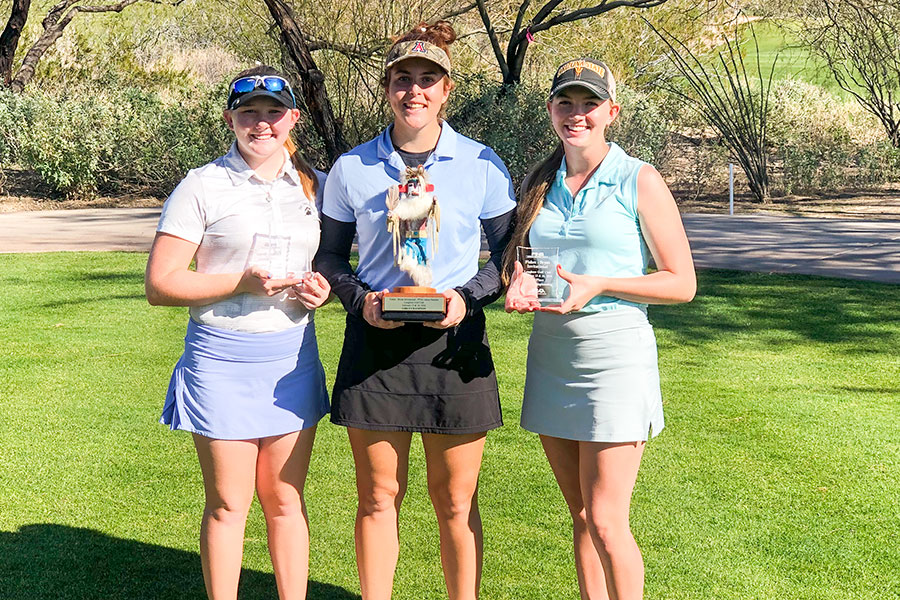 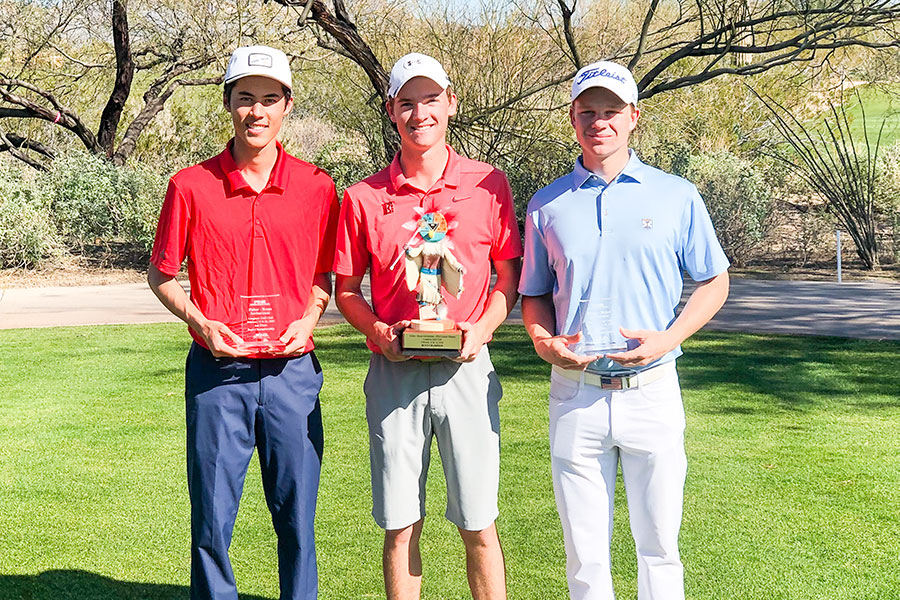 On the girl’s side, Tucson’s Maya Benita prevailed in a playoff over Peoria’s Mattison Frick after they both finished regulation play tied for first place at even-par 142. Frick held the first-round lead with an even-par 71, which she duplicated the next day, while Benita followed an opening 73 with a 2-under-par 69, the lowest round of the tournament, to catch Frick after 36 holes and force a playoff. Benita then made birdie on the first playoff hole, the par-5 18th, for the win. Calynne Rosholt of Cave Creek came in third place after rounds of 72-71—143 (+1), only one stroke off the pace.

Benita, an American Junior Golf Association Scholastic Junior All-America bound for University of Arizona, has been a fixture at JGAA tournaments since 2016 with a third-place finish to go along with her win so far this season. Last year she notched 14 top-10 finishes in 15 events entered, 11 of which also were top-5 finishes.

Frick continues to play well by adding this recent runner-up finish to two wins and a T6 in only four tournaments entered this season. And Rosholt improved upon her fourth-place finish in January at the Warren Schutte Invitational, the first PING Junior Masters Series tournament.

In the first round on the boy’s side, Brady Haake of Gilbert birdied the 18th hole while Riley Lewis of Prescott birdied the last three holes to both post scores of even-par 71, one stroke off the pace set by Mahanth Chirravuri. Haake then pulled away from the field in the second round with a 7-under-par 64 to win by six strokes over Lewis who shot 70 to finish in second place for the tournament at 1-under-par 141. Cade Anderson of Scottsdale finished in third place at even-par 142 with rounds of 72-70.

So far this season, Haake finished 4th in the New Year Classic and T22 in the Warren Schutte Invitational to go along with a win last year in the Mesa City Jr/IMG Jr World Qualifier and a second-place finish at the Phoenix Metro Jr. – presented by Van’s.

“Two great days out here at Longbow with Brady’s incredible final round and Maya’s playoff win,” said Scott McNevin, Executive Director of the JGAA. “Thank you to the Jeff Fisher and Stacie Bryan Golf Academy for all they do for junior golf. And thank you to Longbow for hosting our second PING Junior Masters tournament. Longbow has a long history of hosting prestigious events, we’re happy to be a part of it.”

Openings for junior players from neighboring states will be dependent on availability at each event. Qualified junior players can sign up for the PING Junior Major Series by visiting www.jgaa.org.

To learn more about the JGAA and the PING Junior Masters Series, contact Scott McNevin, JGAA Executive Director, smcnevin@jgaa.org, or call Scott at 602-944-6168.