By Golf EditorSeptember 27, 2021No Comments 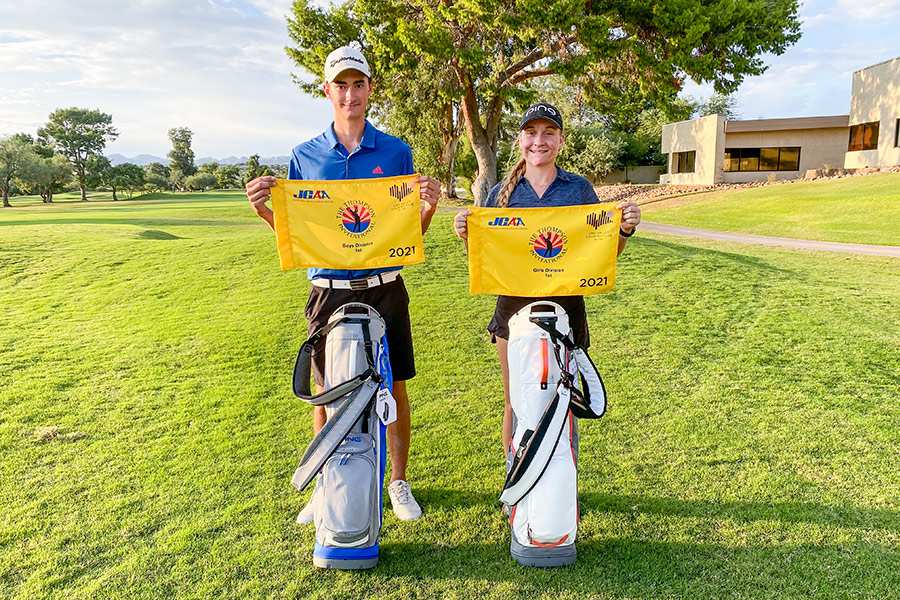 The 2021 Thompson Invitational kicked off September 25-26 at Oro Valley Country Club with 70 boys and girls competing for top honors. In the Girls Championship division, Litchfield Park’s Makenzie Cooper set the pace in the first round with a 2-under-par 70 that included a 5-under-par 31 on the front nine. She would hold on for the win after a second round 74 to finish the tournament at even-par.  Carolyn Fuller earned second place with two steady rounds, 72-73, to take second place at 1-over par. Defending champion, Raina Ports, of Oro Valley finished in third place, three strokes off the pace, with rounds of 73-74. And Mackenzie McRee of Tucson shot rounds of 75-73 to take fourth place at 4-over par.

After the first round on the boy’s side, Brasen Briones of Tucson stepped out to a two-stroke lead with a 2-under 70, featuring three birdies and a bogey. In the second round, Nicholas Lippe of Chandler improved on his first round 73 by shooting 3-under 69. Late in the round he reeled off four birdies over five holes, 12-16, to close out the championship at 2-under par. Briones put up a 75 in the second round to finish in second place, three strokes off of Lippe’s pace. Dallin Delgado of Mesa also made a run in the second round. He posted a bogey-free 69, which included three consecutive birdies at holes 9-11, to finish in third place at 2-over par. And Carlos Astiazaran of Tucson earned fourth place at 3-over par with rounds of 74-73.

Michael Thompson, a Tucson native, grew up playing in the Ricki Rarick Junior Golf program, Southwest Section PGA events and JGAA tournaments from 2000-2003.  He was a member of the 2001 Eddie Hogan Cup team representing Arizona, where he finished third individually. Thompson played collegiate golf at the University of Tulane before transferring to the University of Alabama.  In 2008, Thompson was named the SEC Player of the Year and shortly after turned professional. In 2013, he won his first PGA TOUR event at the Honda Classic and his second at the 3M Open July 2020.