Mahanth Chirravuri Fires 14-Under Par to Win the IHOP Classic 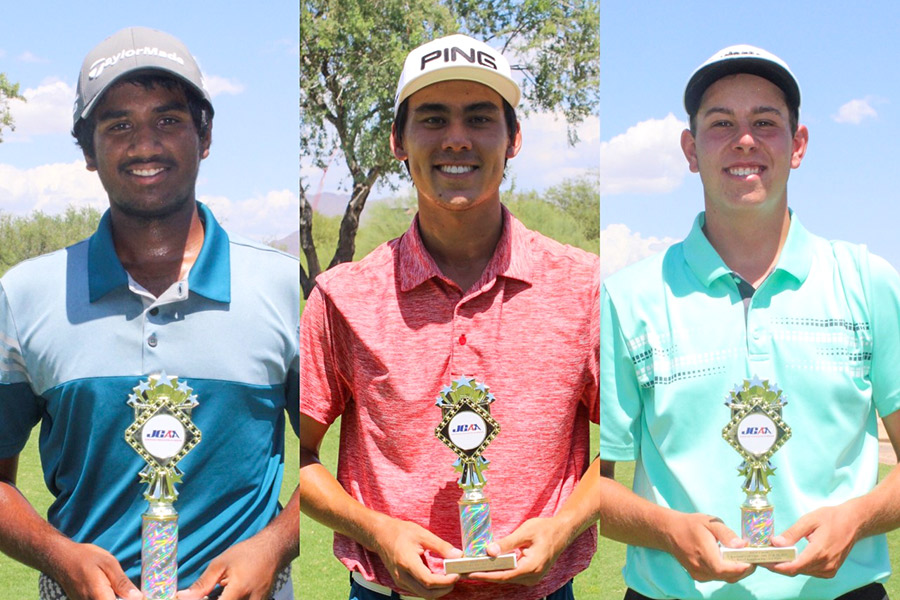 Mahanth Chirravuri posted an astounding 14-under-par 130 made up of a pair of 65s to overwhelm the field in the Boys Championship division at the IHOP Classic, held July 21-22 at Kierland Golf Club (Ironwood-Acacia rotation). Chirravuri got the lead early and never looked back. He birdied the first four holes of the tournament, picked up two more before making the turn at 6-under-par 30, and “cooled off” with a 1-under par back nine to finish the first round at 7-under 65. Trevor Lewis of Prescott shot 5-under-par 67 to finish the first round in second place.

Chirravuri put up another 65 in the second round, this time, thanks to a bogeyless 4-under-par back nine along with an eagle and two birdies on the front nine. Lewis backed up two strokes with a 3-under 69 featuring birdies on holes 10 and 11 as well as an eagle-3 on the par-5 18th hole to capture second place at 8-under-par 136. Daniel Henely of Tucson came in third place at 7-under-par 137 (71-66). And defending champion, Anawin Pikulthong, of Gilbert came in tied for fourth place at 6-under-par 138 (71-67). 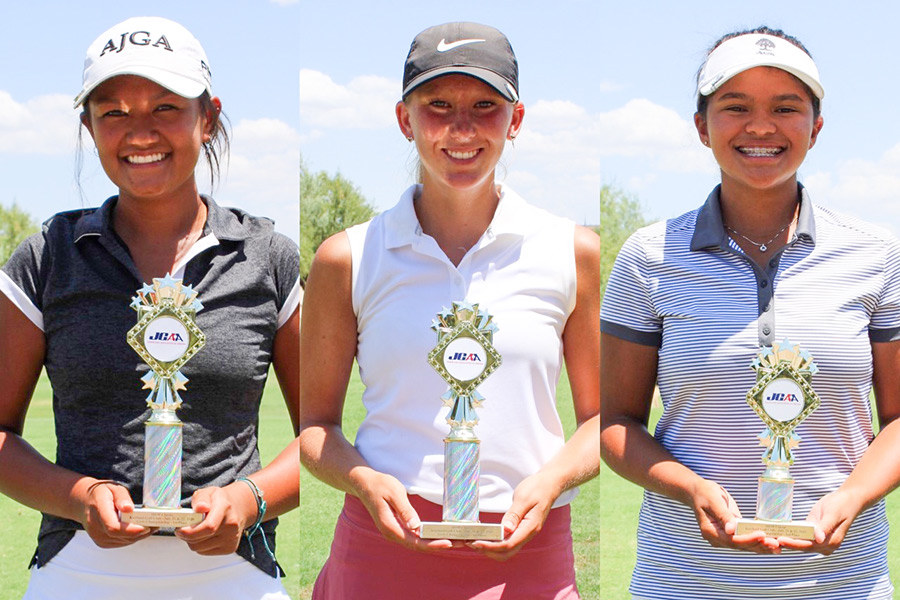 In the Girls Championship division, Mackenzie McRee of Tucson shot a first-round, 1-under-par 71 for a share of the first-round lead alongside Katie Stinchcomb of Cave Creek. Makenna Cabardo of Scottsdale finished one stroke back with an even-par 72. Cabardo and McRee swapped scores in the second round to finish tied for first place at 1-under-par 143. Due to Covid-19 precautions, playoffs are suspended. Aaryanna Morris of Avondale put up three-consecutive birdies on holes 14-16 down the stretch to earn third place at even-par 133 (73-71).

Romulus Restaurant Group’s Arizona IHOPS are proud sponsors of the JGAA. Since 1958, IHOP® has been the place where people connect over breakfast, enjoy study breaks, grab a bite before or after sporting events, and so much more. Romulus Restaurant Group, the largest franchisee and developer of IHOP Restaurants, is headquartered in Phoenix where it operates IHOP Restaurants in Arizona, Idaho, Pennsylvania, Oklahoma, Kansas, Texas, New Mexico, Indiana, and Ohio.