By Golf EditorNovember 23, 2021No Comments 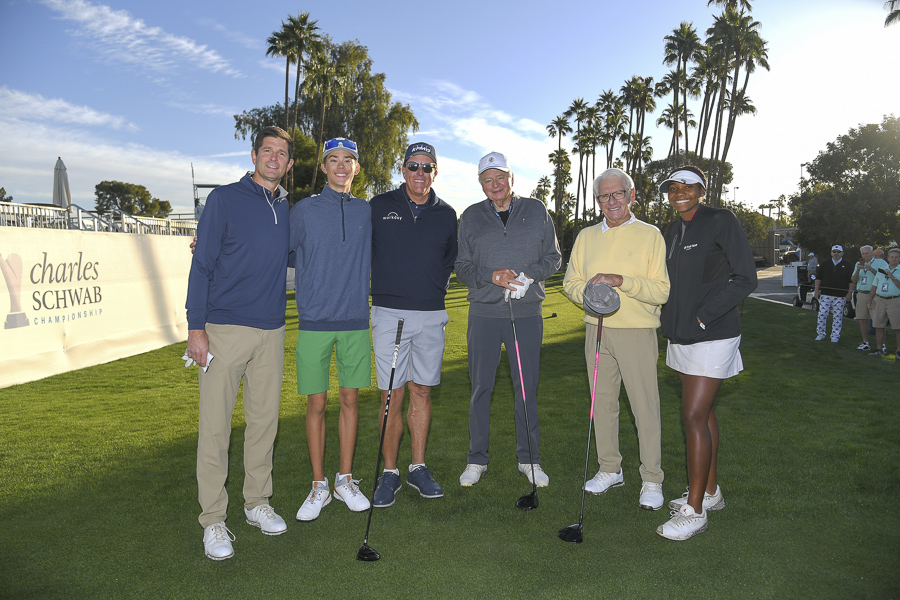 PHOENIX, AZ – NOVEMBER 10: Phil Mickelson stands in for a group photo on the first tee box prior to the PGA TOUR Champions Charles Schwab Cup Championship at Phoenix Country Club on November 10, 2021 in Phoenix, Arizona. (Photo by Ben Jared/PGA TOUR)

Abi Morris and Jake Walden represented the First Tee of Phoenix in Wednesday’s pro-am at the Schwab Cup, playing alongside Charles Schwab and Phil Mickelson.

“Ya know, I’ve never been more nervous hitting a tee shot in my whole life,” said Walden in a post-round interview.

For Morris, it took a while to sink in after she first realized Phil was going to be her fourth. 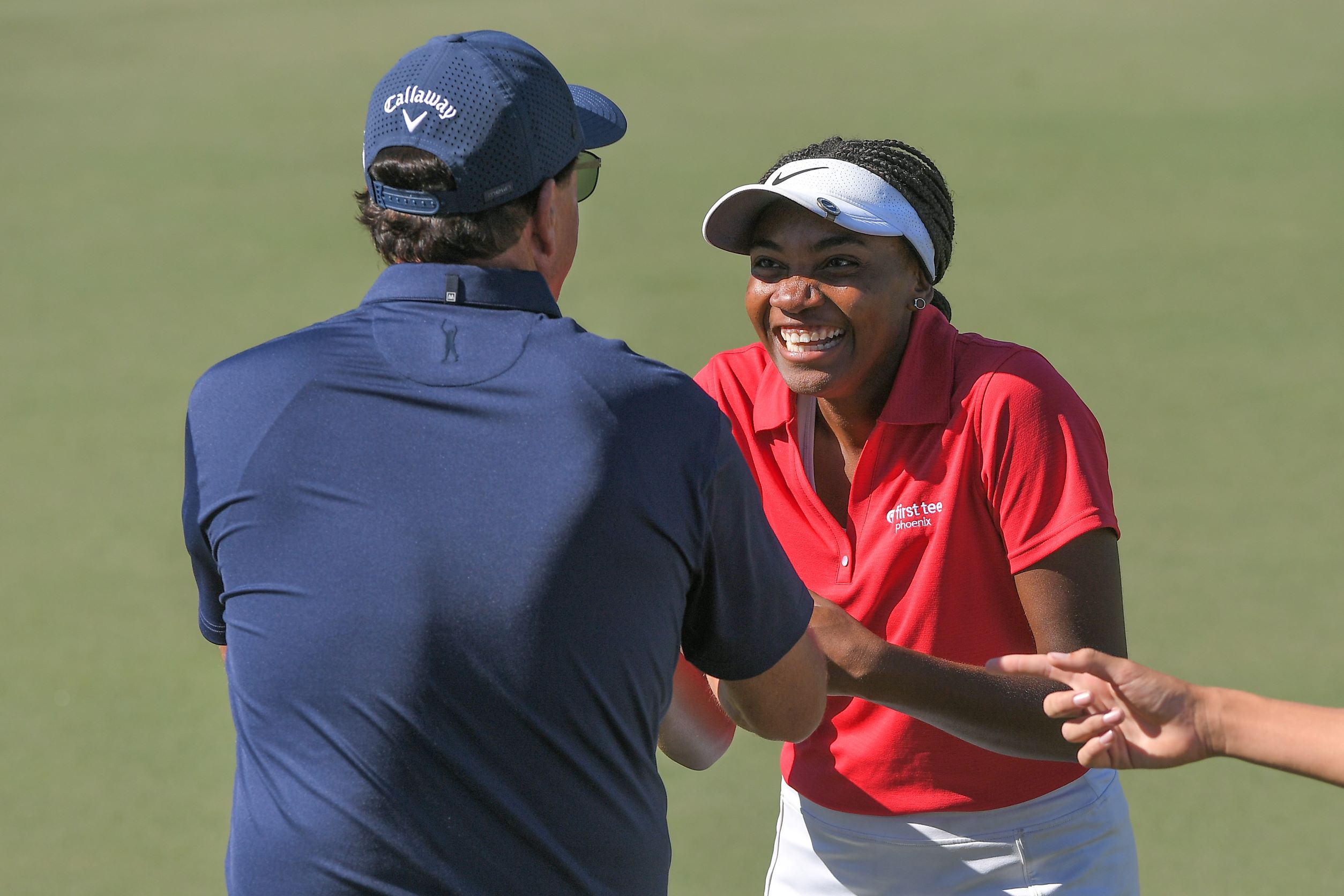 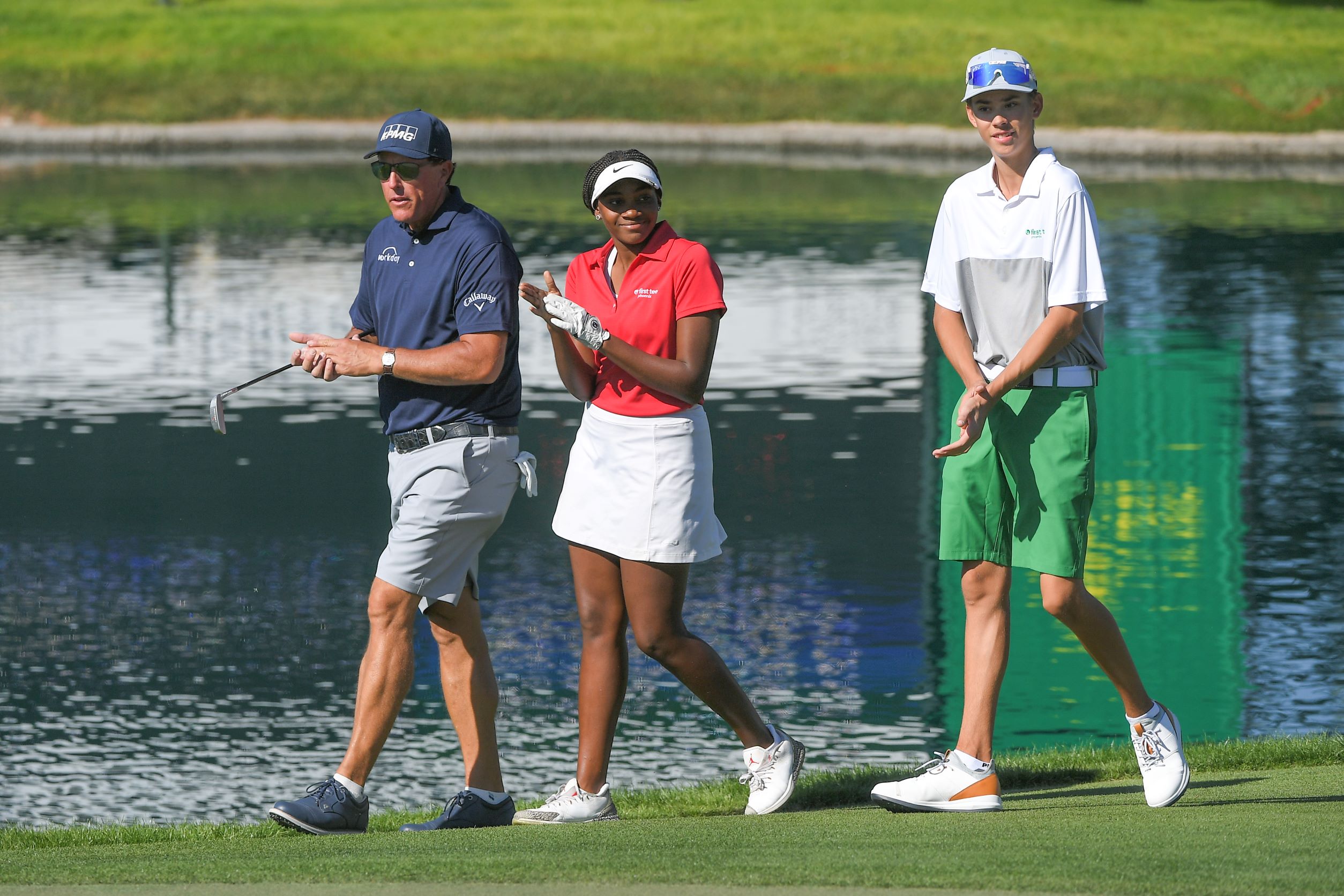 “My heart stopped; I was almost in denial. I was like ‘no, y’all are just messing with me. No way.’ I was just excited; I don’t even know how to explain it.”

Walden summed up the day as “social and fun, and that’s what we had out there today: a lot of fun.”

The two entered the event as part of an announcement for a new Charles Schwab Challenge Grant supporting First Tee Chapters across the country, including First Tee — Phoenix. This Grant program will provide First Tee — Phoenix matching dollars and the opportunity to significantly grow and deepen their impact over the next several years.