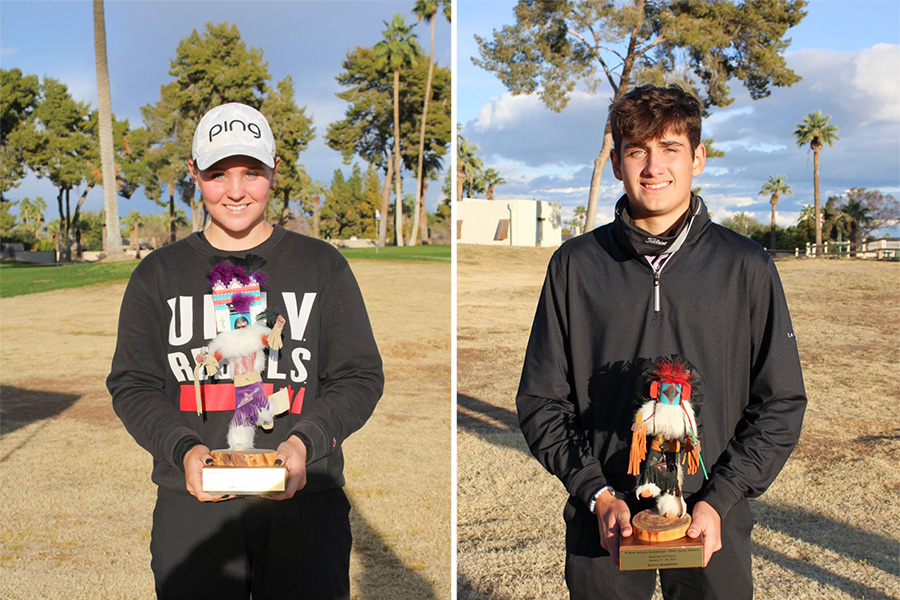 The Warren Schutte Invitational presented by Hilgers Orthodontics, the first PING Junior Masters Series tournament of the 2021 season, teed off January 23-24 at Wigwam Golf Resort, with round one contested on the Gold Course and the final round on the Red Course.

In the Boys Championship division, three players shared the first-round lead at 1-under 71, including Adam Miller of Phoenix while six others sat just one stroke behind. Miller then pulled away from the pack on the Red Course after firing a second-round, 8-under-par 64 that included four consecutive birdies on holes 2-5 and again on 11-14. Miller landed at 9-under-par 135 to win by five strokes over Anawin Pikulthong of Gilbert, who gave chase with a final-round 68 to finish in second place at 4-under-par 140 (72-68). Two players – Ethan Evans Mercer Island, Washington and Noah Nuez of Laveen – tied for third place at 3-under-par 141 with matching rounds of 72-69.

Miller starts 2021 season hot after a strong 2020 that included two runners-up at the Tucson City Junior Championship and the Phoenix Metro Junior Championship, and in mid-September, he notch a huge win at the AJGA PING Heather Farr Classic.

The Girls Championship division turned out to be a shootout between Kendall Todd of Goodyear and Grace Summerhays of Scottsdale. The only players to break 70, Summerhays set the pace in the first round after a 4-under-par 68 and Todd finished one behind with a 3-under 69. Todd then pulled off a two-stroke swing in the second round after posting a 1-over-par 73 to win by one stroke at 2-under-par 142 for the championship. Summerhays took second place (68-75—143) at 1-under par. And two players finished tied for third place at 4-over-par 148: Emma Tang (76-72) of Chino Hills, California and Jennifer Seo (73-75) of Chandler.

Todd picked up right where she left off last June, with a T1 finish at the Willie Low Invitational, another PING Junior Masters Series tournament, and a win the week before at the State Junior Golf Championship. She also notched top 10s in two other 2020 PING Junior Masters events, 4th at the Thunderbird Invitational and 9th at last year’s Warren Schutte Invitational.