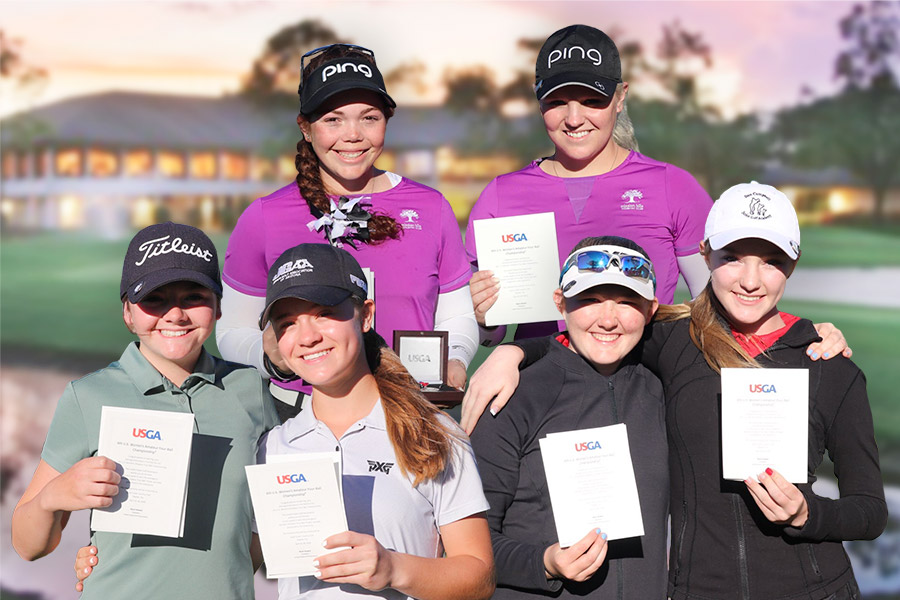 The local qualifying tournament was held January 27 at Pebblecreek Golf Resort with Abbey Schutte, 15, and Kendall Todd, 16, taking medalist honors shooting a 10-under-par 62. Both are from Goodyear and have been JGAA members since 2013. Schutte recently won the Warren Schutte Invitational, a coveted PING Junior Masters Series tournament on the JGAA schedule bearing the name of her father, while Todd placed ninth in the same event. Todd also posted seven top-10 finishes in 10 JGAA events entered in 2019.

Kailani Deedon, 14, Mesa and Gracie McGovern, 13, of Scottsdale, qualified with a 9-under-par 63. Deedon, a member since 2016, notched nine top-10 finishes in JGAA play in 2019 including a T3 performance at the USGA Girls Junior Amateur Qualifier. Gracie McGovern joins Deedon with an impressive record that includes 2019 highlights of a T2 finish at the State Junior Golf Championship and a second-place finish at the New Year Classic.

The final pair to qualify is made up of Mattison Frick, 15, of Peoria and Carolyn Fuller, 15, of Phoenix, shooting an 8-under-par 64. Frick joined the JGAA in 2016 and has entered an average of 16 tournaments each year since, with a recent win at the New Year Classic. Fuller, who came in fourth, notched seven top-10 finishes in 14 events entered in 2019, and has been playing in JGAA tournaments since 2015.