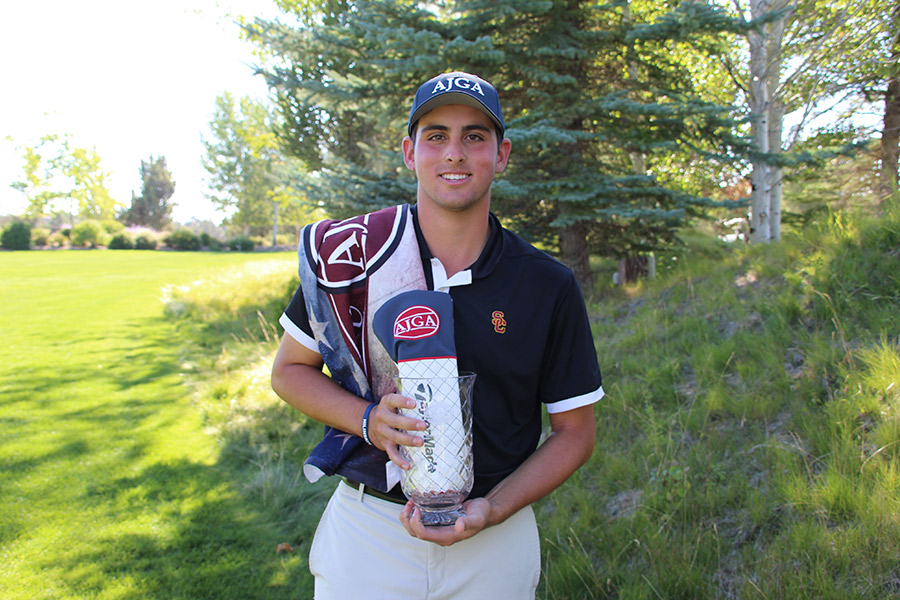 Congratulations to Gavin Aurilia on his first AJGA win. And he did it in style, piling up 14 birdies and three eagles en route to a 12-stroke rout at the AJGA Junior Pronghorn, held August 11-14 at Pronghorn Resort in Bend, Oregon.

“Feels good to finally get an AJGA win,” said Aurilia. “I’ve got second place three times, so it feels good to break through this way.” 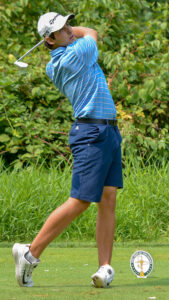 Aurilia grabbed a share of the first-round lead with a 1-under-par 71 on the Jack Nicklaus Signature Course, before turning up the heat in the second round with a 6-under-par 66 featuring birdies at 17 and 18. He picked up where he left off the next morning by going 5-under par for the first four holes of the final round. All but over at that point, Aurilia carded another eagle at 11 and a birdie at 15 to cruise to victory with a tournament-low, final-round 64 – 15-under par for the tournament.

This penciled-out to a whopping 12-storke margin over Ethan Tseng of Portland, Oregon at 3-under-par 213 (72-66-75) and three players tied for third place at 2-under par.

Aurilia – a verbal commit to USC – joined the JGAA’s Boys 10 and Under division in 2012, and since recorded several wins including the IMG Academy Junior World Qualifier and Chandler City Junior Championship in 2019 to go along with seven others since 2012.

Of the JGAA victories, the biggest was clearly the team championship at the 2018 Hogan Cup. Historic in fact: Aurilia, Mahanth Chirravuri, Tucker Clark and Jake Carlson posted Arizona’s second win in the Hogan Cup’s 50-year history. For his part, Aurilia finished T6 individually alongside Chirravuri.