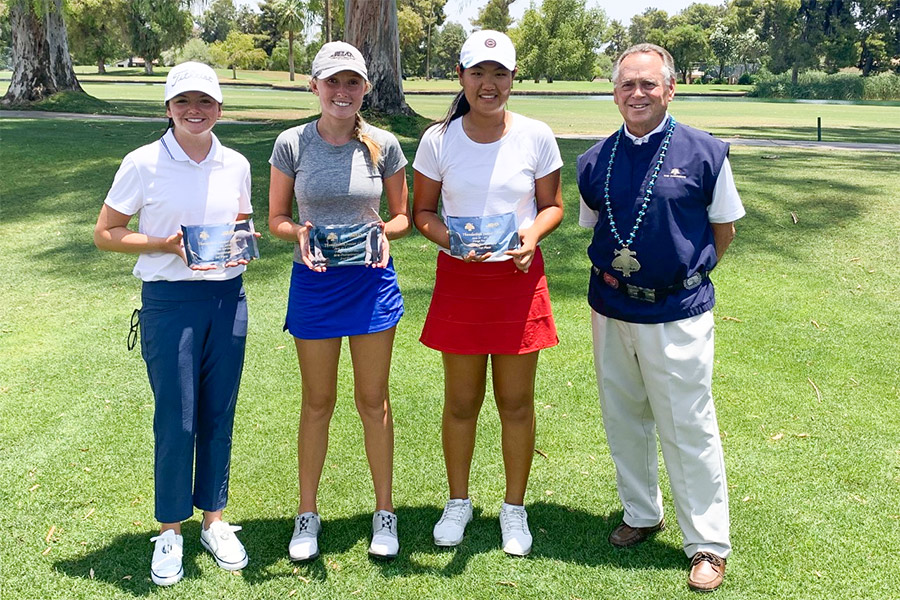 “This is always one of the biggest tournaments of the season,” said Scott McNevin, executive director of the JGAA. “And this year, it might even be the largest we’ve ever had – at least in the last 15 years. We added a third site to accommodate more kids.”

The Boys Championship title went to Dallin Delgado of Mesa after rounds of 68-69 on Talking Stick’s par-70 O’odham Course. He held on to a one-stroke lead gained after the first round to finish the tournament at 3-under par, topping four players tied for second place at 2-under-par 138:  Trevor Grenier (70-68) of Gilbert; George Rubelsky (70-68) of Phoenix; Kyle Wandel (69-69) of Phoenix; and Ethan Klose (69-69) of Phoenix.

Jennifer Seo of Chandler shot 68-72, 4-under par, at Orange Tree Golf Club to finish in first place in the Girls Championship division, three strokes clear of second place finisher and defending champion, Sydney Bryan of Mesa who shot 72-71. Gracie McGovern of Scottsdale came in third place after rounds of 75-71, 2-over par, six strokes off the pace set by Seo.

The Boys and Girls 13-14 divisions both played 18 holes each day on the Biltmore’s Adobe course, with Dylan Boenning of Scottsdale coming in first on the boys side at an impressive 6-under-par 136, featuring a final round 6-under 64. Aubrey Hilgers of Litchfield Park (70-75) and Julia Herzberg of Gilbert (74-71) finished tied for first place at 3-over-par 145, before Hilgers prevailed in a playoff.

Tournament hosts, The Thunderbirds, were founded in 1937 with the mission of promoting the Valley of the Sun through sports. The Thunderbirds consist of 55 “active” members and more than 280 “life” members who have helped the tournament eclipse $161 million in charitable giving since its inception in 1932 (through the 2020 tournament). For more information on The Thunderbirds or the 2022 WM Phoenix Open, visit www.wmphoenixopen.com.