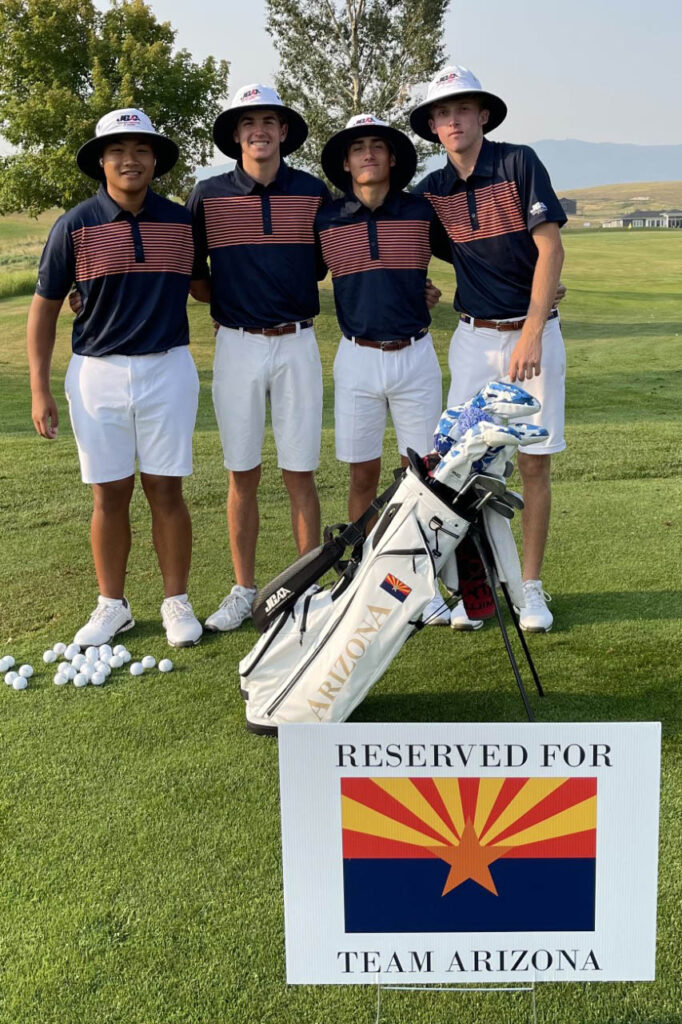 In the 54-hole competition, the three lowest (of four) scores determine the team score. All players also will be competing for the Sally Pini award recognizing the individual medalist.

“We can’t wait to get to work,” said Scott McNevin, Executive Director of the Junior Golf Association of Arizona (JGAA).  “Our team this year is filled with players who can really put up some low numbers. It’s great to get back to the Junior America’s Cup; the venue is fantastic; the atmosphere is electric; it’s just a lot of fun for the guys to mix it up.”

Rylan Johnson of Gilbert leads team Arizona into Junior America’s Cup. The Williams Field High School senior is currently ranked No. 1 in the Boys Championship division fresh from three wins, T2 and T3 since April.  Anawin Pikulthong, class of 2023 Hamilton High School, who also represented team Arizona in 2019 Junior America’s Cup, sits in third place in the race for JGAA Player of the Year honors. He has posted two wins, two runner-ups, a third place and T8 finishes this season. Adam Miller class of 2023 Scottsdale Prep earned the third spot on the team. He started out the JGAA season in January with a win at the Warren Schutte Invitational, a PING Junior Masters Series event, and most recently picked up another in June. And Charlie Palmer, class of 2023 at Brophy, rounds out the foursome. He enters the event with momentum from two recent runner-up performances at the State Junior Golf Championship and Willie Low Invitational.