Jennifer Seo comes out on top in Girls Championship division. 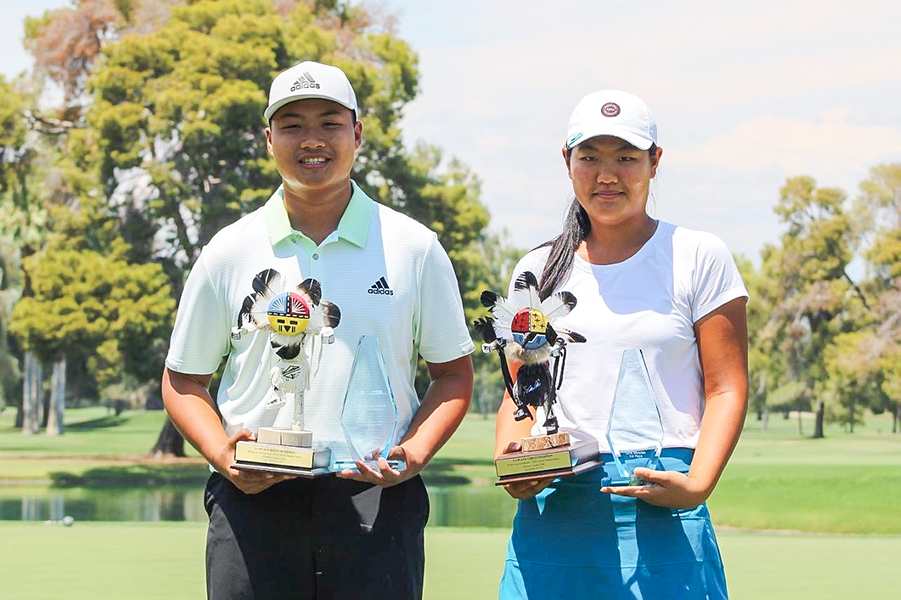 Gilbert’s Anawin Pikulthong separated himself from the field by an incredible nine-stroke margin after shooting a pair of 5-under-par 66s at Phoenix Country Club to win the Willie Low Invitational, the final PING Junior Masters Series tournament of the season. While the margin of victory raised eyebrows, Pikulthong’s win at 10-under par was anything but a surprise. He entered the field with a victory, two runner ups, one third place and a T8 finish so far this season.

In what turned out to be a three-player race, Girls Championship division winner Jennifer Seo of Chandler held a two-stroke lead after posting a 2-under 69 in the first round. Sitting three back, Mesa’s Sydney Bryan, bound for UNLV in the fall, gave chase in the second round with four birdies on the back nine to earn second place at -1 (72-69). Likewise, Gracie McGovern (71-71) picked up two birdies late in the final round to pull into third place at even-par 142.

The event honors the late Willie Low, one of the Valley’s top golf professionals for nearly a half century who started the tournament in 1969.  It has been showcasing the talent of junior golfers from across the state since then with past winners including PGA TOUR golfers Billy Mayfair (1983 and ’84), Ted Purdy (1989), Charlie Beljan (2000) and LPGA player, Sara Brown (2004).

“Our goal is to provide a competitive place for aspiring players to play,” said Alex Clark, Chairman of the Board of the JGAA.  “This tournament series will allow kids to earn national-level points and will serve as a launching pad into nationally chartered events.”