By Golf EditorAugust 11, 2020No Comments 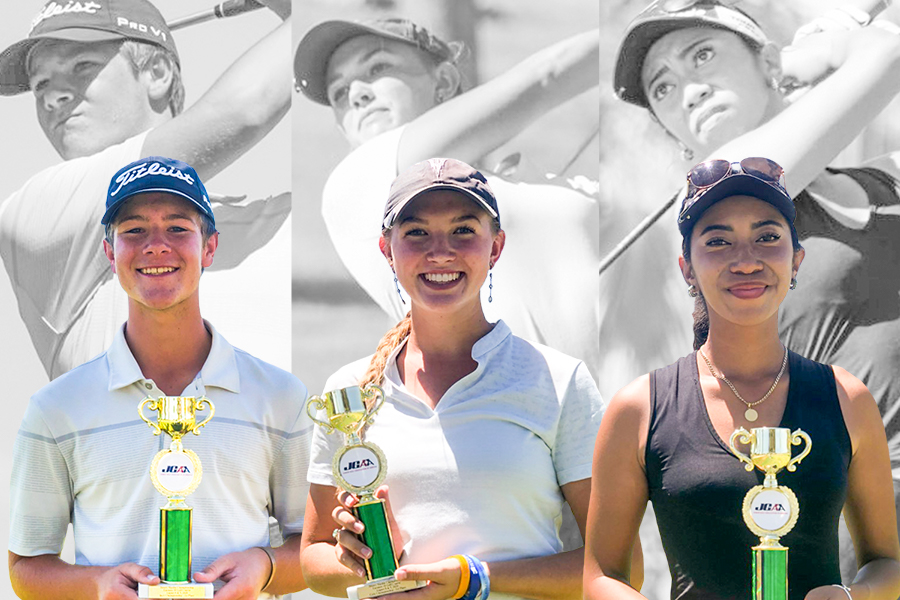 The 40th annual Desert Mashie Championship teed off at Encanto Golf Course August 8-9. In the Boys Championship division, Alex Lynch of Scottsdale started hot with a six-under 29 on his first nine holes of the tournament en route to the first-round lead at six-under 64, one shot ahead of Anawin Pikulthong of Chandler. In the second round, Lynch again got off to a great start with an eagle on the first hole. He then picked up three birdies on the way in to shoot 5-under 65 for the day – 11-under 129 for the tournament – earning the win by three strokes over Pikulthong who finished in second place at 8-under-par 132 after a final-round 67. Jackson Norwich of El Paso came in third place at 7-under-par 133 (68-65).

In the Girls Championship division, Calynne Rosholt (71-72) of Cave Creek and Alyzzah Vakasiuola (72-71) of San Tan Valley swapped scores each day to finish tied for first place (no playoffs due to health and safety precautions) after regulation play at 3-over-par 143. Kylee Loewe (74-71) of Scottsdale, Siya Khemka (72-73) of Chandler, and Malia Uyeshiro (73-72) of Queen Creek tied for third place at 5-over-par 145.

“The Desert Mashie has been giving our juniors a place to compete and have fun for 40 years,” said Scott McNevin, Executive Director of the JGAA. “It’s an honor for us to carry on the tradition of this tournament started by a group of people with a common passion for golf and the desire to see more kids grow up with the game.”