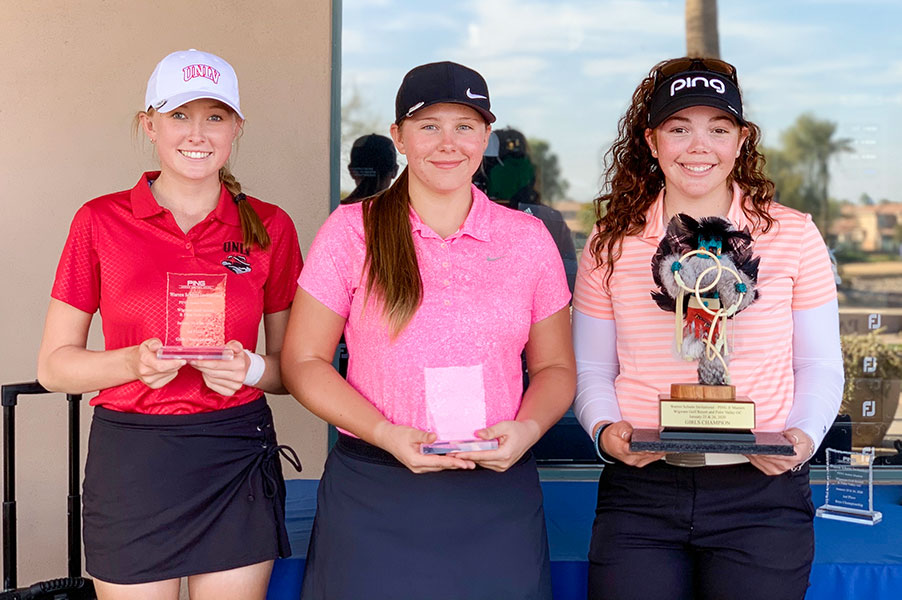 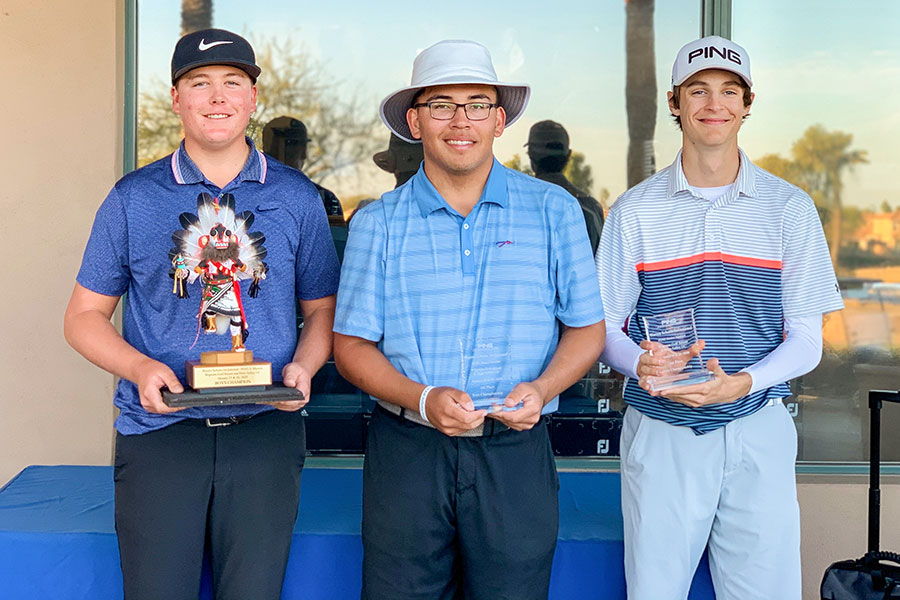 The Warren Schutte Invitational, the first PING Junior Masters Series tournament of the season, teed off January 25-26. Sponsored by Hilger Orthodontics, round one was held at Wigwam Golf Resort (Gold) and the final round at Palm Valley Golf Club.

Abbey Schutte of Goodyear took first place in the Girls Championship division. A sweet victory to be sure, she wins her second PING Junior Masters Series event, this time, at a tournament where the presenting sponsor, Warren Schutte Players Academy, was founded and operated by her father, Warren Schutte.

Abbey finished the first round on the Gold course one stroke off the pace with an even-par 72 highlighted by an eagle and three birdies. She followed up with a blistering 6-under-par 66 at Palm Valley to finish at 6-under-par 138, thanks to five birdies and an eagle. Of the seven JGAA event’s Schutte entered last year, she notched six top-10s, four top-5s, including one victory.

In search of her second PING Junior Masters Series win, Grace Summerhays of Scottsdale held part of the first-round lead (71) before finishing in second place three strokes back at 3-under-par 141 with a final round of 72. Defending champion, Sydney Bryan, of Mesa came in third place, five strokes back. She fired two steady rounds of 1-under-par 71, each day making one more birdie than bogey.

In the Boys Championship division, current US Junior Amateur Champion, Preston Summerhays, of Scottsdale prevailed in a competitive field where 14 rounds were recorded in the 60s. Summerhays shot two of them, 67-68, en route to a 9-under-par 135 final score. After a bogey-free first round, he buried two bogeys under six birdies, including clutch birdie-3s at 17 and 18 to edge out Daniel Thompson of Phoenix by one stroke. For his part, Thompson fired a fantastic first-round 66, the low round of the tournament, which featured eight birdies total, five on the front nine alone. He followed with a solid 2-under-par 70 to finish at 8-under-par 136. Jake Slocum (70-76) of Meridian, Idaho and Ben Lorenz (69-68) finished tied for third place at 7-under-par 137.

“What an exciting day for Abbey and her family. Honestly, it’s no surprise. She is an incredible talent with a bright future. The PING Junior Masters Series was created with players like her in mind,” said Scott McNevin, Executive Director of the JGAA. “Congratulations to Preston and the host of boys

finishing close behind. We’re seeing some exceptional play with the field in general responding to the challenge of the strong competition.”