Scott has been a resident of Phoenix since the fall of 2006. Originally from the San Francisco Bay Area, Scott migrated north to University of Oregon, where he graduated in 2002 with a degree in Journalism.

Scott has been playing golf for over twenty years, and working in the business since graduating from college. In 2003 he interned with the American Junior Golf Association, and started working full time as a Tournament Director for the AJGA in 2004. Scott was a tournament director for 15 national junior golf events across the country while working for the AJGA.

In the fall of 2006, Scott joined the Arizona Golf Association staff as Tournament Director. For the last three years with the AGA he was the Director of Rules and Competitions. His duties included teaching Rules of Golf Seminars for AGA member clubs, conducting AGA Championships and USGA Qualifiers and tournament scheduling. 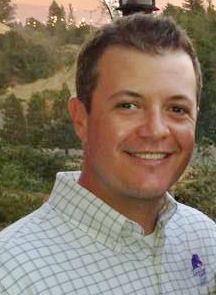