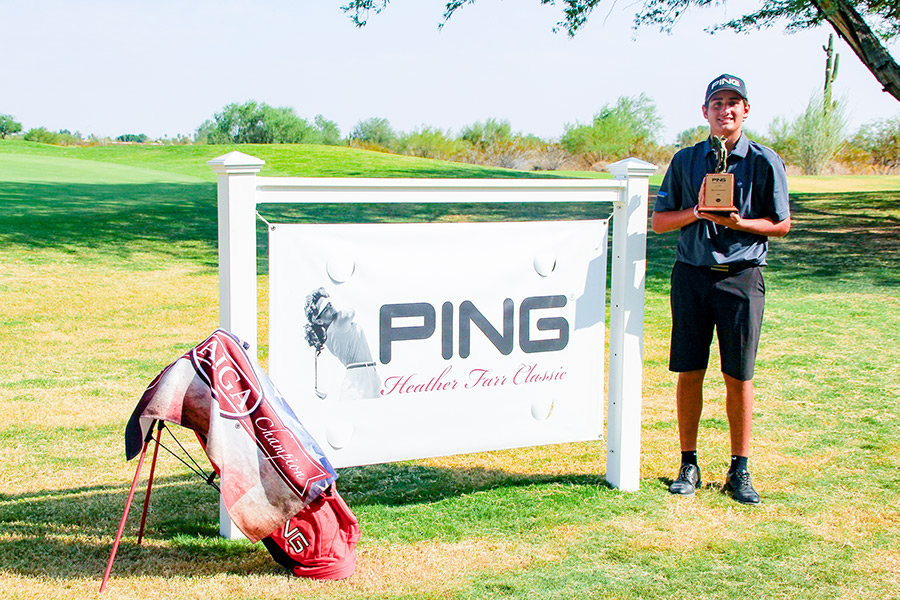 Miller started out the tournament with seven-straight pars before making bogeys at holes 8 and 10. Two holes later, he bounced back with an astonishing five-consecutive birdies at holes 12-16 to earn a piece of the first-round lead alongside Benjamin Hong of Brea, California at 3-under-par 68.

Miller started the final round where he left off in the first, carding four birdies in five holes, 3-7, before picking up two more birdies on holes 10 and 18 to shoot 5-under-par 66: 8-under-par 134 for the championship.

“This was only my second AJGA event, so I was just really surprised in myself that I could win,” said Miller.

Miller finished three strokes clear of second-place finisher, Jackson Rivera, of San Diego who fired rounds of 71-66 – including eagles on No. 18 both days – to finish at 5-under-par 137. Longtime JGAA member Mahanth Chirravuri came in third place at 4-under-par 138, four strokes off the pace. He set off some fireworks of his own with an eagle 2 on the par 4, 8th hole in the first round.

“The field this year was condensed to 78 total players [ages 12-19] versus 132,” said Scott McNevin, executive director of the JGAA. “So definitely harder to get in this year; the players needed to be fully exempt to make it.”