Where Are They Now? – George Markham

George Markham hits the motherlode on his way to the NCAA DII Men’s Golf Championships. 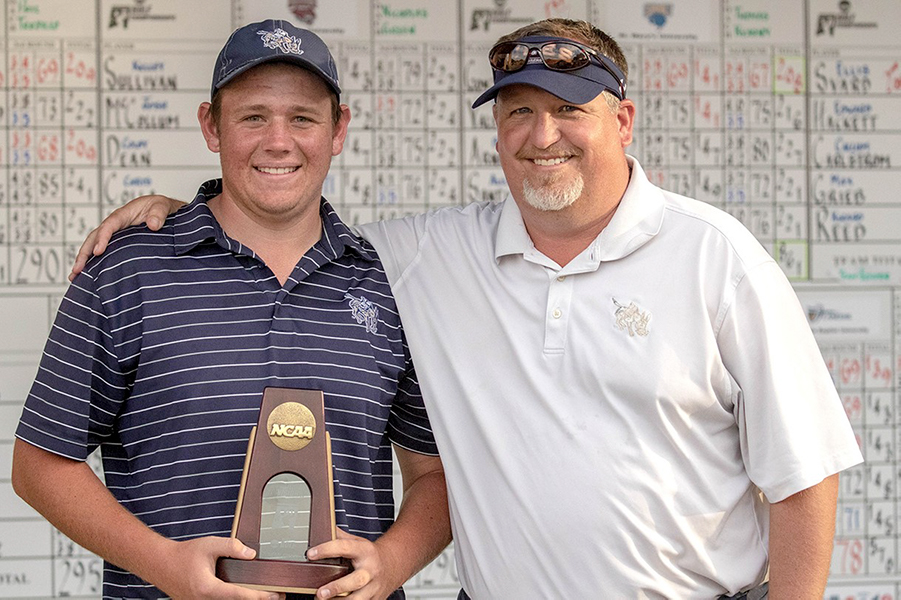 A junior “Oredigger” at the Colorado School of Mines and JGAA alum, George Markham tunneled his way into the field at the NCAA DII Men’s Golf Championships by capturing medalist honors in the West/South Central Regional Championships on May 7-9 at Tascosa G.C. in Amarillo, Texas.

“It was exciting to go to Amarillo and string together a few good rounds,” said Markham. “Feels like a longtime coming.”

He caught fire on the back nine of the final round. After carding his lone bogey of the day at the 10th, Markham bounced back with four birdies in seven holes to post a 4-under 67, good enough to tie for first place with St. Mary’s Emilio Gonzales. Markham went on to top Gonzales in the second playoff hole to earn medalist honors.

With the win, Markham is set to compete in the 2018 NCAA DII Men’s Golf National Championship to be held May 21-25, at the Robert Trent Jones Golf Trail at the Shoals in Muscle Shoals, Alabama.

Markham certainly made the best of his six years playing JGAA tournaments since first teeing it up in 2010 at 12 years old. He went on to play in 45 JGAA events notching 29 top-10 finishes, including four wins, along the way.

“Scott and the JGAA ran some great events that really tested my game on a variety of golf courses against good players,” he said. In fact, I still run into JGAA alums when I’m playing college tournaments. I started at 12, and have been at it for a long time. It was a great introduction to competitive golf as a younger players, and as you get older you play against stronger competition on some better and more challenging courses. The JGAA definitely prepared me for college golf.”