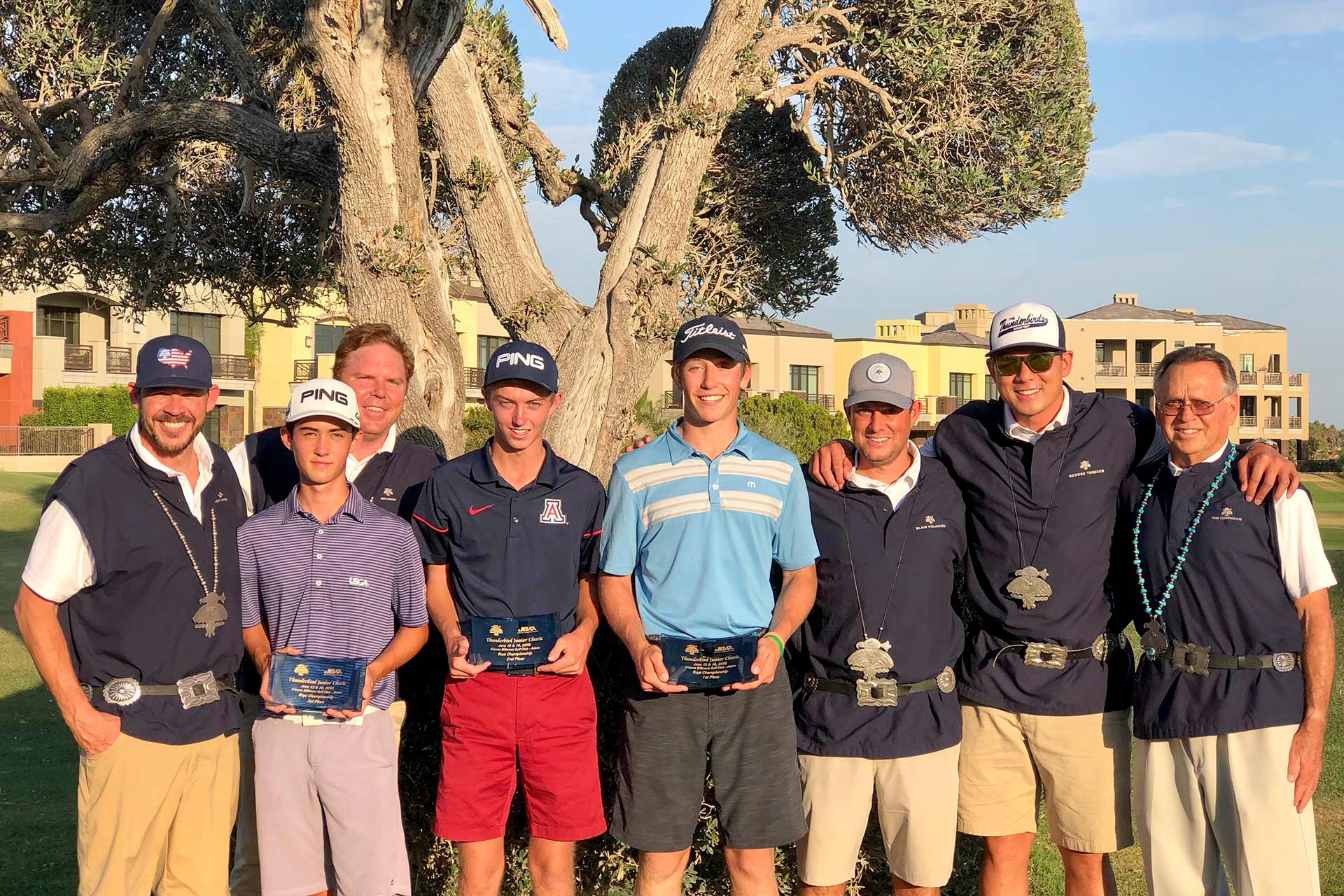 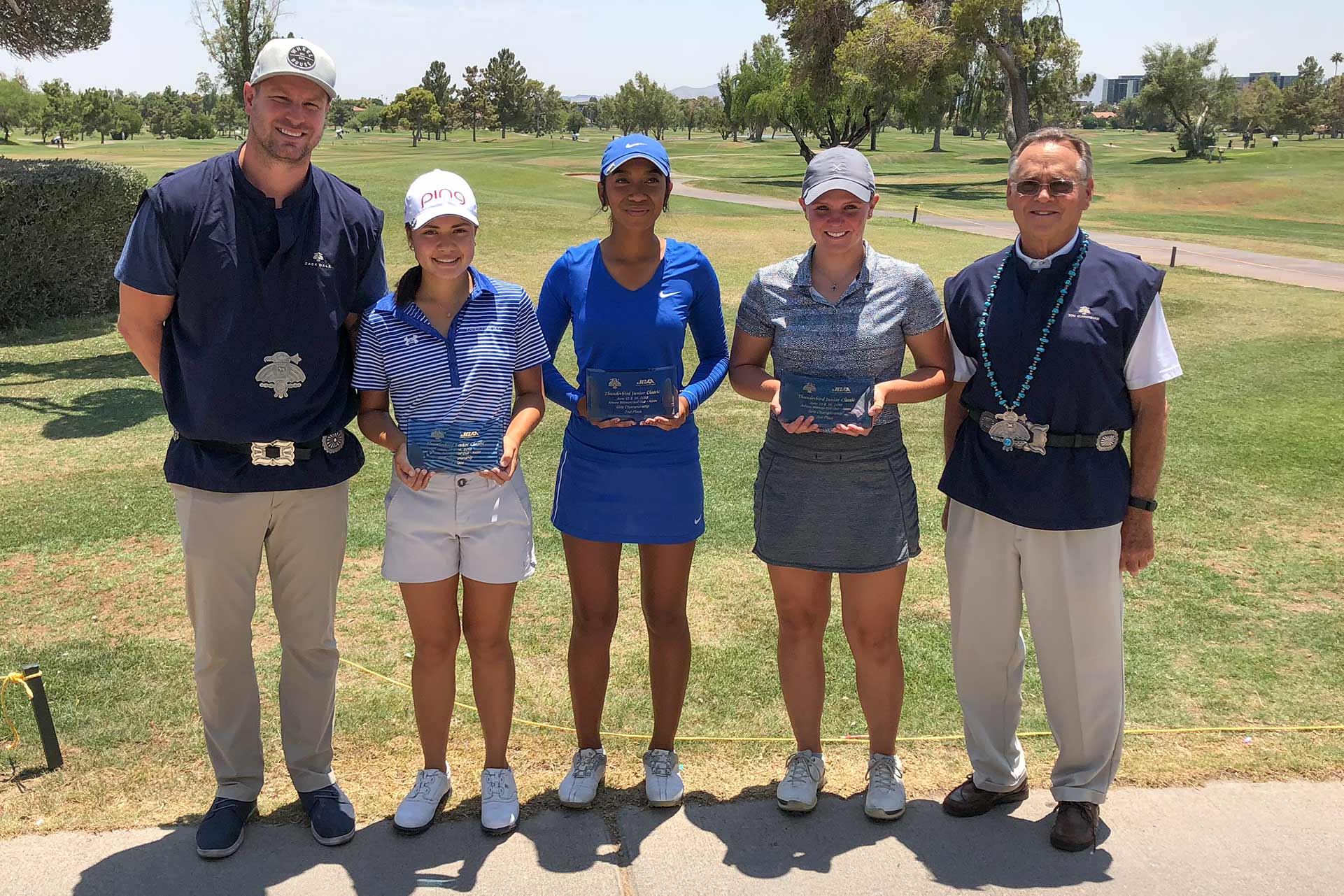 Tony Hendricks of Phoenix and Ashley Menne of Surprise earn first-place honors in the Boy and Girls Championship Divisions at the Thunderbird Junior Classic held June 13-14 on Arizona Biltmore Golf Club’s Adobe course. With the largest field in the JGAA circuit, the tournament hosted 221 boys and girls in five age divisions.

Hendricks’ bogey-free performance in the two-round tournament started out with an 8-under-par 64, followed by a 5-under 67 to finish at 13-under-par 131 for the event. Hayden Sayre (66-67) of Phoenix came in second place at 11-under-par 133, two strokes off the pace, and Joey Geary (69-67) of Phoenix and Damon Vilkauskas (64-72) of Mesa finished tied for third place at 8-under-par 136. With the win, Hendricks moves into first place in tournament points race for Player of the Year honors. To date, he has notched three victories – two in Junior Masters Series events – in six events played.

Title sponsors of the Thunderbird Junior Classic, The Thunderbirds were founded in 1937 with the mission of promoting the Valley of the Sun through sports. Consisting of 55 “active” members and more than 250 “life” members, The Thunderbirds host the Waste Management Phoenix Open; the best-attended golf tournament in the world, which to date has raised nearly $110 million for Valley charities, including the JGAA. With its unmatched fan participation and rich history dating back more than 80 years, The Waste Management Phoenix Open has gained legendary status for being a unique stop on the PGA TOUR.