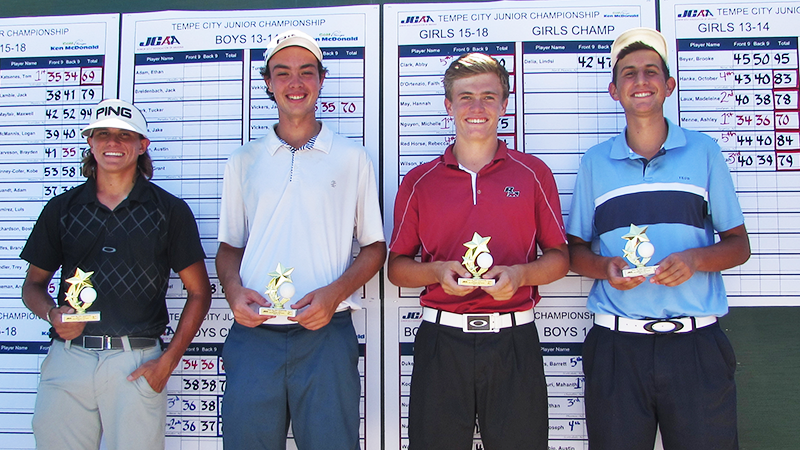 Tom Katsenes of Scottsdale came away with a victory after edging out Mesa’s Trey Sendler and Scottsdale’s Andrew Stineman by two shots at Ken McDonald Golf Course during the Tempe City Junior Championship. Katsenes, who finished regulation play at 35-34—69 (three under par), notched his fifth victory of the season. So far this year, Katsenes has walked away with victories at the Desert Mashie Spring Championship, the Antigua Milt Coggins AZ Junior Stroke Play, the Thunderbird Junior Classic and the PING Arizona Junior Masters.

Michelle Nguyen of Phoenix clenched the girl’s title over Scottsdale’s Katie Wilson. Both fired solid rounds – Nguyen with a two-over 75 and Wilson with a four over par 77. In the end, Nguyen (40-35—75) outlasted Wilson (36-41—757) by two strokes. The Tempe City Jr. Championship is Nguyen’s first win of the season, after three Top 5 finishes earlier this season.