By Golf EditorAugust 3, 2021No Comments

Posts second-best finish in a decade. 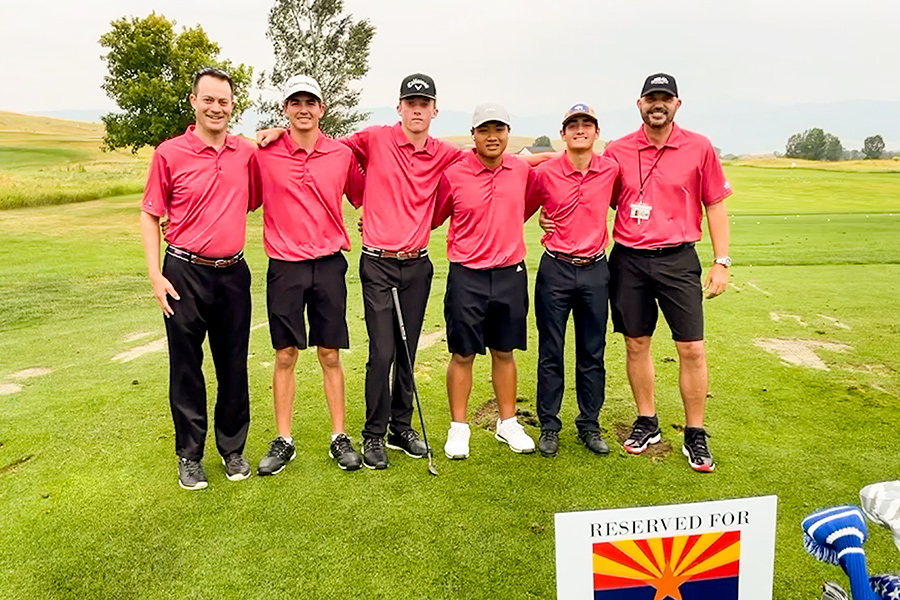 Hosted by the Wyoming State Golf Association, the 49th Junior America’s Cup teed off July 25-29 at Powder Horn Golf Club in Sheridan, Wyoming. Team Arizona finished in fifth place among an elite international field of 18 teams, marking the Grand Canyon State’s second-best finish in the past 10 years after earning fourth place in 2018.

Gilbert’s Rylan Johnson had the hot hand in the first round, shooting 4-under 67, followed by Scottsdale’s Adam Miller at 73, and Charlie Palmer of Phoenix and Gilbert’s Anawin Pikulthong both at 77. Miller led the team in the second round, with a 2-under-par 69, Johnson 70, Pikulthong 72 and Palmer 73. Palmer then dialed up his game for the final round, carding a team-leading 3-under 68 that day en route to Arizona’s 217-211-219—647 overall finish at 8-over par.

Southern California won the tournament at -19, a whopping 25-stroke margin over second place Utah at +4, and Nevada slid into third place at +6.

At the top of Southern California’s championship team, 2021 Sally Pini medalist, Luciano Conlan, shot 65-71-68 (204) to finish at 9-under par. His teammate Eric Lee finished one stroke back at 8-under par.