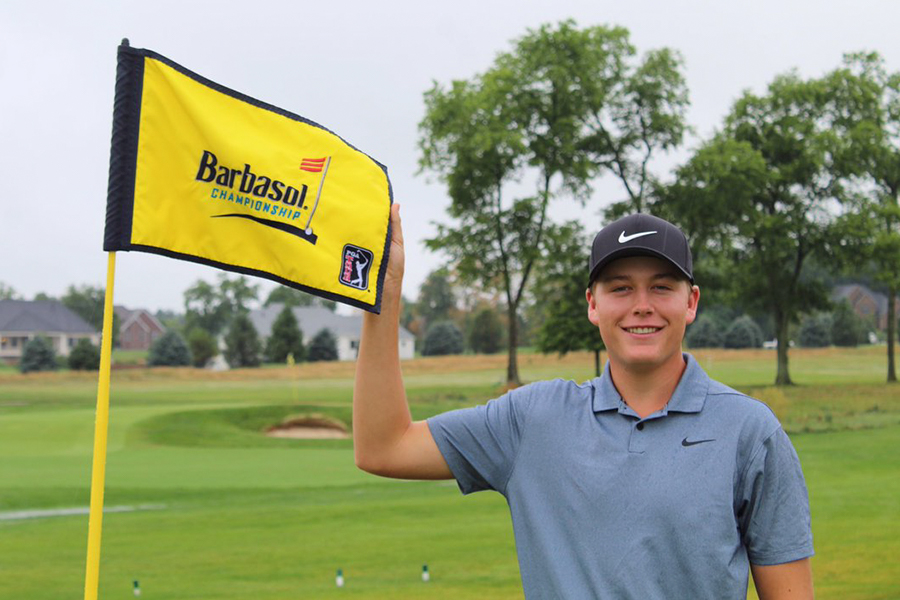 After a rain-shortened Barbasol Junior Championship, Preston Summerhays came out on top at 11-under par, six strokes clear of four competitors tied for second place. For his effort the JGAA alum and first-ever champion of the inaugural event received an exemption to play in the PGA TOUR’s Barbasol Championship, contested July 15-18.

In the junior event held at Kentucky’s Keene Trace Golf Club, the soon-to-be Sun Devil started off with the low round of the tournament, 8-under 64, which included a 5-under 31 on the front nine. He followed up in the second round with a birdie on 16 and a second-consecutive eagle on 17 to close it out at 11-under par. Andrew Goodman of Norman, Oklahoma, Nicholas Gross of Downingtown, Pennsylvania, Myles Jones of Suwanee, Georgia, and Matthew Troutman of Louisville, Kentucky were the runners-up.

Summerhays competed in the 2020 U.S. Open at Winged Foot Golf Club where he only missed the cut by three strokes, finishing with a better 36-hole score than Tiger Woods, Phil Mickelson, Jordan Spieth and Justin Rose. He now will have the opportunity to compete on the professional stage once more at Keene Run’s sister course, Champions Trace.