Ryan Sefrioui and Pierson Huyck to Compete in Drive, Chip and Putt Championship

Competition to be held Sunday, April 5 at Augusta National and televised live on Golf Channel. 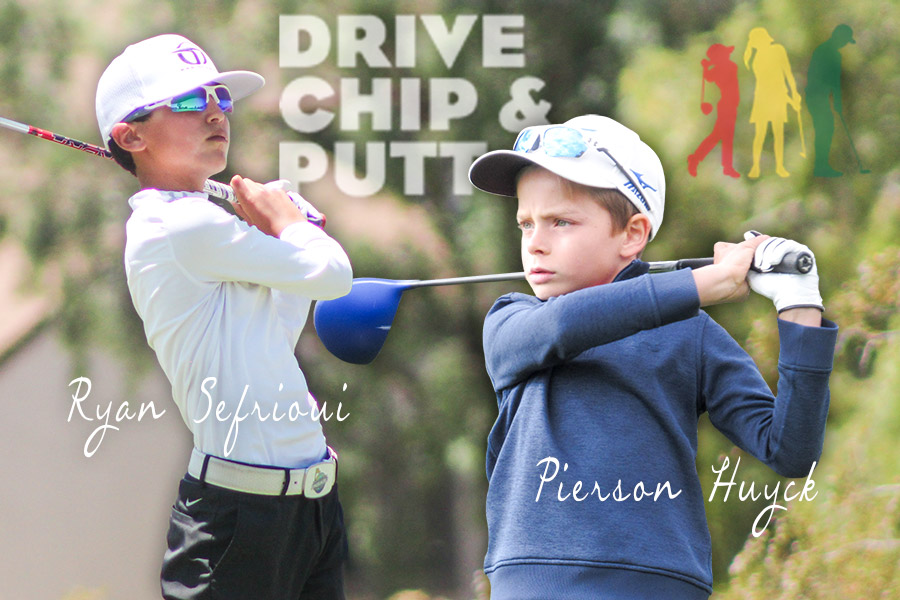 JGAA members Ryan Sefrioui, of Scottsdale, and Pierson Huyck, of Phoenix, earned opportunities to compete in the 2020 Drive, Chip and Putt Championship Finals to be held Sunday, April 5 at Augusta National Golf Club as the official kickoff of Masters’ week and covered live on Golf Channel.

The field is made up of 40 boys and 40 girls, who advanced from more than 260 local qualifying events followed by 53 sub-regional and 10 regional qualifiers. Sefrioui, 13, will compete in the Boys 12-13 division and Huyck, 8, in the Boys 7-9 division.

Each competitor will participate in three skills: the Drive, Chip and Putt. Participants will accumulate points in each skill, with champions recognized in each skill across the eight age groups. The participant with the highest number of combined points from all skills will be declared the overall champion of their age group.

The Drive skill will be contested from Augusta National’s Tournament Practice Area, with players hitting two drives; the longer of the two will be counted for score. The Chip skill, will include two chips, and the player’s score will be calculated based on cumulative proximity to the hole. The Putt skill, staged on Augusta National’s 18th green, will be measured based on finalists’ cumulative proximity to the hole from two different putting distances.

About Drive Chip and Putt

A joint initiative founded in 2013 by the Masters Tournament, United States Golf Association and The PGA of America, Drive, Chip and Putt is a free nationwide junior golf development competition aimed at growing the game by focusing on the three fundamental skills employed in golf.

By tapping the creative and competitive spirit of girls and boys ages 7-15, Drive, Chip and Putt provides aspiring junior golfers an opportunity to play with their peers in qualifiers around the country. Participants who advance through local, sub-regional and regional qualifying in each age/gender category earn a place in the National Finals, which is conducted at Augusta National Golf Club the Sunday before the Masters Tournament and is broadcast live by Golf Channel.

Registration for Drive, Chip and Putt is open. Local qualifying will be available in all 50 states. For more information, please visit the Rules and Regulations.