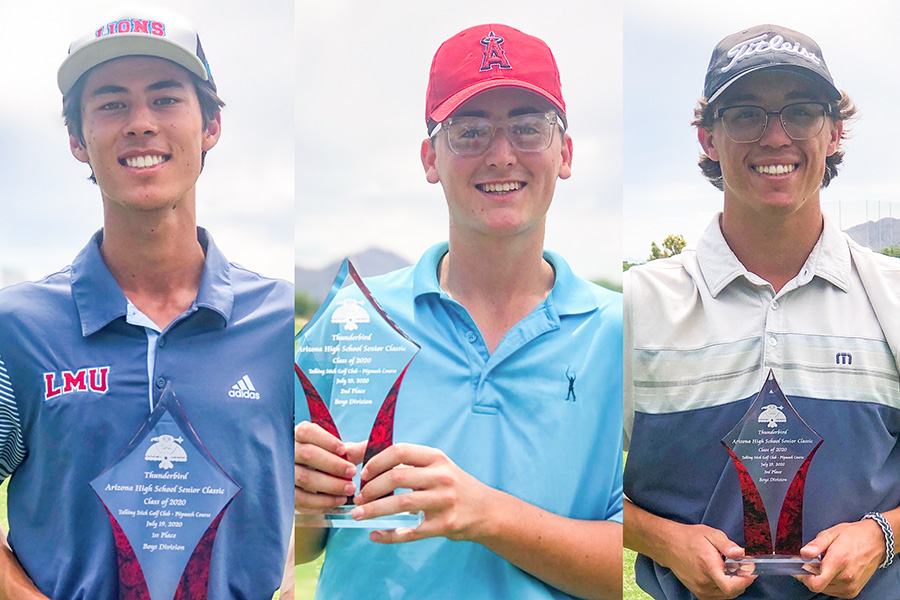 Basis Prescott’s Riley Lewis, bound for Loyola Marymount University (California), finished in first place in the Boys division with a ridiculous 9-under-par 62. Fresh from a hometown win at the Prescott City Junior Championship, Lewis made birdies on the first and seventh holes before carding a 7-under-par 29 on the back nine to win the 18-hole tournament by five strokes. Damon Vilkauskas of Higley High School and Alex Kling of Chaparral High School tied for second place at 4-under-par 67. 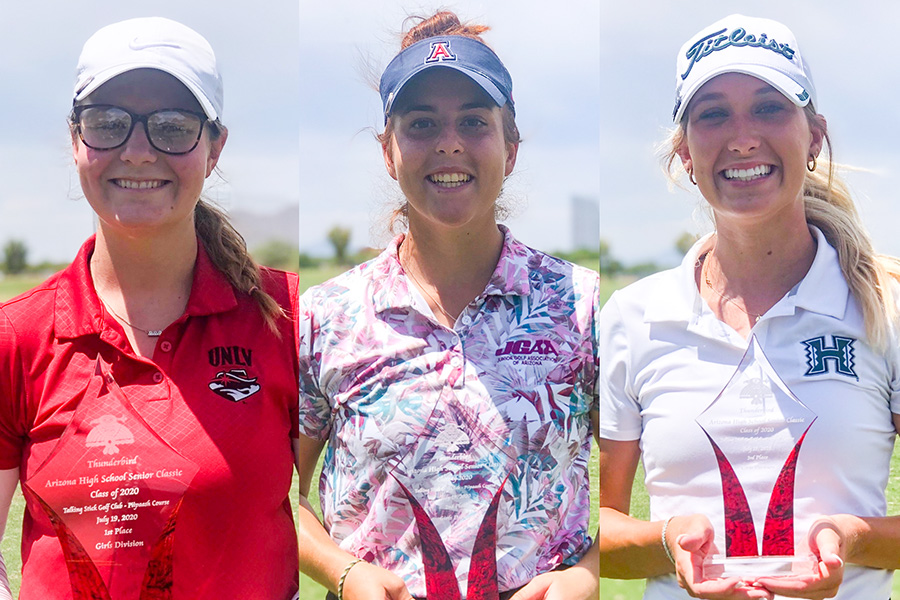 In the Girls Division, future UNLV Runnin’ Rebel Madeleine Laux of Millennium High School shot a 3-under-par 68 to win by three strokes. Alexandria Schmunk of Yuma Catholic High School, who will tee it up for the University of Hawaii, and Arizona Wildcat to be Maya Benita of Tucson finished tied for second place at even-par 71.

“This event is just a fun way to say farewell and best of luck to our members who, in many cases, have been playing in JGAA events with us since they were in grade school,” said Scott McNevin, Executive Director of the JGAA.  “It’s more of a casual atmosphere that allows the players to have a little fun as their high school golf careers end and their college careers begin.”

List of 33 JGAA members who earned college golf scholarships for next season.

The Thunderbirds were founded in 1937 with the mission of promoting the Valley of the Sun through sports. The Thunderbirds consist of 55 “active” members and more than 280 “life” members.  The Thunderbirds raised a record $14 million for charity from proceeds from the 2020 WM Phoenix Open and have eclipsed $161 million in charitable giving since its inception in 1932.  For more information on The Thunderbirds, visit www.thunderbirdscharities.org.