Quagliata and Domecq Qualify for US Junior Amateur

Scottsdale residents Mason Quagliata and Mason Domecq qualified to play in the 2019 US Junior Amateur to be held July 15-20 at Inverness Club in Toledo, Ohio. 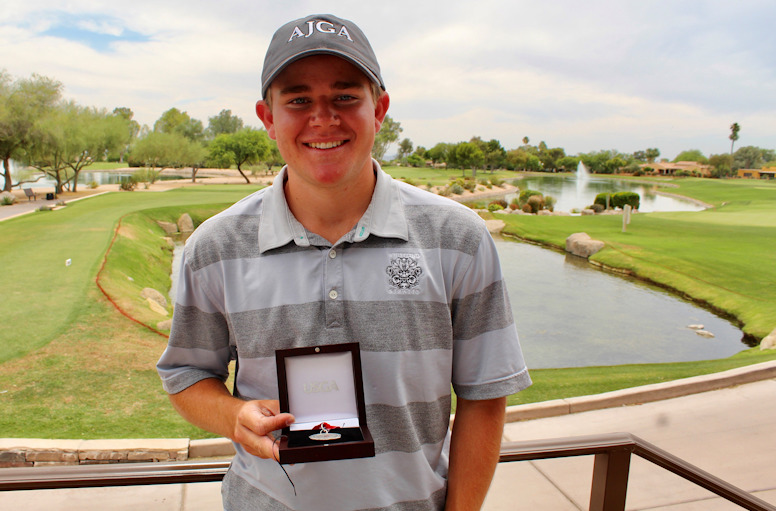 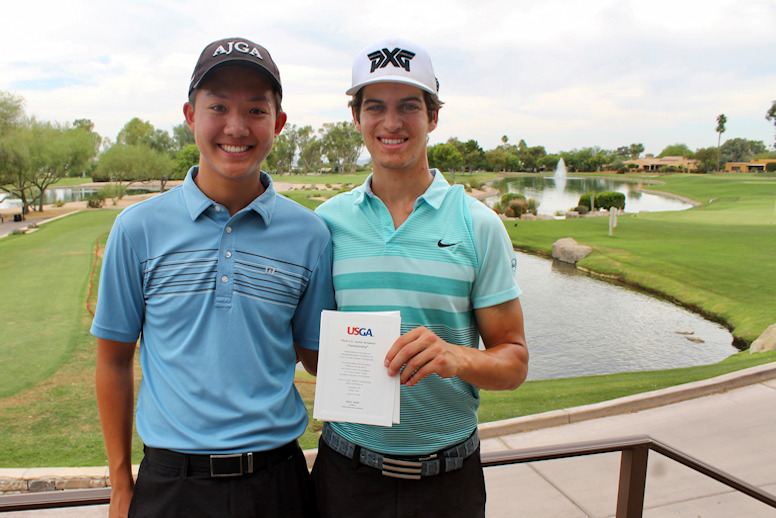 In the qualifier, held June 13 at Pinnacle Peak Country Club, Quagliata followed a bogey on the second hole with birdies on Nos. 3, 4 and 8 to make the turn at 2-under par. He then added two birdies on the back nine at 14 and 16 to finish at 4-under-par 68, one stroke ahead of four players tied for second place.

Domecq also made the turn at 2-under par before making two bogeys and three birdies on the back nine to enter a four-way playoff for the final qualifying spot. He went on to win with a par on No. 2, the second playoff hole.

Quagliata is no stranger to big events: he placed first in the Boys 14-15 age group at the 2017 Drive, Chip and Putt national championships held during Masters week at Augusta National Golf Club. That same year he won the State Junior Golf Championship in the JGAA’s Boys Championship division. In recent JGAA play, he finished second at the Tucson City Jr Championship and fifth in the Antigua Milt Coggins AZ Junior Stroke Play. A recent Notre Dame Prep graduate, Quagliata is set to play collegiate golf at Florida’s Stetson University.

Domecq, class of 2019 at Chaparral High, will move on to college golf under a full scholarship to Ottawa University Arizona in the fall. He has been a member of the JGAA since 2014, playing in nearly 60 JGAA tournaments since then. Most recently, he notched a ninth-place finish in the IMG Academy Junior World Qualifier.