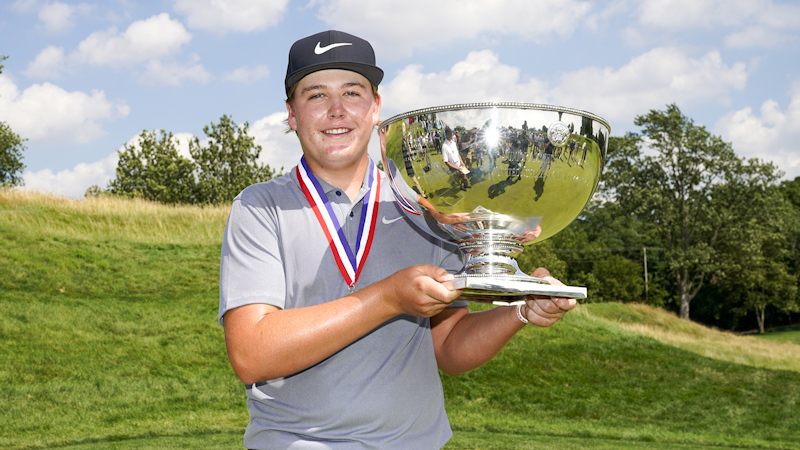 Summerhays earns national championship one week after setting record at Utah Amateur
Scottsdale’s Preston Summerhays, 16, captured the US Junior Amateur on Saturday, July 20. The week before, he set the record for the youngest two-time winner of the Utah Men’s State Amateur, and now he can add one of the most prestigious amateur golf titles to his expanding list of accomplishments.

Summerhays entered the 150-player field made up of the best junior golfers worldwide. He finished T10 in the stroke play competition before winning 4 & 2 against Takafumi Shimoji of Japan in the Round of 64. In the Round of 32, Summerhays won 1 Up in a tight match against Michael Brennan from Virginia before advancing to the round of 16 against, 2018 runner-up, Akshay Bhatia of North Carolina. In another close match, Summerhays made par on the final hole for the win and birth into the Quarterfinals against Austin Greaser of Ohio. After 11 holes, Summerhays found himself down by 3. He then reeled off wins at 12, 13, 14, 16 and 18 to prevail 2 Up.

In the Semifinals, Summerhays found himself trailing by two after seven holes against Joseph Pagdin from England. He responded by winning the next four holes (8-11) with three birdies and a par. He added wins at 13 and 14 (birdie-par) before closing out the match with a par on the 15th hole. 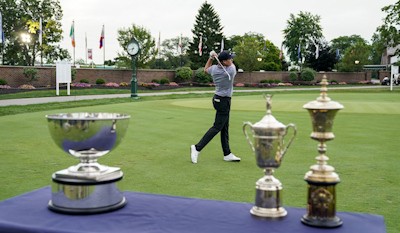 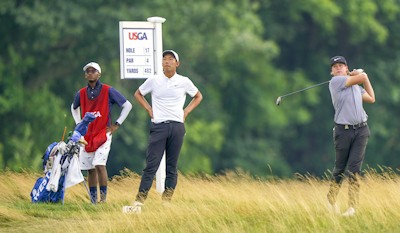 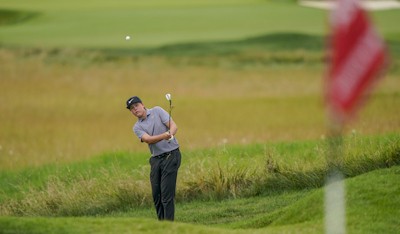 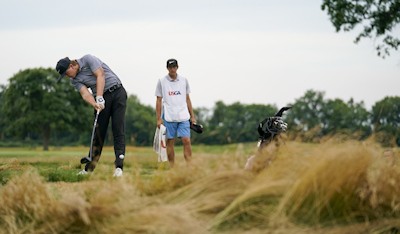 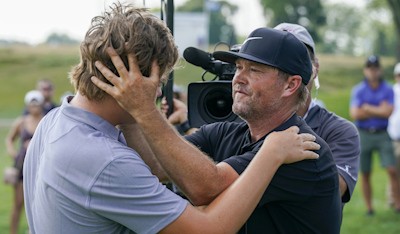 In the championship, Summerhays faced Bo Jin of China. The match swung back and forth through the first 18 holes before entering the final nine All Square. Then Summerhays went on a run with two birdies on 10 and 11 to go 2 Up.

“I think just to get that momentum going on the last nine, that was a huge part of the match,” said Summerhays. “But it clearly wasn’t over yet.”

Jin won the 13th hole to narrow the gap to 1 Down. They traded pars on 14 and 15, and on 16, Jin had a great opportunity to level the match with a six-foot par attempt that barely missed. No. 17 also was shaping up for Jin: he found the fairway and Summerhays faced an approach from the rough over trees.

“It wasn’t a terrible lie, and I had 174 [yards] to the pin,” said Summerhays. “Going downwind, downhill, it really didn’t play 174, it played 145 to the front edge. I was like, I could get a pitching wedge over that tree and land it front edge and roll it back. I hit it great and it ended up going to 8 feet.”

Jin hit the green and gave his birdie putt a run, but missed his par attempt to leave the door open for Summerhays to win with a birdie putt, which he swept in for the championship.

“That’s just a shot of a lifetime at the right time in the biggest tournament,” said Preston’s father, Boyd, about his son’s incredible approach on No. 17. “He’ll never forget that and it’ll give him confidence when he’s in a tough spot. When he hit it, I texted my wife and said that was the greatest shot of his life.”

No doubt the entire Summerhays “family” is soaking up the victory. Preston even took a moment to facetime Tony Finau, who works closely with Boyd on his game. As the two spoke, it was hard to tell who was more excited.

“I’m so proud of you, man,” said Finau. “I’m getting chills just talking to you. How’s it feel to be a champ? All your hard work and dedication is paying off. This is just the beginning, bro. I’m so happy for you, man. I gotta take care of my job tomorrow now.”

“My ‘uncle’ Tony plays on the PGA Tour,” said Preston. He’s always been great to me. I’ve played hundreds of rounds with him and been able to kind of feed off what he’s doing, what I need to do better in my game to get to his level.”

In local Junior Golf Association of Arizona (JGAA) tournaments so far this year, Summerhays has two wins, a second place finish, two third place finishes, a fifth and two other top-10s. He sits in second place in the 2019 Player of the Year race, and in all, has played in more than 40 JGAA tournaments since beginning in the Boys 10 and Under division back in 2012.

“On behalf of the JGAA, we would like to congratulate Preston on his US Junior Amateur victory,” said Scott McNevin, executive director of the JGAA. “On the biggest stage in junior golf he continued to play great, match after match, en-route to his championship at the Inverness Club.”