Calynne Rosholt edges out two players by one stroke. 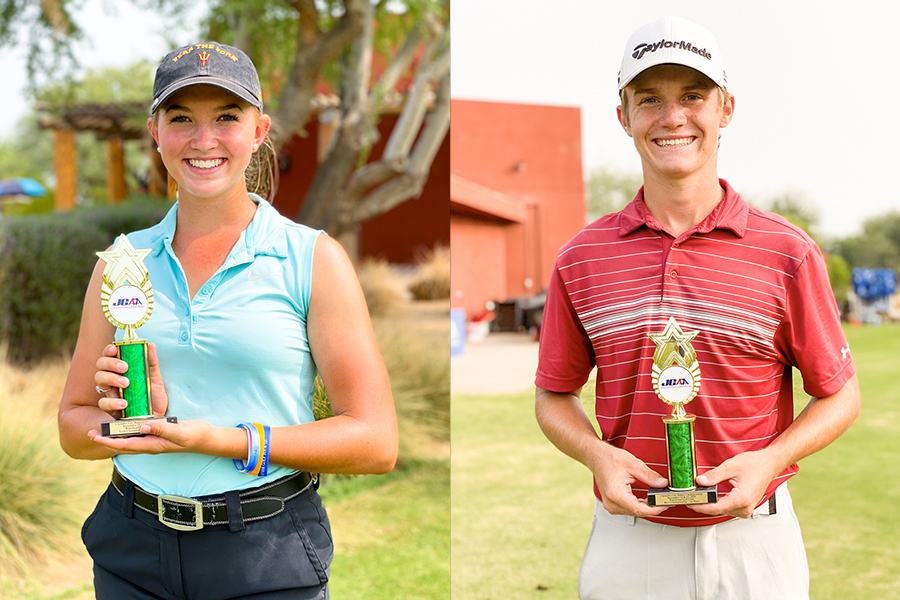 The Chandler City Junior Championship, played September 12-13 at Whirlwind Golf Course, started out in the Boys Championship division with an incredible first-round, bogey-free, 11-under-par 61 by eventual champion, Max Lyons. He made the turn at 4-under par before finding another gear on the back nine, carding five birdies and an eagle for a 29. Lyons went on to maintain the seven-shot lead he carried into the final round, thanks to four birdies over the last five holes, to shoot a final-round 66 and 17-under-par 127 for the tournament.

After a first-round 70, second-place finisher, Trevor Lewis, of Prescott made a valiant final-round charge, going 4-under par for the first five holes. He then picked up five more birdies to fire 9-under 63. Lewis’ 11-under-par finish edged out third place finisher Joseph Lloyd of Scottsdale at 10-under-par 127 (68-66).

In the Girls Championship division, Kylee Loewe of Scottsdale shot a first-round, 6-under-par 66 to take the lead by four strokes over Calynne Rosholt (70) of Cave Creek. Rosholt answered with a 3-under 69 in the second round to finish in first place at 5-under-par 139. Carolyn Fuller of Phoenix also shot a final-round 69, added to a 71 in the first round, to finish tied for second place alongside Loewe at 4-under-par 140.