By Golf EditorAugust 17, 2020No Comments 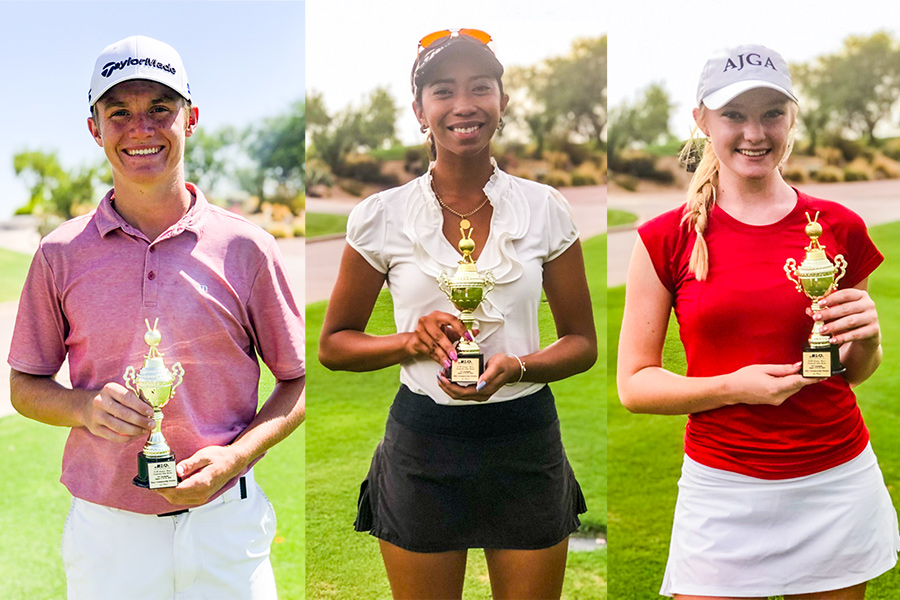 Anawin Pikulthong of Chandler shot 5-under-par 66 to sit on top of the round-one leaderboard at the DLB Custom Homes Scottsdale City Junior Championship, held August 15-16 at TPC Scottsdale. With three wins this season and a couple recent second-place finishes, Pikulthong put up another 66 on the Stadium Course the next day to earn second place at 10-under-par 132.

Thanks to a spectacular final-round 64, Max Lyons of Peoria – who started the day one stroke behind Pikulthong – pulled off the two-shot swing to win by one stroke at 11-under-par 131. In the first round, he made an eagle-two after knocking it on the green at the drivable par-4 15th of the Champions Course. Then, Lyons fired a remarkable 6-under-par 30 on the famed back nine of the Stadium Course with birdies at 10 and 11 – the hardest hole on the golf course – before picking up four more birdies on 13, 15, 16 and 18.

Joseph Lloyd of Scottsdale entered the event with great memories from a June win on the Champions Course at the State Junior Golf Championship. He came in third place after shooting 9-under-par 133 (67-66). Adam Miller of Phoenix was the fourth player to post both rounds in the 60s (68-67); he finished in fourth place at 7-under-par 135.

Once again the Girls Championship division ended in a tie, and once again, Alyzzah Vakasiuola of San Tan Valley was part of it (playoffs temporarily suspended). Vakasiuola also recently finished T1 at the Desert Mashie Championship. This time she fired even-par 142 (71-71) to catch up with first-round leader and co-champion Carolyn Fuller of Phoenix after her rounds of 68-74. Mattison Frick of Peoria picked up third place at 1-over-par 143 (70-73).