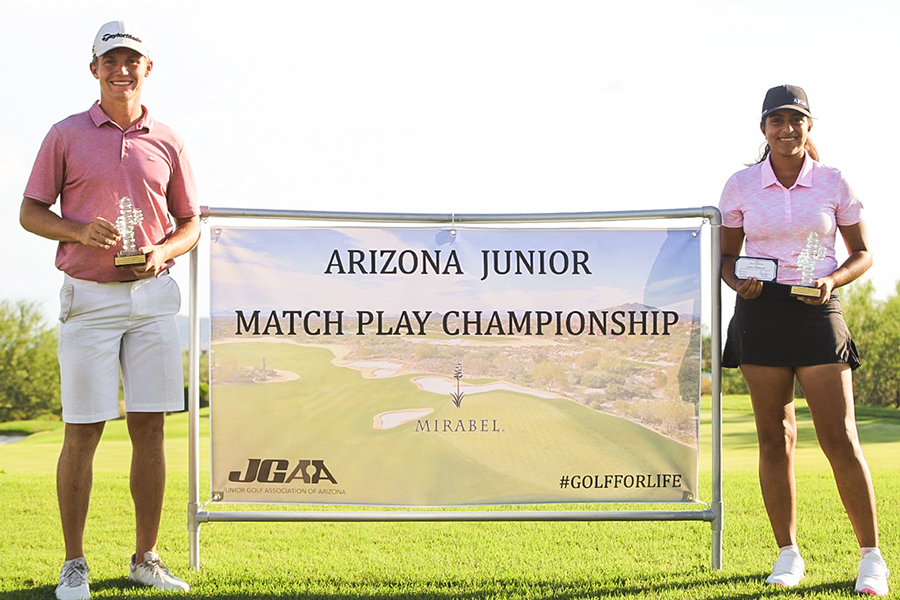 Scottsdale’s Max Lyons topped the field in the boys’ competition at the Arizona Junior Match Play Championship held at Mirable Golf Club, July 29-30. The top 16 boys in the state were invited to play based on their point totals in the JGAA’s 2021 Boys Championship Division Player of the Year race through the 2020 Phoenix City Junior Championship.

Lyons, the eighth seed, cruised through his early matches, including a 3&2 upset of the No. 1 seed, Alan Quezada, before squaring off with No. 3 seed, Carlos Astiazaran, of Tucson in the championship match. Lyons prevailed 2&1 in a tight match for the championship.

The top nine girls in the state based on their point totals in the Championship Division Player of the Year race were invited to participate in the tournament. No. 1 seed, Raegan Capizzi, of Scottsdale entered the championship match against No. 2 seed, Anya Mathur, also of Scottsdale with momentum from a 7&5 victory in the semi-final match. However, Mathur, fresh from a tight 2&1 win in the semi-finals, edged out Capizzi by the same 2&1 margin to win the championship in the Girls division.