The JGAA announced the 2018 Sportsmanship and Player of the Year Awards across five age divisions at the annual awards banquet held October 21 at Moon Valley Country Club.

“As we look forward to the 2019 season, it’s important to take a moment to honor our shining stars of 2018,” said Scott McNevin, Executive Director of the JGAA. “Ashley and Hayden certainly played well all season long, and we also saw a bunch of new faces making the list. Congratulations to the players, and thank you to all of the sponsors, parents, volunteers, golf clubs and supporters of the JGAA for making the 2018 season a successful and rewarding experience for the juniors.”

By earning Player of the Year honors in the Girls Championship division for the third consecutive year (2016-2018), Ashley Menne, 16, has become a permanent fixture at the awards banquet. Moreover, the Surprise resident won the points race in the Girls 13-14 division in 2015 as well as Girls 11-12 division in 2014 and 2013. All told, she has been the player of the year for an astonishing six consecutive years across four JGAA age divisions. 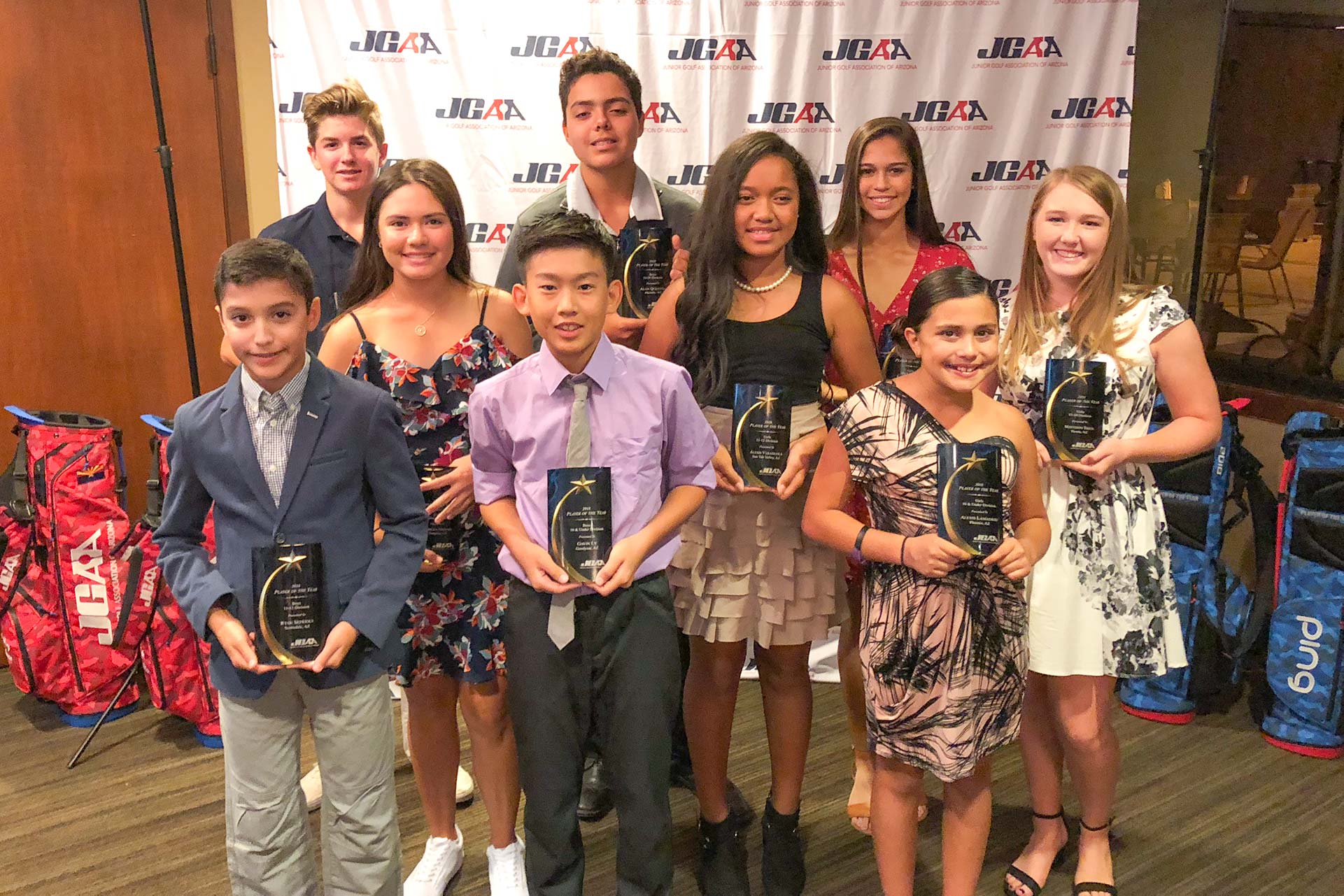 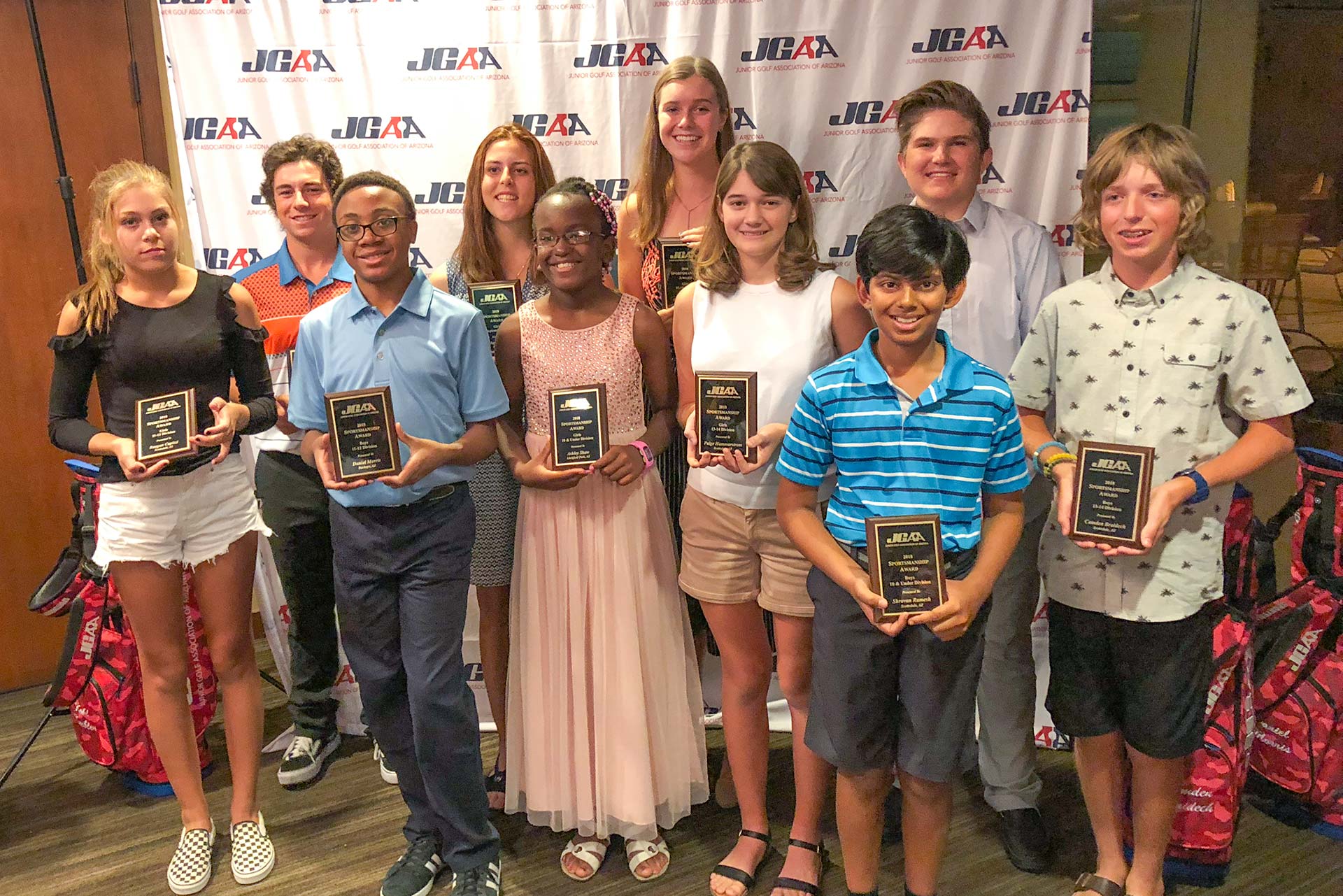 2018 Player of the Year Season Recaps

Sayre played in 10 events this year and finished in the top 3 five times. He went on to win three of those events. His victories include the Northern AZ Jr Championship, Willie Low Invitational and the AM&E Classic. Sayre was also part of the Junior America’s Cup team and finished the year with a scoring average of 70.4.

Menne posted 10 top-3 finishes this year in JGAA events. She went on to win seven of those events. Her victories include the Scottsdale City Jr, Willie Low Invitational, IMG Jr World, State Junior Championship, Thunderbird Jr Classic, Spring Stableford and the New Year’s Classic. She was also part of the Girls Junior America’s Cup team this year, and she finished the year with a scoring average of 69.6.

Quezada finished with nine top-3 finishes this year, winning two of them along the way. His victories include the PING AZ Jr masters and the Tucson City Jr Championship. He also finished the year with five rounds in the 60s.

Singh played in nine events this season and finished in the top 3 six times. She went on to win three of those events. Her wins include the PING AZ Jr Masters, Phoenix City Jr and the IMG Academy Jr World Qualifier. Her consistent play over the entire year was a big factor in her success.

Sefrioui played in nine events this season and finished in the top 3 seven times. He went on to win four of those events with victories at the Mesa City Jr, Tucson City Jr, Spring Stableford and the Phoenix Metro Jr Championship.