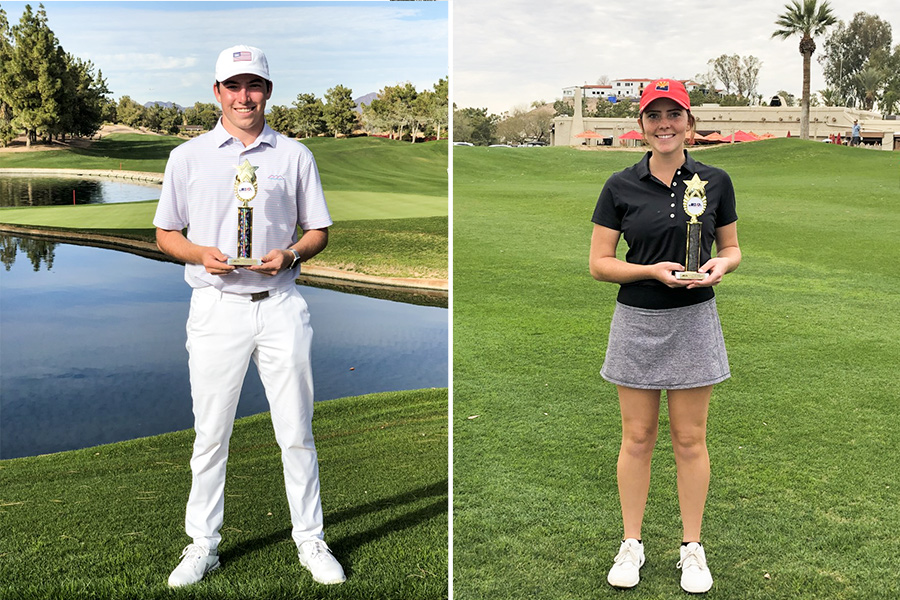 The New Year Classic teed off January 30-31 with low scores in the Boys Championship division. Joseph Lloyd of Scottsdale led the way with a sensational 63 at Raven Golf Club, the second time he shot 9-under-par since his win in June at the Mesa City Jr Championship. Two shots back, Anawin Pikulthong of Gilbert drove the green on the par-4 5th hole to make eagle en route to a 7-under-par 65. Daniel Henely of Tucson shot 67 to sit in third place after round one, and Rio Newcombe of Gilbert finished the first round five strokes off the pace.

Lloyd followed with a 3-under-par 69, which included three birdies on the last four holes, to win the tournament at 12-under-par 132. Pikulthong gave chase with a 4-under-par 68, including an eagle on the par-5 4th hole to finish in second place, one stroke off the pace. Newcombe came in third place for the tournament at 6-under-par 138 after rounds of 68-70. Defending champion, Javier Delgadillo, of El Paso, Texas finished in fourth place at 4-under-par 140 (74-66).

In the Girls Championship division, Sammie Olson of Phoenix jumped out to the first-round lead with a 2-under 69 at Arizona Biltmore – Adobe. In the second round it was Sydney Seigel’s turn to break 70. She posted a 4-under 67 to finish tied for first place at 2-under-par 140 with Aaryanna Morris of Avondale who carded two 70s. Seigel went on to make birdie on the third playoff hole for the win. Defending Champion, Mattison Frick, of Peoria came in third place at even par (70-72—142).