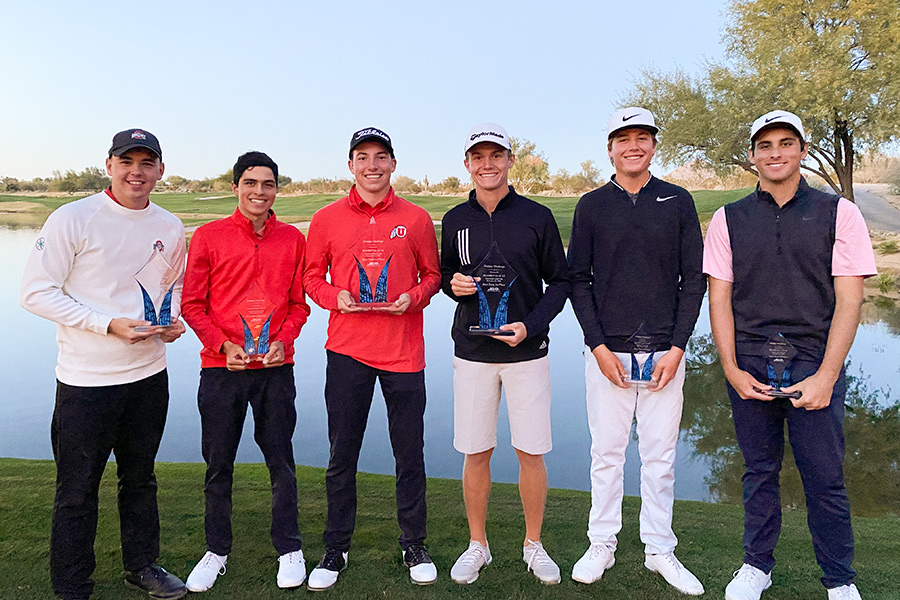 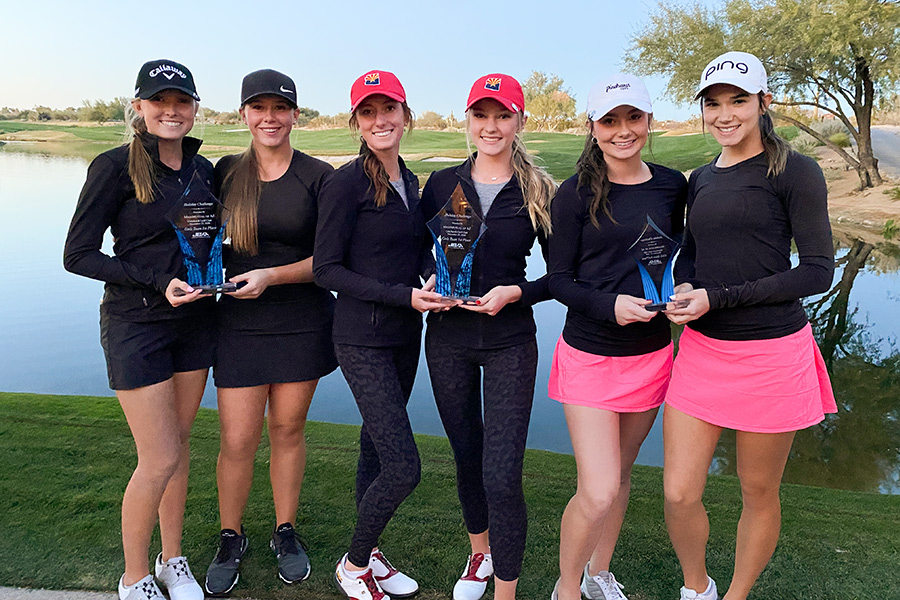 It turned out to be a two-team shootout in the Boys Championship division between the team of Joseph Lloyd of Scottsdale and Max Lyons of Peoria versus Jacob Tarkany of Scottsdale paired with Joseph Wilson of West Chester, Ohio. Tarkany/Wilson took an early one-stroke lead after five consecutive birdies on holes 2-6. During the same five-hole stretch, Lloyd/Lyons made four birdies before picking up one more birdie on No. 9 to pull even with Tarkany/Wilson at the turn 5-under-par 30.

On the back nine, Lloyd/Lyons made birdie on the par-5 11th before a very similar scenario as the front nine unfolded, except in the opposite direction. This time, it was Lloyd/Lyons who reeled off five-consecutive birdies on holes 13-17, while Tarkany/Wilson answered with four birdies during the same five holes. After the dust settled, Lloyd/Lyons earned the championship in style: breaking 60 at 11-under-par 59. The team of Gavin Aurilia of Phoenix and Preston Summerhays of Scottsdale came in third place, three strokes off the pace, at 8-under-par 62.

The Girls Championship division featured another two-team duel between Carolyn Fuller of Phoenix and Lexi Pelle of Scottsdale versus the team of Grace Summerhays of Scottsdale paired with Sydney Bryan of Mesa. Ending in a tie for first place at 7-under-par 65, both teams carded eight birdies and one bogey for the tournament, which for the girls began on the back nine.

Summerhays/Bryan wasted little time with a birdie on No. 11, their second hole, before making a remarkable five more birdies on the final six holes of their front nine for a 6-under 30. Meanwhile, Fuller/Pelle birdied four of the final five holes on their front nine to make the turn two strokes off the lead, where they remained until the 18th and final hole of the tournament. Then, Fuller/Pelle pulled off a

two-stroke swing with a birdie on the final hole to finish tied with Summerhays/Bryan in regulation play. Both teams made birdies on the first playoff hole, and due to darkness, were crowned co-champions.