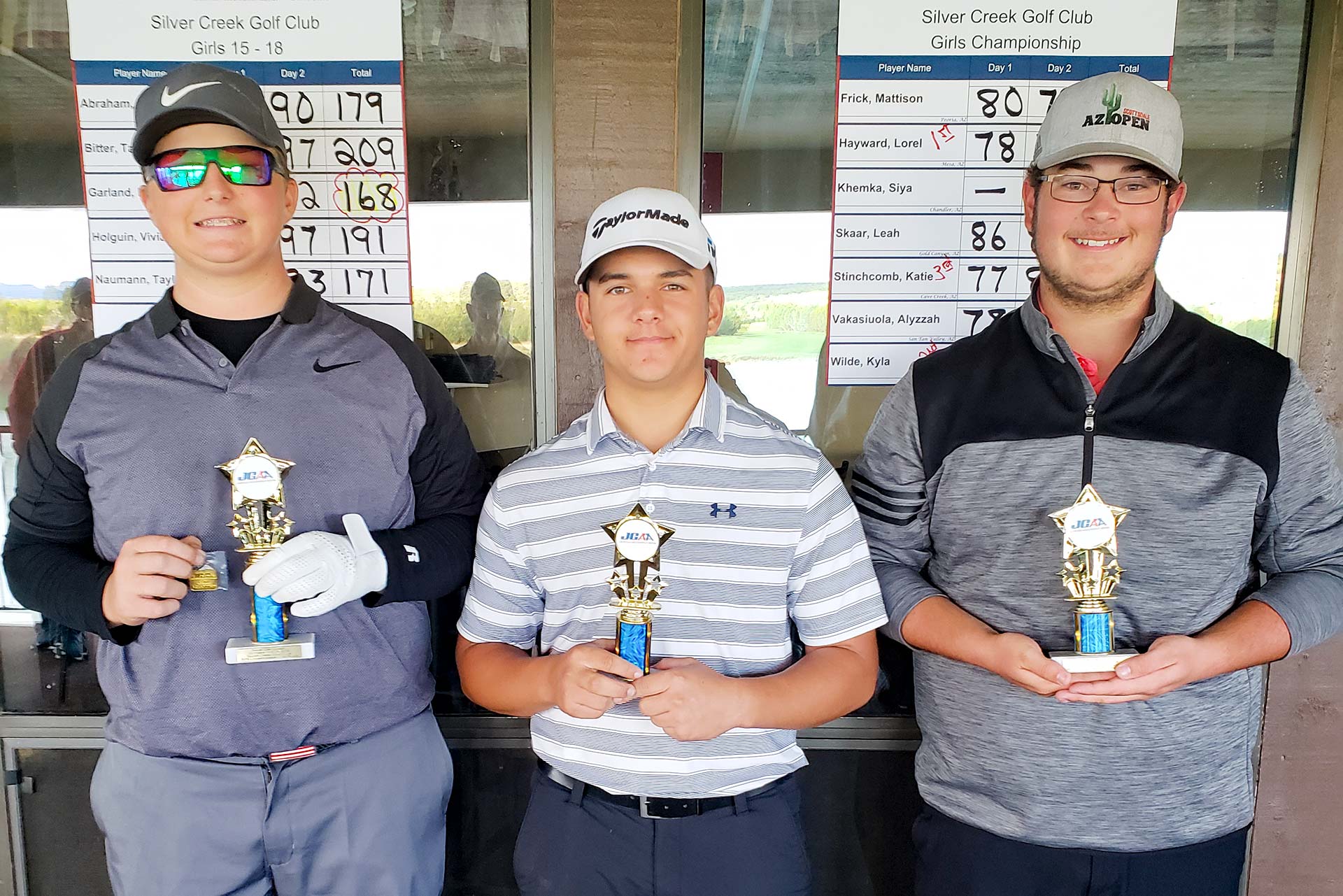 Lorel Hayward of Mesa posted two rounds in the 70s (78-72) to finish in first place at 8-over-par 150 – eight strokes clear of second-place finishers Kyla Wilde (85-73) of Phoenix and Katie Stinchcomb (77-81) of Cave Creek at 16-over-par 158. The win is Hayward’s first in the Girls Championship division to go with two wins last year in the Girls 15-18 division. 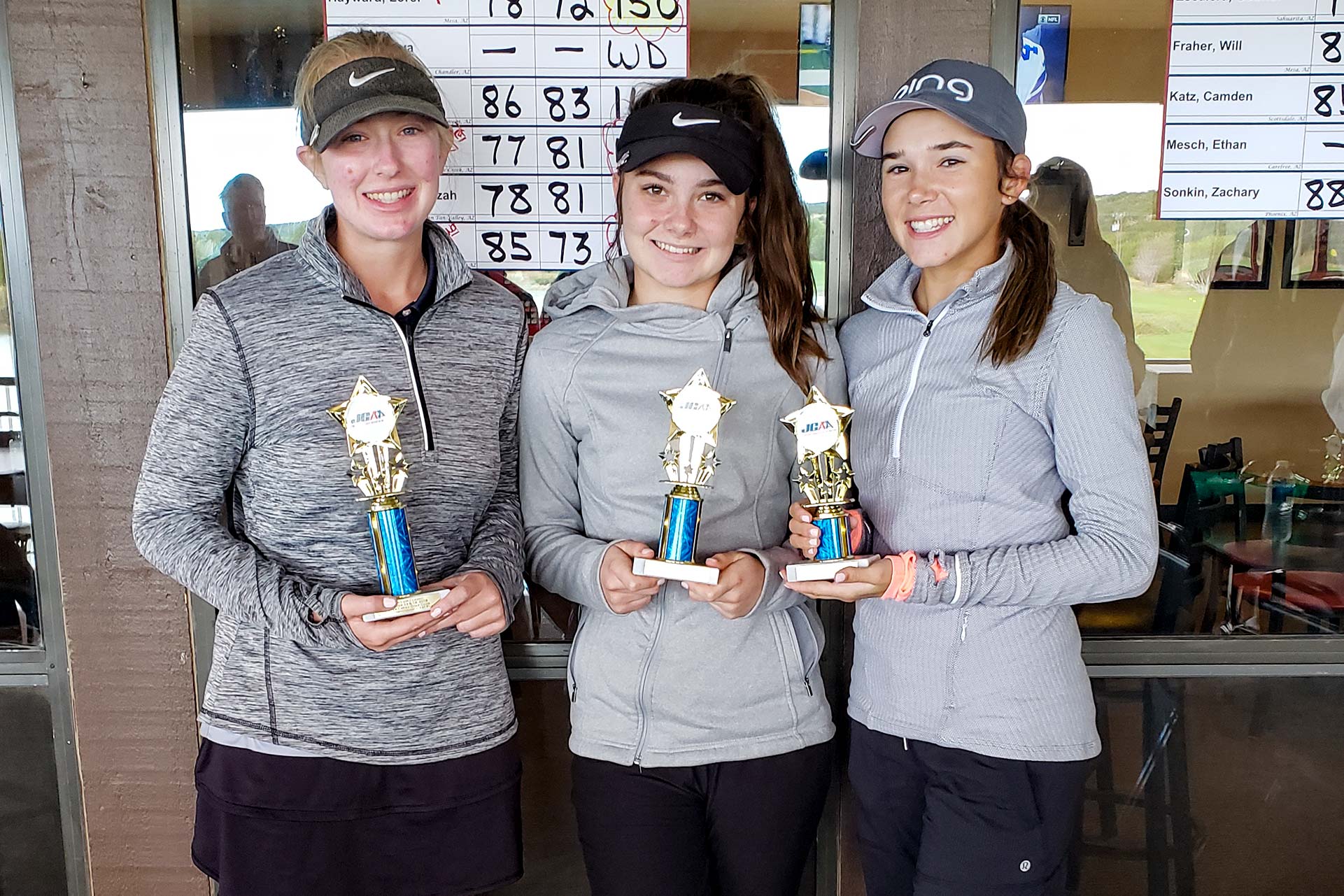