By Golf EditorAugust 18, 2021No Comments 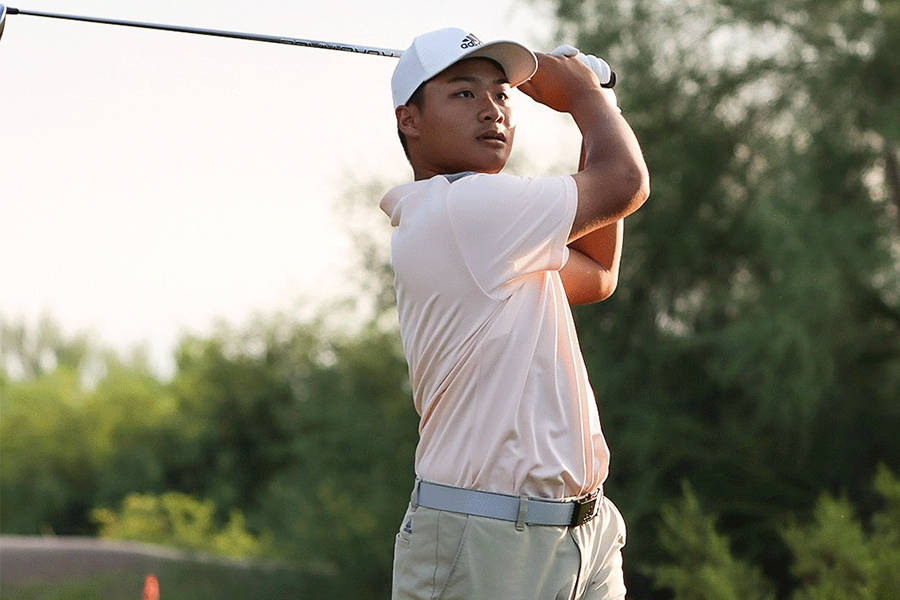 In match play, Lloyd, bound for University of Utah in the fall, moved through the Hogan bracket with 3&2 and 19-hole wins before exiting in the Round of 16 versus Austin Quick, former Sun Devil and JGAA alum (2005-2011) who went down in the semifinals to eventual runner-up, Evan White.

Anawin Pikulthong, current JGAA member and youngest player in the field at 16, won 6&5 and 2&1, before exiting in the quarterfinals versus White, who also topped JGAA member Cameron Barzekoff in his prior Round-of-16 match.

University of Oklahoma’s Ben Lorenz – who recently played a big role in the Sooner’s runner-up finish on Raptor at the 2021 NCAA Golf Championships – posted a 4&3 win along with a marathon 21-hole victory before exiting in the Round of 16.

Although the JGAA contingent made a valiant run, 41-year-old Marshall earned the championship.

“I’m here, and I’m thrilled to be here,” said Marshall at trophy presentation. “There were a couple times in matches when I wasn’t sure we’d get here. And then there were some really good glimmers of hope that showed I have just as much game sometimes. So we’re here, and I’m happy.”