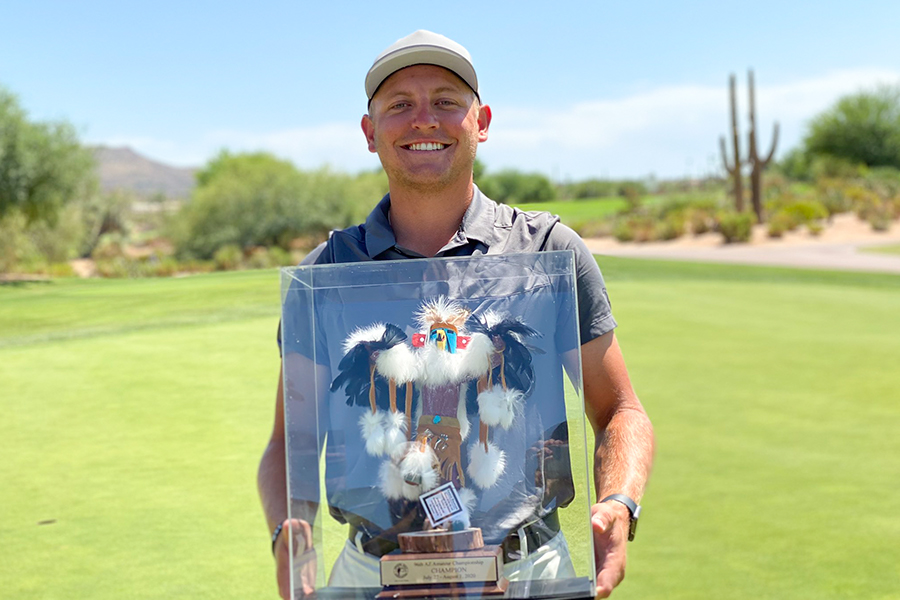 As the final hole (par-4 18th) played-out, Chanen punch-out after a wayward tee shot. Kamin’s approach missed wide left. Chanen then peeled a pitching wedge to two feet, and Kamin, unable to get up and down, called it good.

Chanen teed it up in nearly 60 JGAA tournaments from 2006 to 2016 starting in Boys 10 and Under division, racking up an astounding 18 wins along the way.

“Being a part of the JGAA has meant a lot to me,” Chanen said when asked about the JGAA’s influence on his golf career and life in general. “It has given me lifelong friendships and shaped me into the person I am today. I began playing in the JGAA when I was eight, and I still maintain most of the friendships I built since then. It was always great going to tournaments every weekend knowing I was going to see and possibly play with my best friends. At the end of the day that’s what this game is all about.” 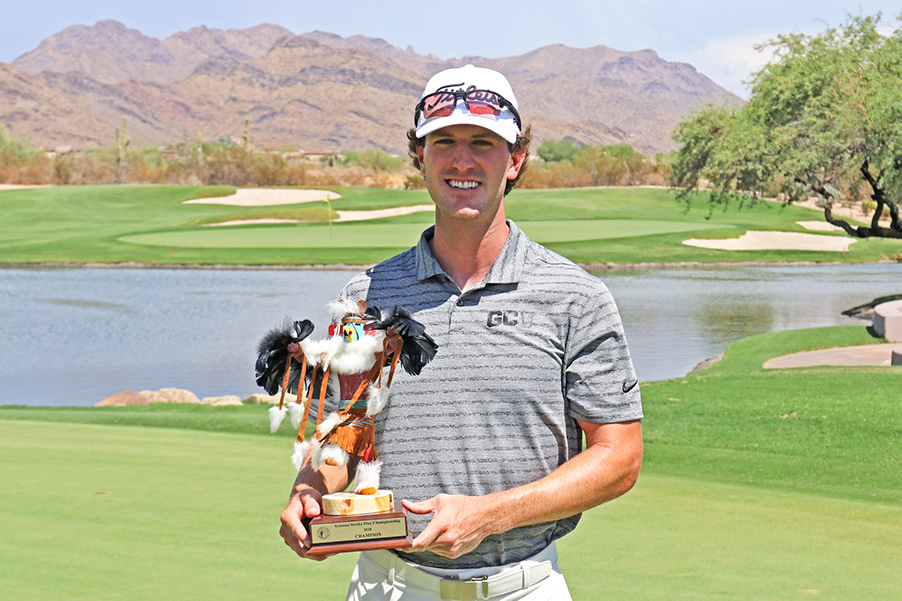 Another JGAA alum and senior on the GCU golf team, Trevor Lampson pulled off a big win August 16th at the Arizona Stroke Play Championship on Grayhawk’s Raptor Course to finish at 13-under-par 275, three strokes ahead of Hayes Dupree at -10.

“I had been hitting the ball good all week, and then today I started off slow,” said Lampson. “I really had to turn it on the back 9. I got some momentum going on 10. I just kind of rolled from there. Made quite a few putts on the back to keep the flow going.”

Lampson played in nearly 80 JGAA tournaments from 2008 to 2015, capturing the 2015 Charlie Beljan Invitational and 2014 Scottsdale Junior Championship in addition to four other wins. 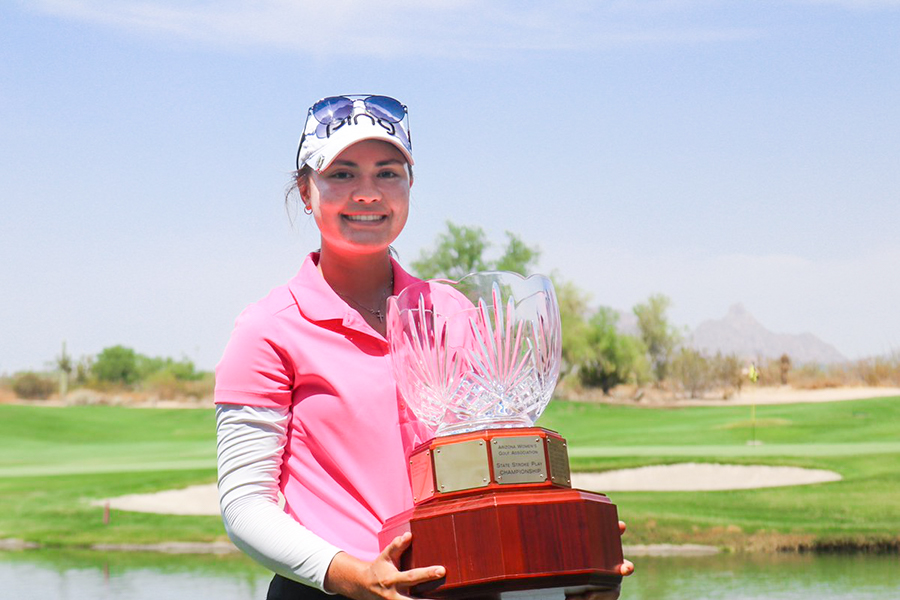 She sat one stroke off the pace after a first-round, 1-over-par 73, and responded in the second round with a 5-under-par 67, the low round of the tournament, to carry a four-stroke lead into the final round. Menne buried a double bogey on No. 2 under three birdies on 5, 7 and 8 to make the turn at 1-under par. She finish the back nine at even par to restore her four-shot lead and capture the title at 5-under-par 211.

“The first round, everything was kind of a blur. I was just so disappointed that I was like ‘I have to do better tomorrow; this is not like me at all,’” said Menne, 18, after the win. “The second day, I kind of just got it all together and was more focused on what was in front of me rather than daydreaming. I went out and was a little more aggressive and made some good putts and went with the flow.”

A freshman on the ASU Women’s Golf team, Menne’s record in JGAA play is unlikely to ever be surpassed, to put it mildly. She logged 140 tournaments since joining the JGAA in 2012; moreover, she won 86 of them, which works out to a remarkable 61-percent wining rate.

Congratulations to all on the championships!