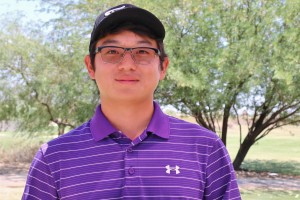 Trueman Park – a Hamilton High School graduate who will be attending the University of Arkansas Little Rock in the fall – joins Jack Snyder, a Desert Vista High School graduate and current member of the golf team at New Mexico State. They will take on North Carolina’s Pinehurst Resort & Country Club No. 8 for the stroke play portion and No. 2 if they’re fortunate enough to advance to match play.

On the women’s side, Jenny Bae and Madasyn Pettersen are teaming up for the U.S. Women’s Amateur Four-Ball to be played at The Dunes Golf & Beach Club in Myrtle Beach, South Carolina. Bae is a Chandler resident, while Pettersen splits time between Fountain Hills and Illinois.

Xavier College Preparatory graduate Mikayla Fitzpatrick, who just finished her freshman year at Xavier University, is teaming up with her teammate on the Xavier Women’s Golf Team Lindsey Murray.

Both events kick off with stroke play competition May 27-28, match play follows on May 29-30, and the semifinals and championship rounds take place Wednesday, May 31.