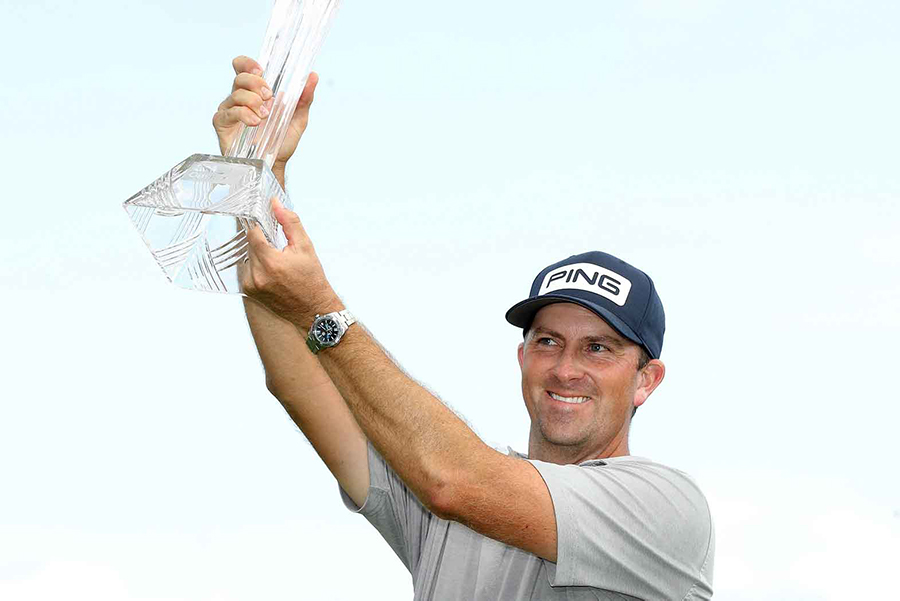 We all know Michael as the host and sponsor of The Thompson Invitational for nearly 10 years. Now the world knows him as a two-time champion on the PGA TOUR.

“It’s been a long time.” That was the first thing he said during a greenside interview with CBS’s Amanda Balionis moments after recording his first PGA TOUR win since the 2013 Honda Classic.

“I’m really sad my wife and kids aren’t here to celebrate this with me. I can’t wait to see them. Babe, I love ya,” he said with a quiver in his voice before snapping back to business. “I just played such good golf today. Stayed within myself, believed in myself. I couldn’t have asked for anything more.”

Although Thompson appeared to have the tournament under control all along, he admitted “it was a shootout today, I mean, anyone could have won.”

The shootout analogy seems apt from a guy who grew up near Tombstone, and if we take it a bit further, Thompson clearly got the drop on the field after an incredible, long bunker shot on the 16th hole that set up a birdie.

“That bunker shot, actually, I love bunkers. That was the one thing that I did as a kid after I got home from school,” he said. “I would go sit in a bunker for a couple hours and just hit bunker shots. I have really good feel in the bunker, good visual for how I want the shot to come off. For that to happen on the 70th hole, potentially give me a one-shot lead. If I make birdie there, it was perfect timing.”

Thompson recalled moving to Tucson “around the 8th grade,” passing time after school at Forty Niner Country Club “just practicing for five hours until it was dark. I used to walk to the golf course, hit a few balls, then go putt and hit bunker shots, that was kinda my favorite thing to do.”

The Rincon/University High School grad admitted he “relied on those memories” to make the improbable shot under immense pressure. And since 2012, he has been providing the next generation of local golfers with a place to sow the seeds for their own garden of memories for future harvest, just like he did. 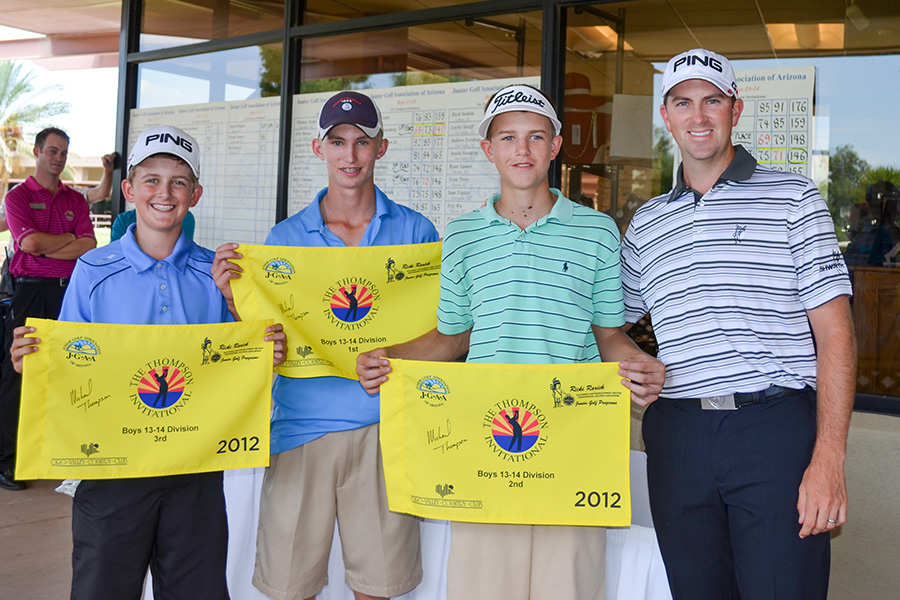 “I wanted to give back, and I learned a lot of the other golfers held junior invitationals in their hometowns, so this was a natural for me,” he explained in an interview with All Sports Tucson.

“I talked with coach Susie and the JGAA and we came up with this invitational. All of my sponsors came on board and we have hats, balls, shirts and we get to play on this course. I believe these are the best greens in all of Tucson,” Michael added.

Oro Valley Country Club has been the venue for The Thompson Invitational from the beginning with a host of top Arizona juniors competing for top honors.

“My advice to young players is to learn to enjoy the game and work hard at it,” he said. “Try to enjoy each experience. There is nothing like playing with 20 people watching and you are on the big stage. Sure you are nervous but have fun.”

After all, it’s a blast to bury 15-footers for the championship.

“I had such a good read, it was uphill right-to-left,” said Thompson. “I said to myself before I hit it: ‘best putt of the day.’ And sure enough, I hit it absolutely perfect, and it went right in the middle. You can only dream of making a putt on the last hole to win a tournament.”

The dream must have felt like it was fading away for Thompson after a seven-year slumber between wins. 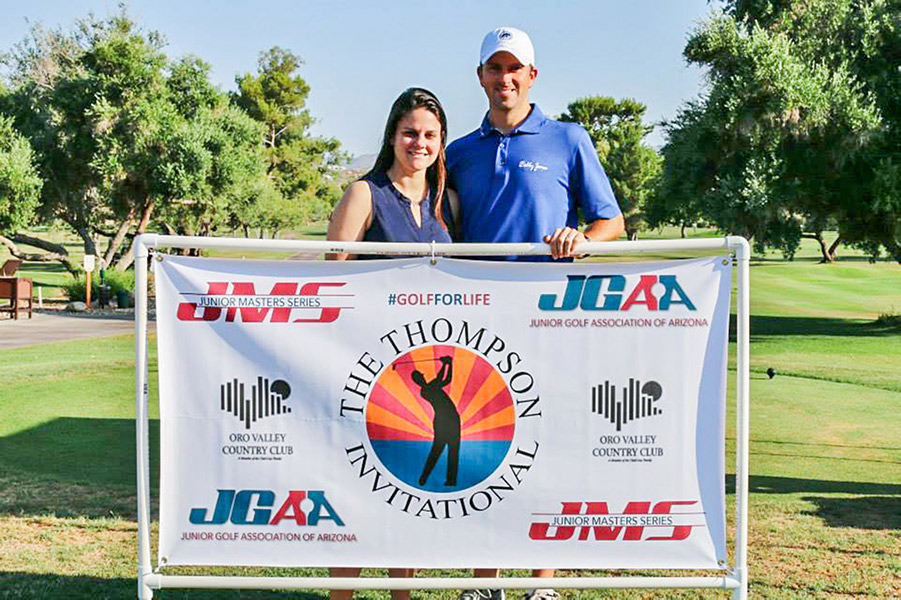 “My wife has been a rock for me, continually telling me that ‘you’re good enough; you belong out here; you’re supposed to be out here.’ And just hearing that day-in and day-out, even when I’m not feeling it. It’s just incredible to have somebody like that in your life.”

On behalf of the entire JGAA family, we’re happy you’re in our life, Michael. Congratulations, and thank you for all you do for Arizona’s junior golfers. Best of luck in Memphis this week and, of course, the PGA Championship and US Open just over the horizon.