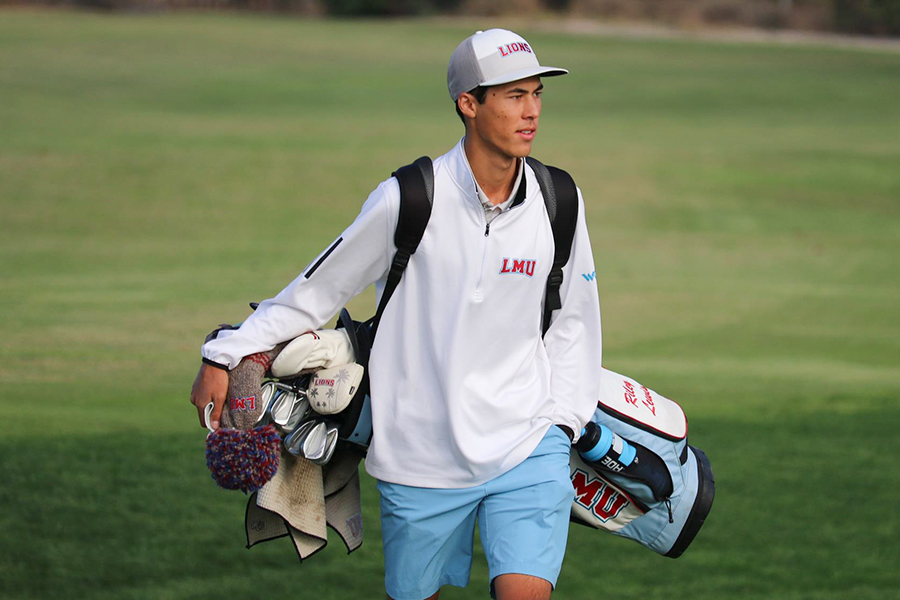 With, no doubt, many other examples to choose from, here are a few JGAA alumni in recent headlines. Riley Lewis helped Loyola Marymount University Men’s Golf win back-to-back team titles for the first time since 2006-07 at the Sacramento State Invitational, March 1-2. Furthermore, for the first time in program history the team took home the individual title three tournaments in a row when Lewis climbed atop the leaderboard to earn his first collegiate tournament win (64-72-69—205). The opening-round 64 is a career-low for the freshman, and he finished with 15 total birdies, a tie for the most in the 90-player field.

Ashley Menne “made waves” at the Bruin Wave Invitational, hosted at The Saticoy Club, March 1-3. For the first time in program history, Sun Devil Women’s Golf claimed the team title. Another first, Menne’s score counted this time around, and she responded with a strong T12 performance in her debut.

Alongside Lewis in the same event, teammate and fellow JGAA alum, Gavin Cohen earned his fourth top-3 finish of the season, tying for third at 69-68-70—207.

JJ Gresco led UNLV Men’s Golf to a wire-to-wire win at the Jackrabbit Invitational, March 3-6. The UNLV senior was the Rebels’ top finisher, placing second – three shots off the lead – at 12-under 204 after a final-round 5-under 67. Another JGAA alum in the field, Ali Hammed finished in 8th place playing for Southern Utah University.

Freshman at Grand Canyon University, Carly Strole helped the Lopes defended home turf at the GCU Invitational, March 1-2. Joined by teammate and JGAA alum Alexis Linam, who finished T12 for the event, Strole saved her best for final round, shooting 5-under par to finish T5.

“Carly’s always willing to learn,” Lopes head coach Lauren Giesecke. “She always wants to pick our brains. She wants to know, ‘How can I get better?’ and then she does it the next time around. She’s a quick learner. She has a lot more to learn, but she’s killing it right now.”

Strole made consecutive par saves down the stretch before a dramatic three-consecutive birdies, including a 30-foot putt on the 18th hole.

“Coach B walked up to me and said, ‘We’re only leading by four; we need to step it up,’” Strole said. “It was just cool to feel like I was doing something for the team, more than myself, and wanting that team trophy. It was so cool for me to come off and have everybody hug me and just be so happy for me. What a good atmosphere. We all want each other to succeed so I feel like we all push each other to be better.”

At the Embry Riddle Spring Invitational, held March 7-9 at Antelope Hills GC in Prescott, JGAA alum Mason Domecq fired a first-round 62 en route to the individual championship for Ottawa University-Arizona. Thanks in part to a matching 62 shot by third-place finisher, Hector Barnetche – another JGAA alum and teammate of Domecq’s – Ottawa took home the team title, too. Domecq recorded three eagles and four birdies in the round while Barnetche had two eagles and seven birdies.