Delgadillo wins by one; Frick by two 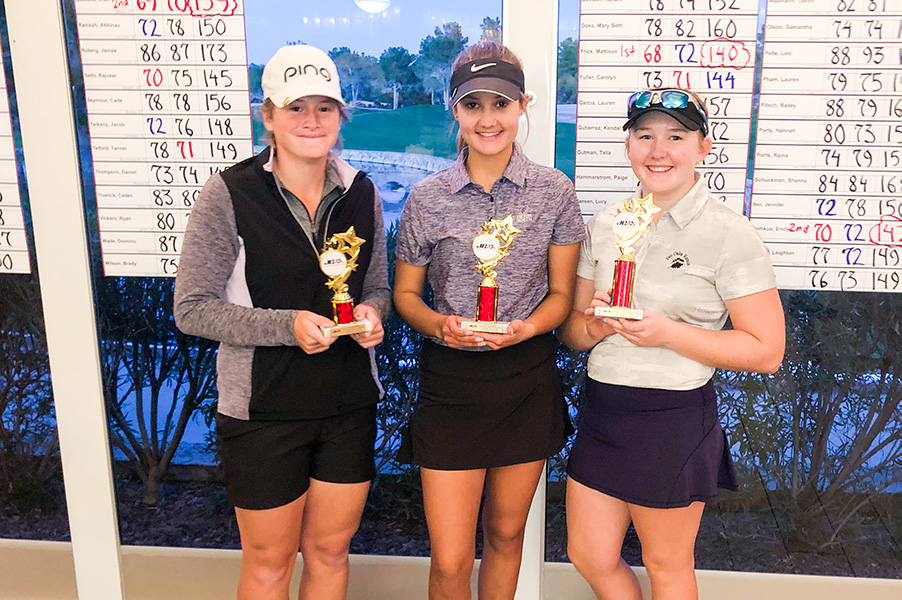 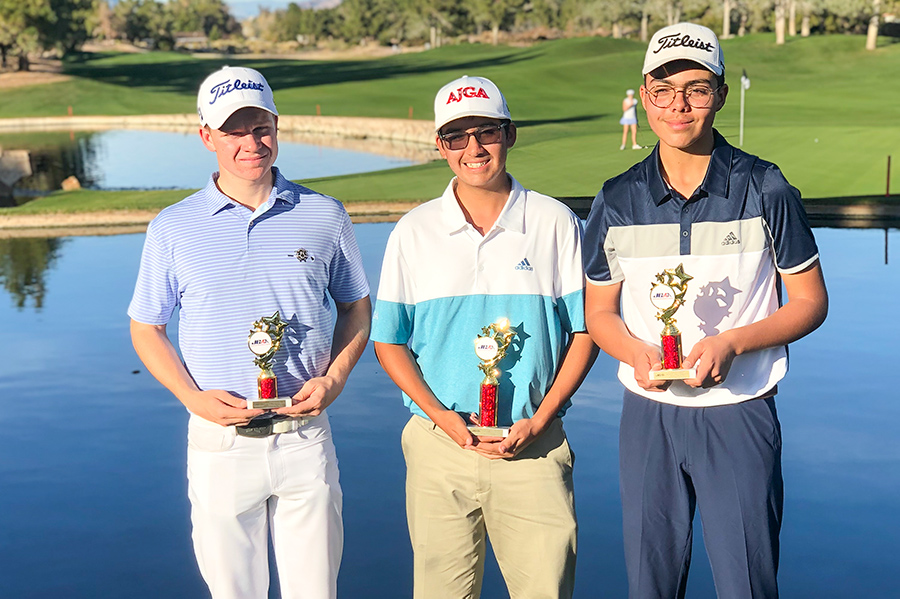 Javier Delgadillo of El Paso, Texas came out on top in the Boys Championship division with a score of 6-under-par 138 at Raven Golf Club Phoenix, one stroke ahead of Alan Quezada of Phoenix and Cade Anderson of Scottsdale who both finished T2 with identical rounds of 69-70 (5-under-par 139). After a first round 70, Delgadillo began the final round one stroke behind Quezada and Anderson before shooting the low round of the tournament, 68, to pull ahead for the win by one. It is his first JGAA win in only two starts.

Also contested at Raven, Mattison Frick of Peoria and Carly Strole of Avondale finished round one in the Girls Championship division holding a share of the lead after a pair of 4-under-par 68s. Frick then separated herself from the pack with a second-round 72 to win at 4-under-par 140. Strole finished two strokes back at 2-under-par 142 along with Emily Shimkus of Cave Creek who fired two steady rounds of 70-72. The win is Frick’s first of the season to go along with two wins last year.