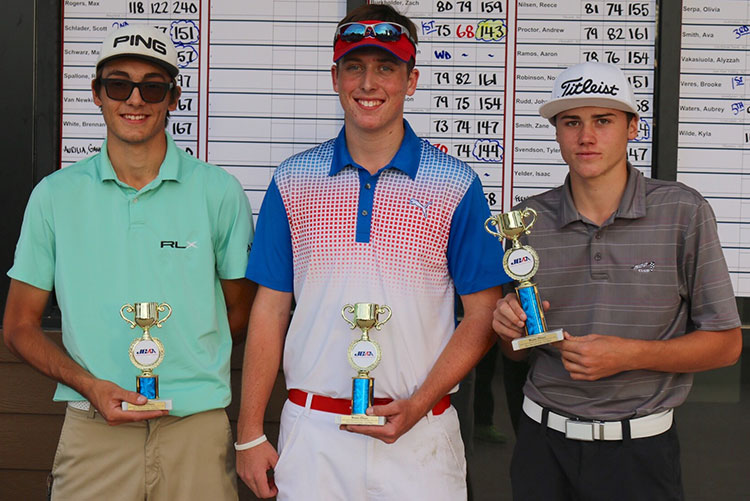 In the Boys Championship Division, Jake Carlson of Phoenix got off to an incredible start on the front nine of the final round with seven consecutive birdies. He made par on No. 8 before adding his eighth birdie at the ninth hole of the par-71 Grand Canyon University Golf Course to card an 8-under-par 28. Although he cooled off a bit on the back nine with a five-over-par 40, Carlson finished the 36-hole tournament at one-over-par 143 (75-68). This was enough to edge out Zane Smith and Brock Goyen who finished tied for second at 144. Smith won the scorecard tiebreaker to take second-place honors. 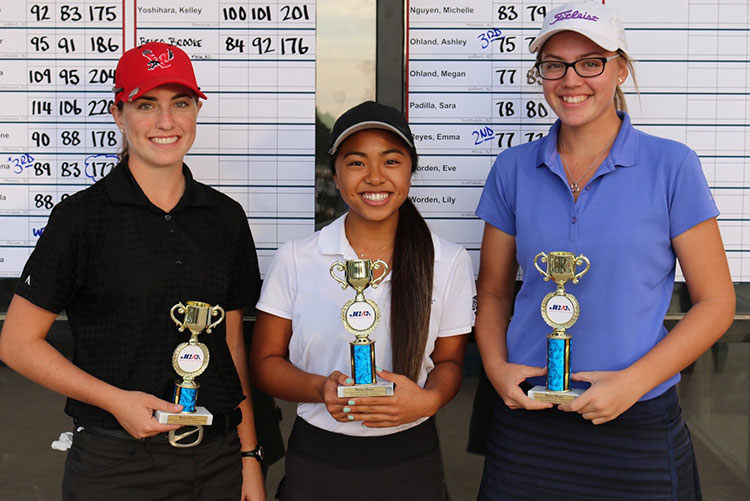