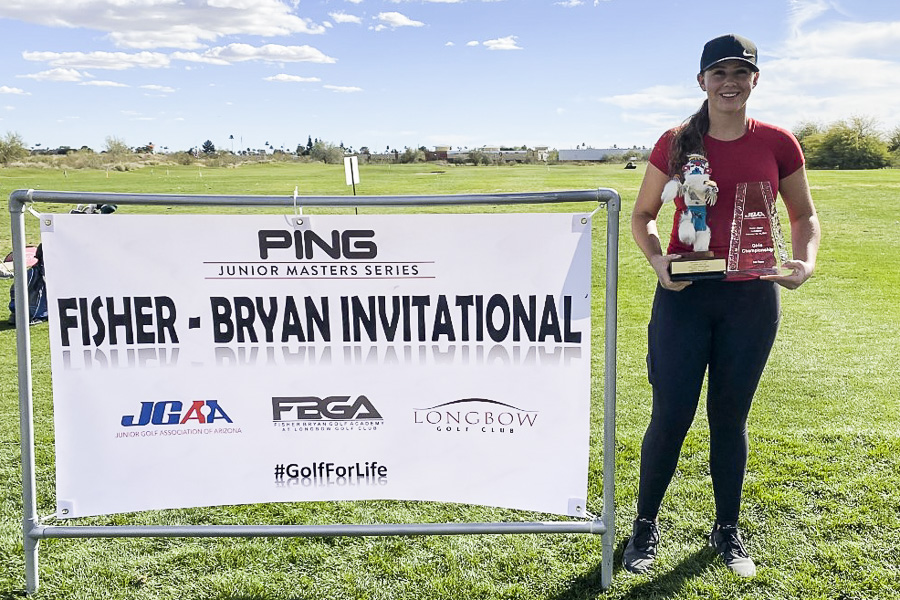 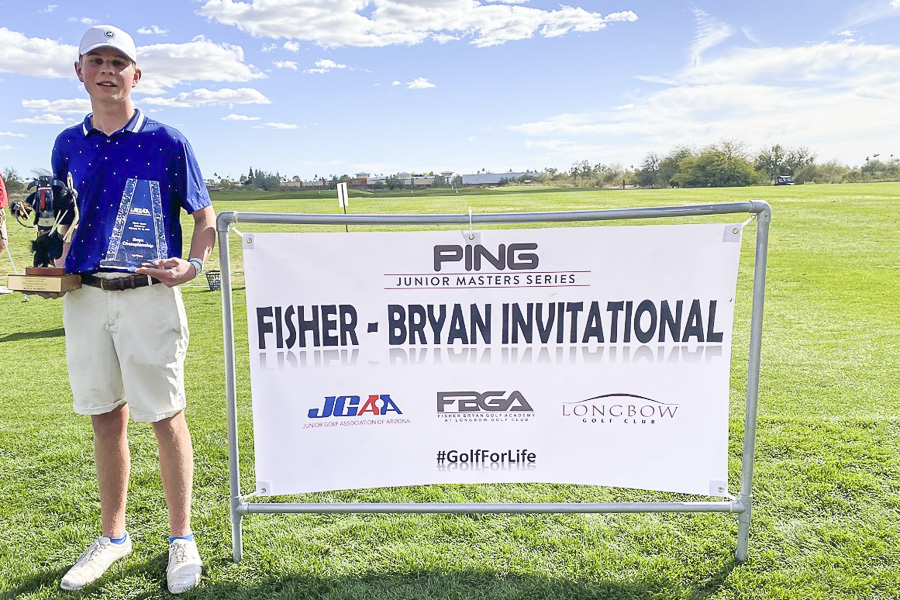 In the Girls Championship division, Kendall Todd of Goodyear held the first round lead after an even-par 71. Vying for her second-consecutive PING Jr Masters Series win of the season, the UNLV commit sat two strokes ahead of Grace Summerhays of Scottsdale, who in late January finished in second place to Todd in her PING Jr Masters series win.

In a final round duel, Todd and Summerhays made the turn tied at 1-over par. Todd picked up a birdie at 12 to take the lead, which Summerhays leveled with a birdie at No. 16. Summerhays then pulled ahead be one stroke with another birdie at No. 17, before matching Todd’s birdie on the final hole to win the championship by one stroke at 2-under-par 140 (73-67). Todd finished solo-second place at 1-under-par 141 with rounds of 71-70. Abby Schutte of Goodyear finished T3 at 4-over par after shooting 76-70—146, and ASU-bound Calynne Rosholt, likewise, finished T3 with rounds of 76-70.

On the boy’s side, Cameron Kaiser of Scottsdale set a high bar in the first round with a bogey-free, 5-under-par 66 to lead the Boys Championship division by three strokes over Joseph Lloyd of Scottsdale at 1-under 69.

In the second round, Nicholas Watts of Springfield, Oregon caught up with Kaiser with a 3-under 68, including four birdies in the final six holes, to force a playoff at 4-under-par 138. Kaiser was looking for his second PING Jr Masters Series tournament win and Watts his first. They pushed the first playoff hole, the par-5 18th, with birdies before Watt went on to make another birdie, once again, on 18 for the win.

Rylan Johnson of Gilbert shot 70-71—141 to finish in third place at 1-under par. And seventh-place finisher, Brayden Bozak, of Gilbert tied the low round of the tournament with final round 5-under 66, which included an eagle-2 on the par-4 4th hole.

“Tight finishes in both divisions certainly make for an exciting tournament,” said Scott McNevin, Executive Director of the JGAA. “Thank you to the Jeff Fisher and Stacie Bryan, of the Fisher-Bryan Golf Academy, for all they do for junior golf. And thank you to Longbow for hosting our second PING Junior Masters tournament.”