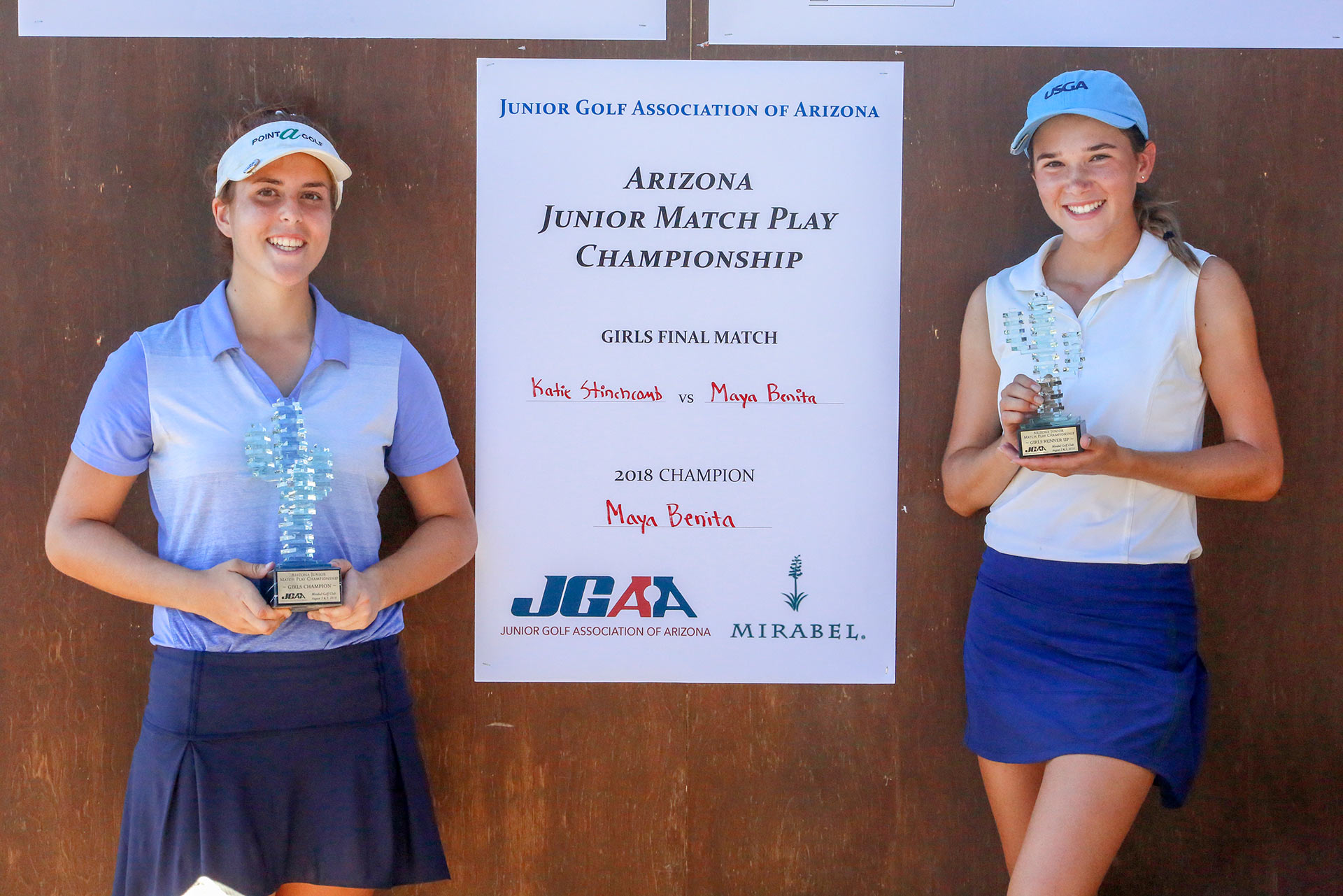 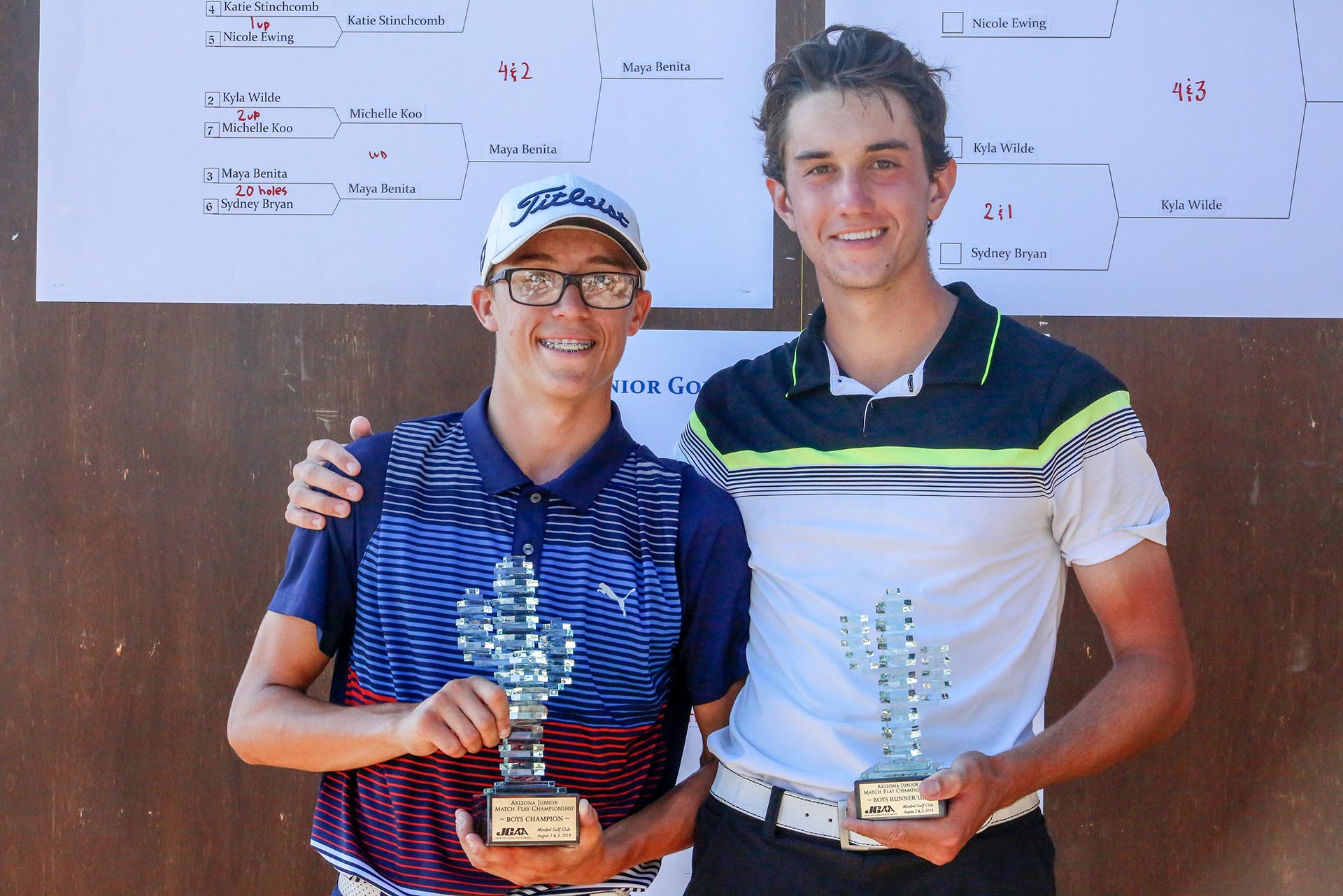 Mesa’s Damon Vilkauskas topped the field at the Arizona Junior Match Play Championship held at Mirable Golf Club August 2-3. Vilkauskas’ margin of victory grew tighter as the event went on with a 3 & 2 victory in the first match followed by 2 & 1 in the second and 1 Up in the third before winning 3 & 1 over Pierce Braun of Phoenix in the championship match.

The top 16 boys in the state were invited to play based on their point totals in the JGAA’s Championship Division Player of the Year race through the 2018 Phoenix City Junior Championship. Vilkauskas lived up to his No. 1 seed, and Braun outperformed his 14th seed by prevailing over the No. 2 and No. 3 seeds on the way to the championship match with Vilkauskas.

On the girl’s side, Maya Benita of Tucson started out with a win in 20 holes in her first match. In the second match, her fellow competitor was forced to withdraw due to illness before Benita eventually prevailed over Katie Stinchcomb of Cave Creek 4 & 2 in the final match to win the championship.

The Top 9 girls in the state based on their point totals in the Championship Division Player of the Year selection process through the Phoenix City Junior Championship will be invited to participate in the tournament.