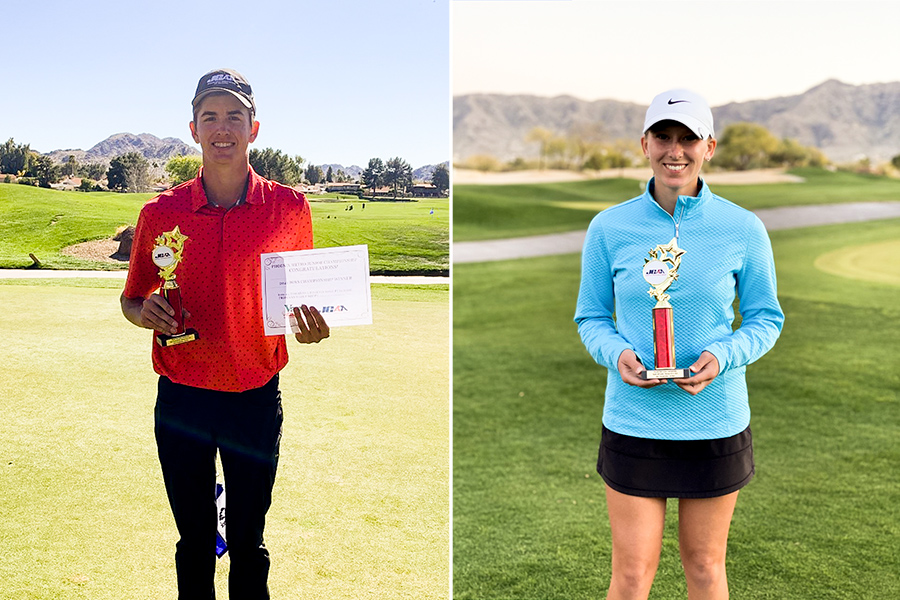 The Phoenix Metro Junior Championship presented by Van’s Golf Shops teed off February 20-21, with the Boys Championship division competing at Stone Creek Golf Club. Bryan Beyer of Mesa opened a four-stroke lead in the first round after firing a 5-under 66, which included four birdies and an eagle. In the second round, Charlie Palmer of Phoenix took the lead – and the championship – with a 3-under 68. He finished the tournament at 2-under-par 140 (72-68), three ahead of Beyer (66-77) and Tucson’s Daniel Henely (75-68) tied for second place at 1-over-par 143.

In the Girls Championship Division, Mackenzie McRee of Tucson and Avondale’s Aaryanna Morris shot first round 72s at Aguila Golf Course to sit tied for first place. McRee followed with a 2-under-par 70 in the second round to pull ahead of the field by two strokes at 2-under-par 142 for the tournament. Jennifer Seo of Chandler put up a bogey-free, 5-under 67 in the second round to earn second place at even-par 144. Mattison Frick (77-68) of Peoria and Makenzie Cooper (75-70) of Litchfield Park tied for third place at 1-over-par 145.