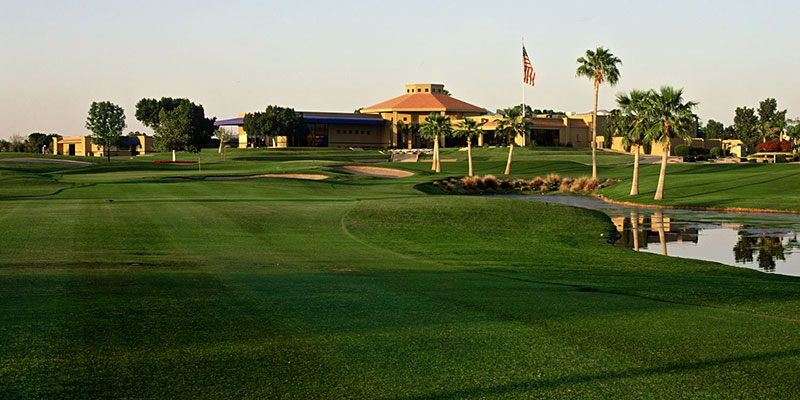 The second event of the JGAA’s Junior Masters Series, the Charlie Beljan Invitational, kicks off this weekend, May 2-3, at Alta Mesa Golf Club. The 36-hole, invitation-only event is tailored to Arizona junior golfers with the desire and ability to compete locally against their top-ranked peers. Beljan joins another local professional golfer, Bryce Molder (host of the inaugural event in March) as high-profile tournament ambassadors for the newly created Junior Master Series.

“I’m excited to partner with the JGAA to host an event at my home course at Alta Mesa Golf Club,” said Beljan. “Our goal is to have the best Arizona junior golfers compete locally and on a championship course.”

The field for the event is limited to 72 players (68 currently registered – 51 boys and 17 girls, full roster below) who were invited to compete by virtue of their national ranking by Junior Golf Scoreboard – boys must be in the top 3,000 and girls in the top 1,500. Tee times for both rounds are scheduled for 12-1:30 p.m., with an awards ceremony and dinner following play on Sunday. Live scoring can be found here.

“The Charlie Beljan Invitational is designed to give our junior golfers more opportunities to compete against highly ranked players without traveling far from home,” said Scott McNevin, Executive Director of the JGAA. “It’ll also help them prepare for college golf, and engage with local professionals like Charlie Beljan and Bryce Molder.”

Player Spotlight:
The field includes David Ricciardelli of Scottsdale, who won the AM&E Classic presented by Bryce Molder, the first event in the Junior Masters Series. He finished T2 at The Phoenix Metro Junior Championship and followed that up with a fourth-place finish at The Thunderbird Invitational.

Scottsdale’s Michael Feagles enters the field after posting an 8-under, second-place finish at the AM&E Classic presented by Bryce Molder, eight shots ahead of third place and two behind first. He finished in the top 10 at The Thunderbird Invitational and won the 2014 Phoenix City Junior Championship.

Jake Chanen of Phoenix finished T4 at the AM&E Classic presented by Bryce Molder along with a solo-second-place finish at The Thunderbird Invitational. In 2014, Chanen carded a 6-under, two-day total to top his peers at the USGA Junior Amateur Qualifier.

On the girl’s side, Scottsdale’s Emily Mahar won the AM&E Classic presented by Bryce Molder and has not finished worse than fourth place this year in any JGAA event – tied for 3rd in both The Thunderbird Invitational and the Desert Mashie Spring Championship, and she finished 4th at The Tucson Conquistadores Spring Classic.

Elizabeth Caldarelli of Scottsdale, recently took second place at The Tucson Conquistadores Spring Classic and finished in fifth place at the AM&E Classic presented by Bryce Molder. She started 2015 with a top-10 finish at The Thunderbird Invitational, and in 2014, Caldarelli won the West Valley Junior Championship.

Phoenix’s Megan Knadler tied for second place at the AM&E Classic presented by Bryce Molder recently and finished in the top 5 at The Thunderbird Invitational. Megan also had four top-5 finishes in 2014.

The JGAA’s Junior Masters Series consists of five regular tournaments and one Series Championship at some of the most prestigious courses in Arizona. Dates and venues for the balance of the schedule will be released soon. As with PGA TOUR players Bryce Molder and Charlie Beljan, the JGAA will call on local PGA or LPGA players to help launch each Junior Masters Series tournament.

Openings for junior players from neighboring states will be dependent on availability at each event. Qualified junior players can sign up for the Junior Major Series by visiting www.jgaa.org. To learn more about the JGAA and the Junior Masters Series, contact Scott McNevin, JGAA Executive Director, smcnevin@jgaa.org, 602-944-6168.