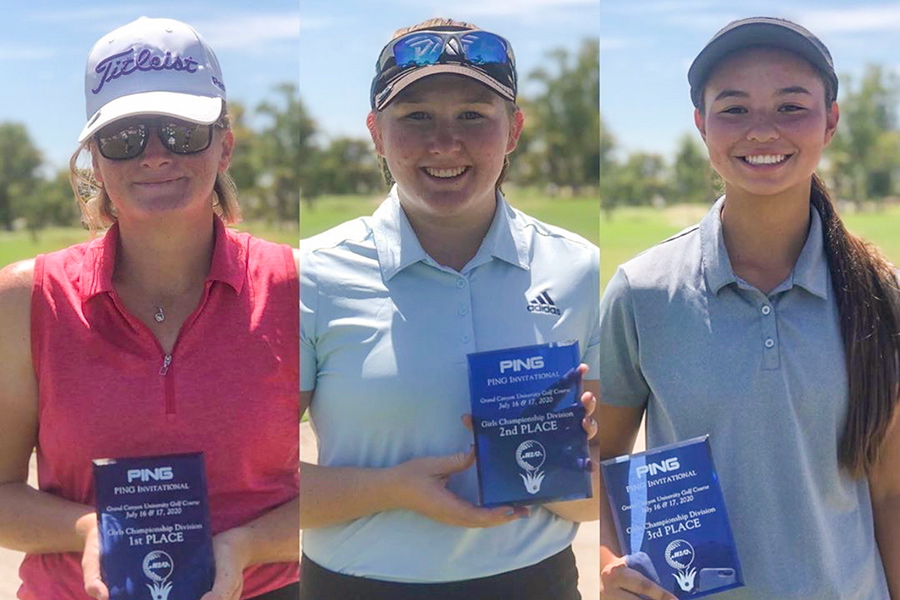 Carly Strole won the PING Invitational contested July 16-17 at Grand Canyon University Golf Course, which will soon become her home course in the fall as a member of the Lopes Women’s Golf team. Strole shot a 3-under 68 to sit in second place after the first round, one stroke off the pace set by Calynne Rosholt (67) of Cave Creek. Maya Benita of Tucson finished a stroke behind Strole in third place with a 69, Malia Uyeshiro of Queen Creek in fourth at 70 and defending champion, Mattison Frick of Peoria, in fifth at 71.

In the second round, Strole recorded three-consecutive birdies on holes 3-5 – a repeat of holes 2-4 in the first round – before bouncing back-and-forth between birdies and bogeys on the back nine to close out the competition with a 4-under-par 67. Strole’s 7-under-par 135 topped a grouping of four players tied for second place at 3-under-par 139 – Rosholt (67-72), Uyeshiro (70-69), Frick (71-68) and Benita (69-70). The win marked Strole’s fourth since 2018, with the latest in late June at the Mesa City Jr Championship. 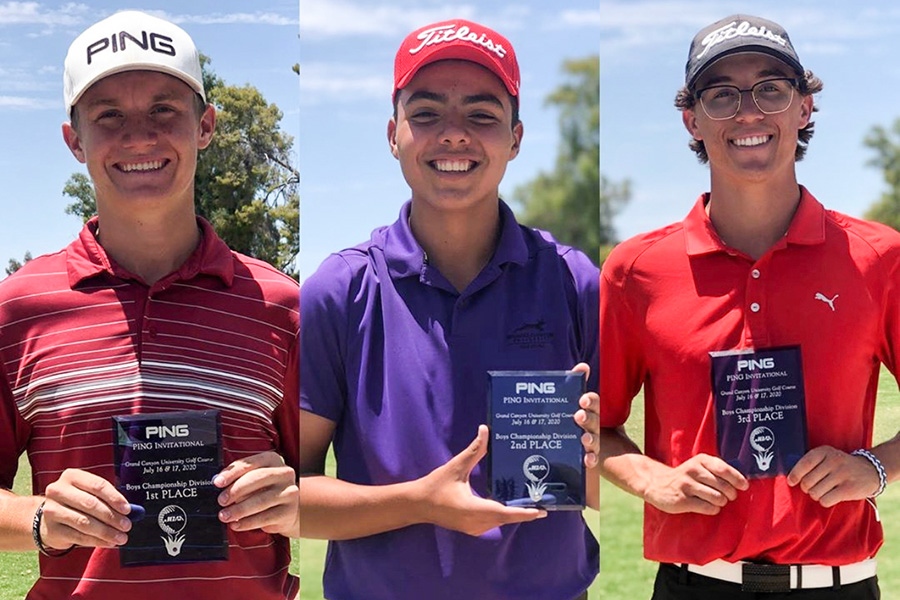 In the Boys Championship division, Ben Lorenz of Peoria jumped out to the first-round lead with a 6-under-par 65. Bound for the University of Oklahoma, Lorenz picked up where he left off in the first round with three birdies within the first six holes of the second round until Max Lyons, also of Peoria, outpaced Lorenz down the stretch with birdies on holes 16 and 18. Lyons fired a bogeyless 67-65—132 to win at 10-under par, one stroke ahead of a hard-charging Alan Quezada of Phoenix who fired a final-round 64 to finish in second place at 9-under-par 133. Damon Vilkauskas (68-67) of Mesa and Lorenz (65-70) tied for third place at 7-under-par 135.

PING is a family-owned company founded in 1959 in the garage of Karsten Solheim. Karsten’s frustration with his putting inspired him to design a putter, which made a “pinging” sound when striking a golf ball. Today PING is synonymous with innovation, quality and service in the world of golf.