Menne Tops the Field by 6; Kaiser Wins in a Playoff

Kaiser, T2 in the event last year, and eventual second-place finisher, Mason Quagliata of Scottsdale, put up matching scores each day (71-70—141, -3), forcing a playoff after 36 holes of regulation play. Kaiser birdied the first extra hole, No. 10 on Randolph North, to earn the championship. Noah Nuez of Leveen came in third place with a 2-over-par 146 (75-71), five strokes off the pace. 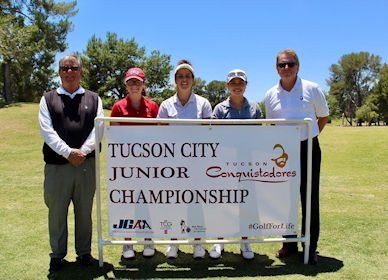 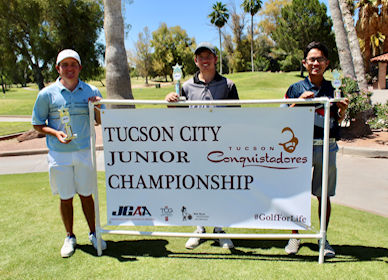 In the Girls Championship division, Menne fired rounds of 66-67—133 to finish in first place at 7-under par. Menne adds the 2019 championship to another win in 2016 and a third-place finish in 2017 at the Tucson City Junior Championship. Tucson’s Maya Benita came in second place, six shots behind Menne, at 1-under-par 139. She finished T6 in the tournament last year and fifth place in 2017. Last year’s champion, Madeleine Laux of Goodyear, (70-72) finished tied for third place at 2-over-par 142 along with Carly Strole (69-72) Avondale. Strole finished in second place behind Laux in 2018. 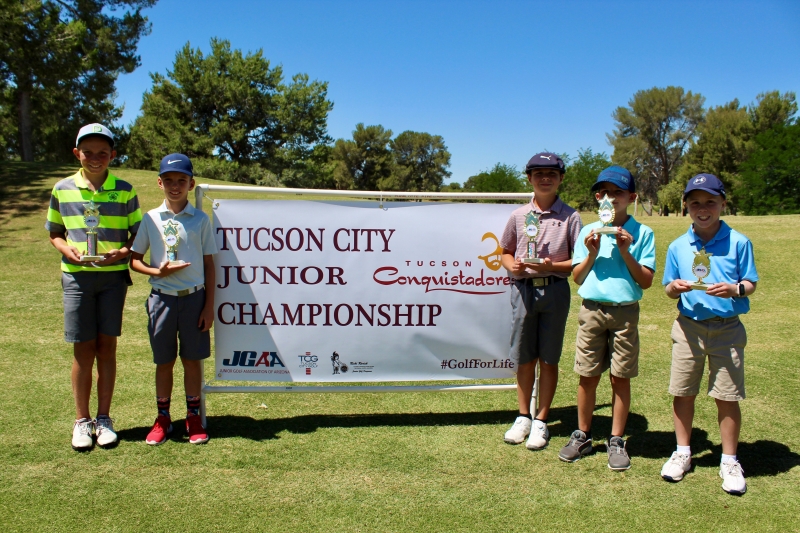 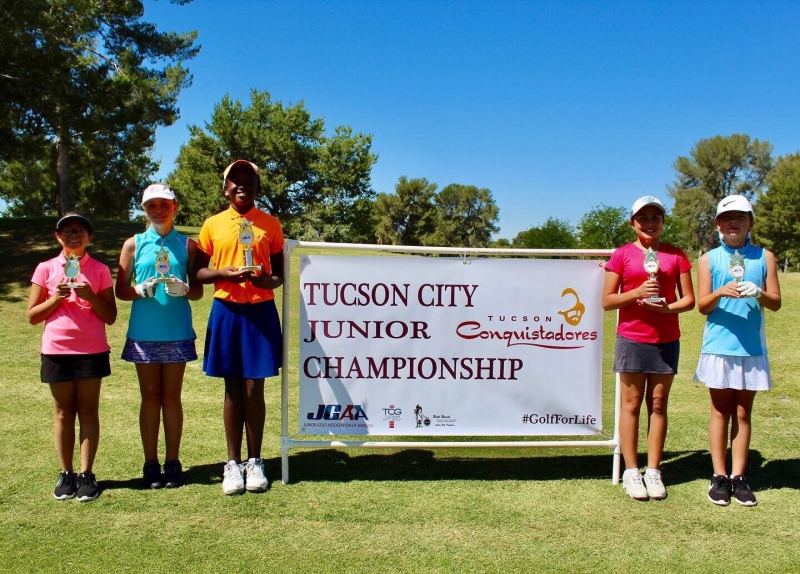 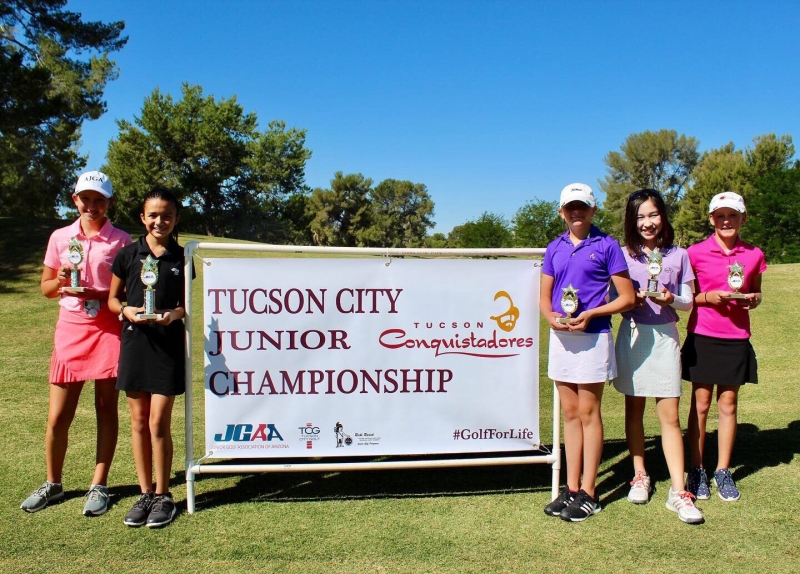 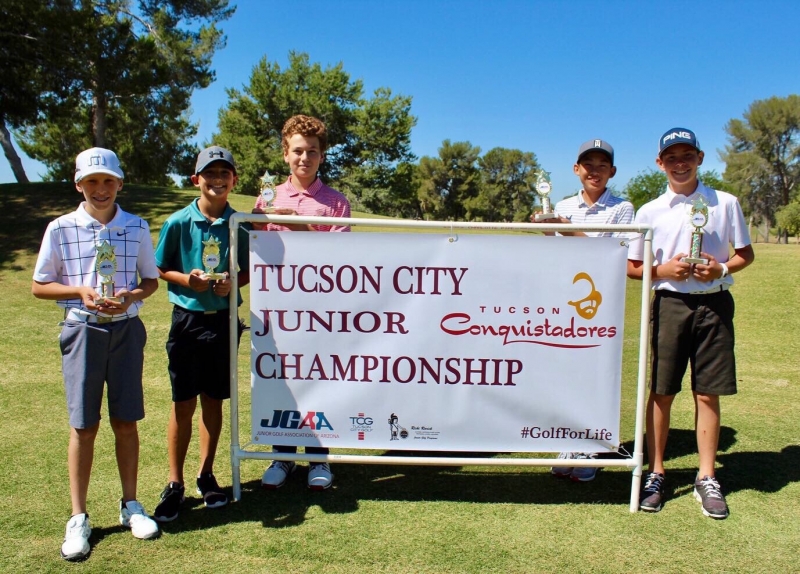 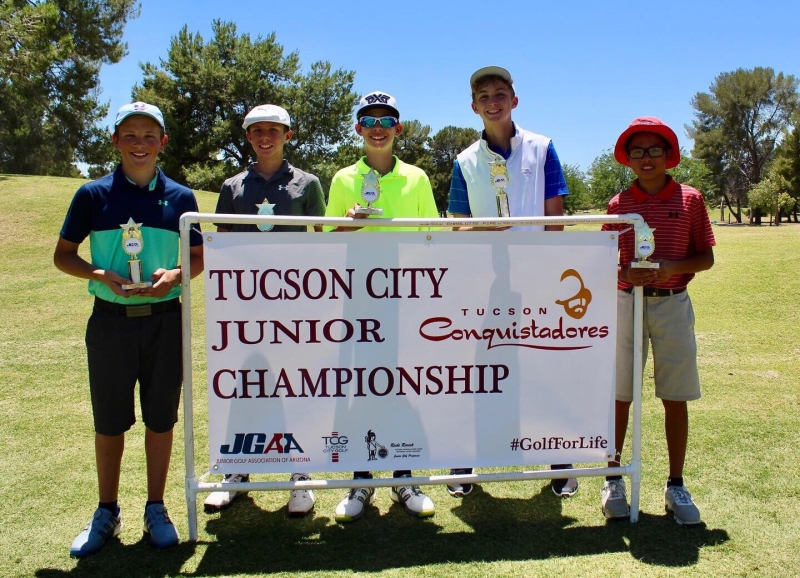 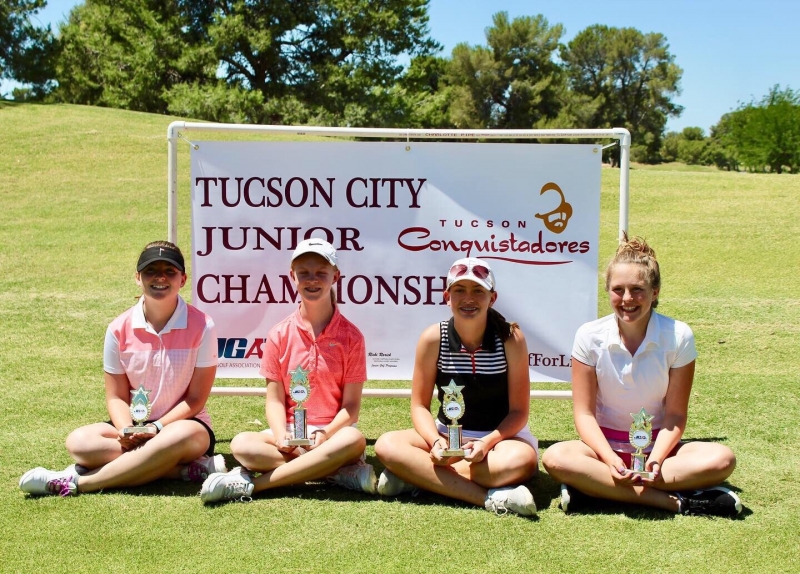 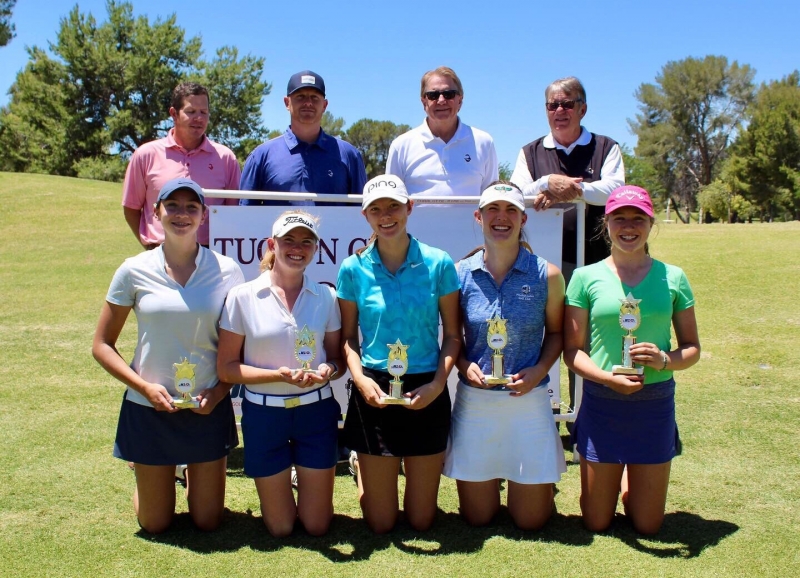 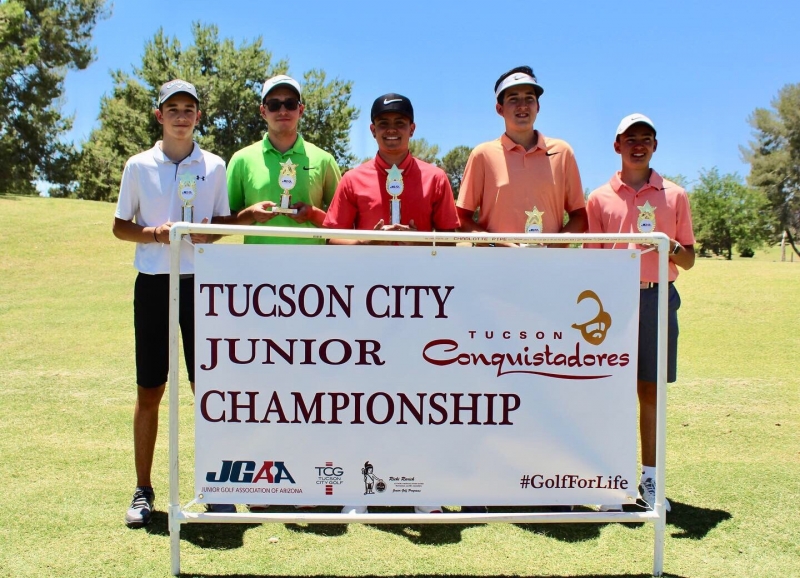 Diego Guerrero, 16, was awarded the Michael J. Harris Core Value Award for 2019. In JGAA play, he has notched seven top-10 finishes in 11 events entered since joining in 2016, including the recent fifth-place finish in the Tucson City Junior Championship in the Boys 15-18 division. An incoming junior this fall at Cienega High School, he will join the varsity golf team for the third year.

Guerrero also participates in Ricki Rarick tournaments, and as a key member of the Rolling Hills PING Interclub team, he is set this summer is to compete in several notable golf tournaments in Utah. Not only has Guerrero been a full-time honor roll student-athlete, he also works weekends at the Reid Park Zoo. After high school, Guerrero hopes to take his game to the collegiate level, while inspiring The First Tee of Tucson youngsters he mentors with the principle that golf is more than just a game, it’s a way of life.

This award is established in the memory of Michael J. Harris and is awarded to the player who demonstrates the qualities he lived by. Michael was a Tucson Conquistadores for 33 years and lived by their mission statement of being dedicated to continue the tradition of golf in Tucson and to promote and athletics. He lived his life as he played golf, with honesty, loyalty, good sportsmanship, integrity, respect, confidence, responsibility, perseverance and courtesy. He loved to play golf for the friendships developed on the course and the positive competitive spirit that comes with the game. He loved his community of Tucson, the people who lived here and he worked on many causes to make it a better place for all to live.

Professionally he worked in administration at the University of Arizona, was the administrator of a local hospital for 14 years, the CEO of a health care network and a realtor. His real passion, though, was his family, philanthropy and golf. He was founder or chairman of over 30 community originations including, but not limited to, the United Way, Rotary, Davis-Monthan 50 the Tucson Airport Authority.

Since its inception in 1962, the Tucson Conquistadores civic group has raised $33 million for young athletes. The group has an active membership of 60 business and professional men and a total membership of 215 who represent a cross-section of the Tucson community.

The Junior Golf Association of Arizona is a 501(c)(3) organization with the mission to educate, motivate and inspire Arizona’s youth through golf and all of the valuable lessons and life skills inherent to the game. In addition to hosting competitive events, the JGAA develops programs for local schools, assists golf courses with their junior programs, conducts college prep seminars and etiquette clinics. The Junior Ambassador and Guest Speaker Programs give JGAA students the opportunity to learn, develop and adopt successful habits and practices – both on and off the golf course – from a collection of prominent, civic-minded community and business leaders. The JGAA also awards two scholarship funds annually to high school senior members of the JGAA for their college education – the Tres Arnold and the John Wolfinger Memorial College Scholarships. The JGAA’s strong belief in teamwork and cooperation has guided the organization for more than 30 years and is instilled in all of its members. For more information about the JGAA, visit www.jgaa.org or call 602-944-6168.