Miller birdie three of last four to hold on; Long wins by one

The Winter Classic teed off December 14-15 with a field featuring more than 160 junior golfers from across the Valley – boys and girls ages 8-18 – competing in five age groups. 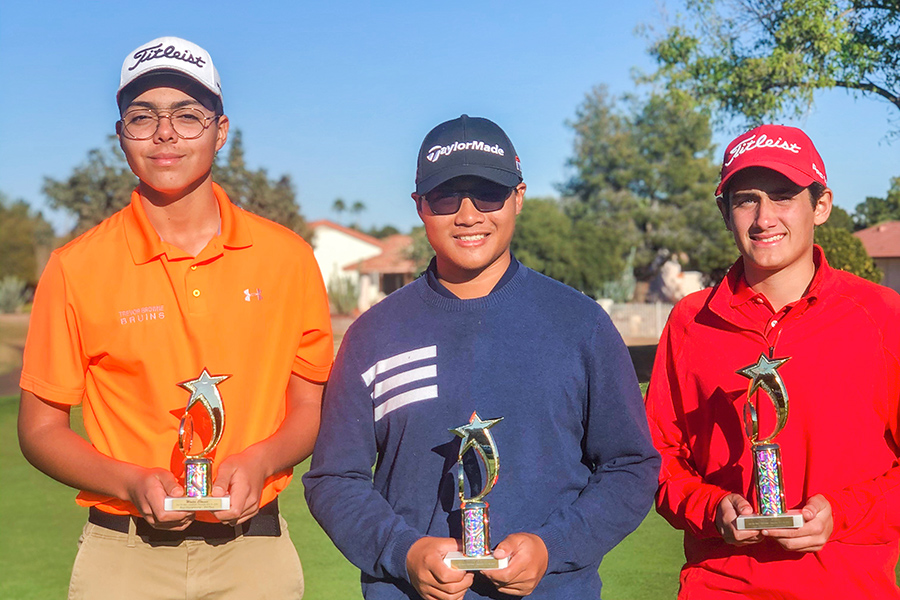 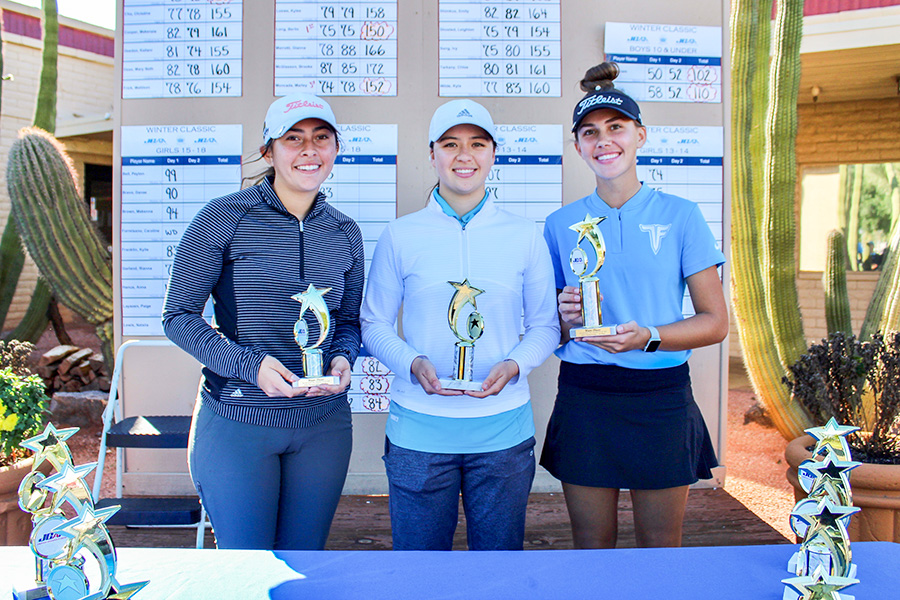 In the Boys Championship division held at Grandview Golf Course, Adam Miller of Phoenix fired two rounds of 68 to finish in first place at 8-under-par 136. Down the stretch in the final round, Miller birdied three of the last four holes to edge out second-place finisher, Anawin Pikulthong (68-69), of Gilbert by one stroke. Pikulthong, who held a share of the first-round lead, put on a show of his own by starting out strong in the final round with a 4-under-par front nine. The win marks Miller’s first in the Boy’s Championship division to go along with many wins in other age divisions since joining the JGAA in 2012. Alan Quezada (69-74) of Phoenix came in third place at 1-under-par 143, seven strokes off the Miller’s pace.

In the Girls Championship division, Berlin Long of Lehi, Utah, posted a pair of 75s at Sun City Country Club to win with a 6-over-par 150 performance, one stroke better than Joy Callinan (73-78) of Chandler who finished at 7-over-par 151. Marley Moncada made the trip up from Tucson to take third place at 8-over-par 152 (74-78).